The Closet Staple that Will NEVER Go Out of Style... #OOTD

The wrap dress is one of the most universal and iconic silhouettes that has made its way into a number of women's closets over time. Recreated in 1974, by designer Diane von Furstenburg, this dress is a simple one piece of fabric, made to cross at the chest area and cinch at the waist, all by tying together two ties. Worn by celebrities, educators, politicians, businesswomen and more, the wrap dress also looks good on every body type and Diane's style was specifically made famous for its use of jersey fabric, a breathable clingy texture. Symbolizing freedom in women's sexuality, mental health, and overall empowerment of womanhood, the wrap dress became a popular icon in the 70's for the liberated woman. 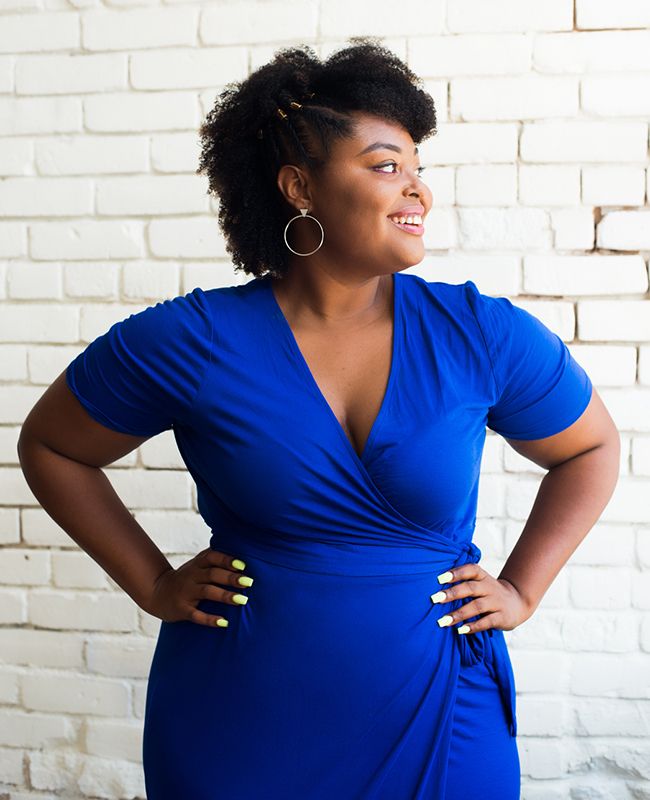 When asked about the status of the dress as a fashion staple, Diane stated "It started as a wrap top and skirt, and I thought it would make a simple and sexy dress. I had no idea it would be such a phenomenon. It was so effortless, and it allowed women to go to work and still feel like women…I used to travel all over the country, meeting someone in different cities and helping them to tie their wrap dresses. I could always see the way it changed a woman once she put it on…It was a very empowering thing for me, and for them." - Refinery 29. 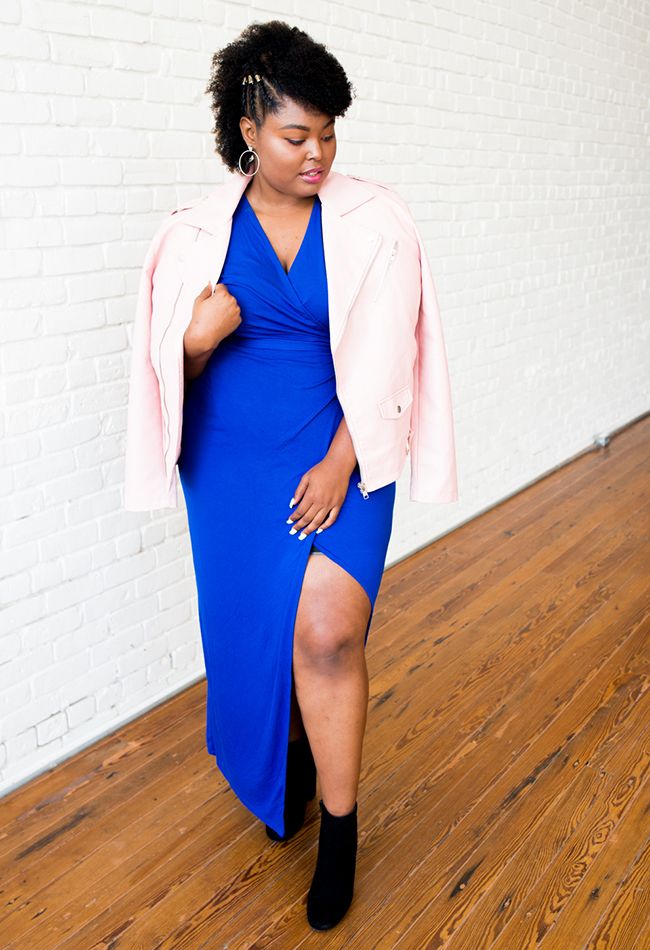 I have a pear shape body and find quite a bit of sexiness and confidence in wearing clothing that flatters my curves while also allowing me to still be comfortable. The wrap dress has always been one of my faves for how it makes me feel, and plus I love a good minimal outfit that speaks for itself. While my pockets can't quite afford the original style though, I did find a super chic and very on trend alternative at Forever21 Plus! Instead of going for my normal neutral pallet, the cobalt blue hue also stood out to me as a new way to bring color into my wardrobe, but also sticking to my love of basics. In the world of fashion, ya know you gotta live a lil bit and I've been feeling bold lately, so playing with color will definitely be sticking around and this dress was a fun first option. 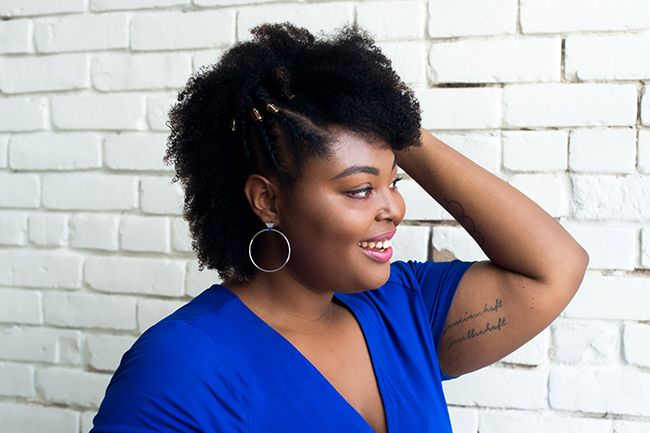 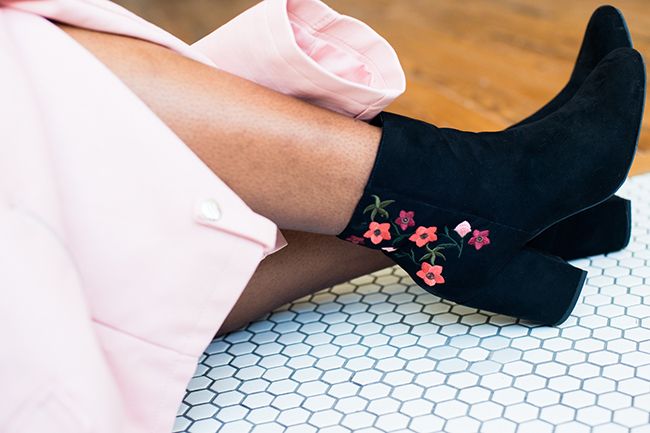 Accessorizing this look also proved to be a feat, as I didn't want to go the uniform route of dressing her up for a night on the town look, which is how I would normally rock this. Instead, I went for my version of a "dinner and drinks in San Fran, before we head to a lounge that plays house music" vibe. I threw on a light pink faux leather Moto jacket from Forever 21 (v millennial right?). *Fun Fact: I found this in the men's section! Just a little reminder that fashion is evolutionary and not defined by gender constructs.* And for my shoes, I chose a black bootie from Nordstrom Rack with little embroidered flowers, because it's all about the understated details for me. 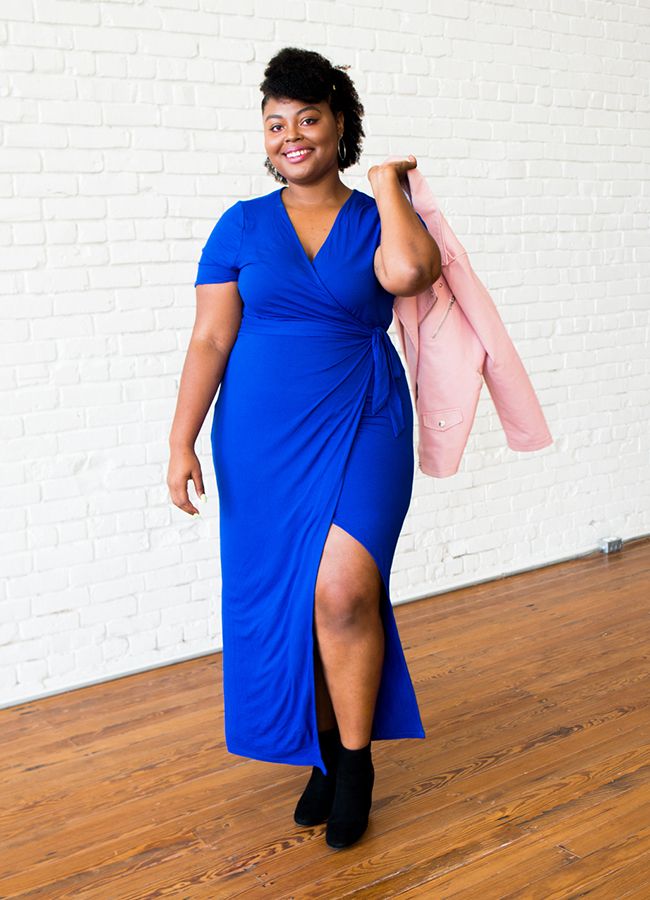 My style evolution is something serious right now as I am starting to wear things that make me feel good, mentally and emotionally. So whether that be a slinky wrap dress one day or sweats and Huaraches the next, if I feel good, I look good. With the wrap dress being such a known style, I knew I had to take my own personal go at it.

Did I feel liberated? Um yeah! But most importantly, I felt like the true boss that I am. Thanks DVF for your feminism and creativity!

All photos courtest of @cassandra_Jk