The Hierarchy of Natural Hair: Are Locs Counted Out?

The fear of being accepted outweighs the desire of being true to who we really are. 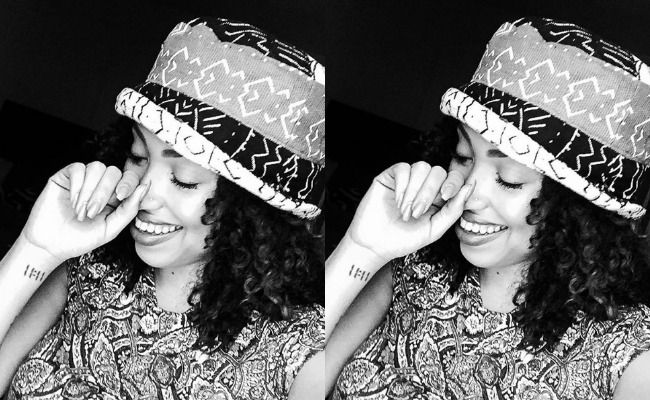 In a recent article with Madame Noire, YouTuber Taren Guy addressed some of the scrutiny she has faced surrounding her new natural hair journey, freeform locs. While those of us who wear locs can probably relate to her experience, it begs the question:

Why do we think so lowly of locs?

When I was about 20 years old, I told my mom I wanted to loc my hair. My relaxed hair was always thick and at least shoulder length or longer; it was healthy-looking. My mom loved it, so she could not understand why I would want to get locs and even though I was old enough to decide for myself, I deferred to her opinion and forgot about getting locs.

Fast forward to a year or two later and my mom had started loc'ing her hair. Hers now extend down to the middle of her back and every now and again, I remind her of her not wanting me to get the hairstyle she now has made a lifelong commitment to. She has never been able to give me a reason for not wanting me to get locs beyond that my hair was nice as it was.

Many people have biases against locs that they themselves may not understand.

The idea that locs are unkempt and dirty is baseless and easily overcome, and initial reactions can be a superficial explanation for something that is, apparently, deeper than we can even understand.

In the article written by Ashley Monae, Guy outlined some of the negative comments she received about her decision to loc her hair, such as:

“I thought you found Jesus.”

“Why would you loc that beautiful hair.”

Now why on earth would getting locs be viewed as messing up your hair? What is so bad about locs and why would hair be too beautiful for locs? Why do so many of us act as though locs are some kind of inferior hair style befitting only the kinkiest hair types?

Guy says she had started to feel as though her afro was something she was hiding behind, and that she would never attend a social event with her hair any other way. I completely understand this feeling. As someone who has any kind of voice in the community, we start making decisions to make others happy rather than ourselves. You do not want to let anyone down, so you start conforming to the expectations of others. This is no different that conforming to society’s Eurocentric ideas of beauty. The fear of being accepted outweighs the desire to be true to who we really are.

Sometimes, as members of the natural hair community, we forget why we returned to natural in the first place.

We forget to be inclusive and welcoming. We want to be seen as unique individuals, but reinforce the notions that there is only one way to be accepted or only one way to be beautiful. Guy has said that a scheduled appearance at a hair event was cancelled due to her hair change because, her new style didn’t “fit the demo and audience of the attendees’ and won’t sit well with sponsors.”

Not only is this sad and disappointing, but it points out that despite how far we’ve come, we still have so much farther to go. We each must play our part to stamp out the discriminatory practices that come so naturally to us as mere mortals. There is no one way to be natural. There is no one path to self acceptance and self love. Let us not forget that.