BY Devri Velázquez
For all of the trend spotters and fashion lovers, this week has been overwhelmingly fulfilling for the 39th annual New York Fashion Week. Literally hundreds (if not, thousands) of clothing line companies big and small got to premiere their much anticipated Spring 2016 collections. While plenty of the pieces are totally unreachable as far as budget is concerned, we got so much inspiration from witnessing each of the unique shows--especially with curly hairstyle trends and their correlations within fashion.

When Lupita Nyong'o does fashion week, she shows up and shows out. Here she is at Hugo Boss's show supporting designer pal Jason Wu. 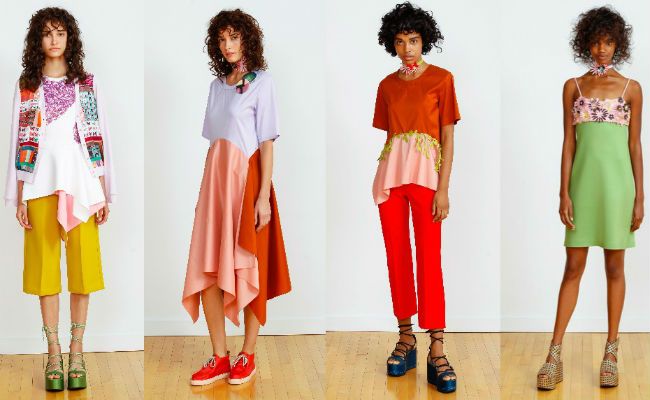 PHOTOS OF CLOVER CANYON FROM VOGUE.COM

Rozae Nichols' Clover Canyon collection shows off loose perm rod cropped curls and bangs on every single model in this collection, which she calls "a celebration of the mightiness." 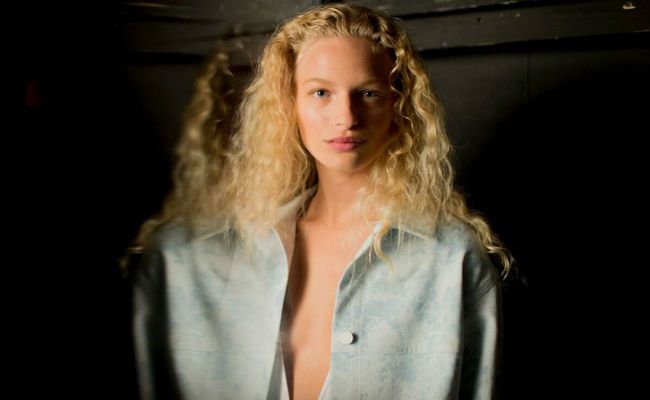 PHOTO BY KEVIN TACHMAN FROM VOGUE.COM

The face no designer can pass up in a casting, and the hair no stylist can wait to get their hands on: meet Céline's campaign model Frederikke Sofie. Vogue.com describes her hair as a "Fashion Week Phenomenon," saying that with "Pre-Raphaelite proportions, Rapunzel-like length, and loose golden spirals that retain an easy fuzzy quality, Sofie stands out like an Aphrodite-type beacon among other blondes." 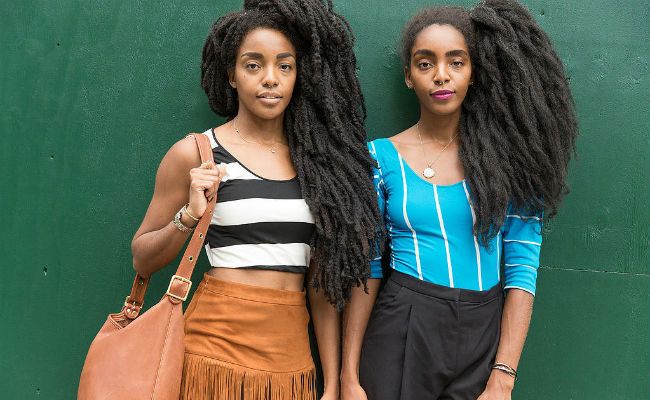 In regards to New York Fashion Week street style, Urban Bush Babe Cipriana and her twin sister have a tendency to steal the spotlight from the actual shows. 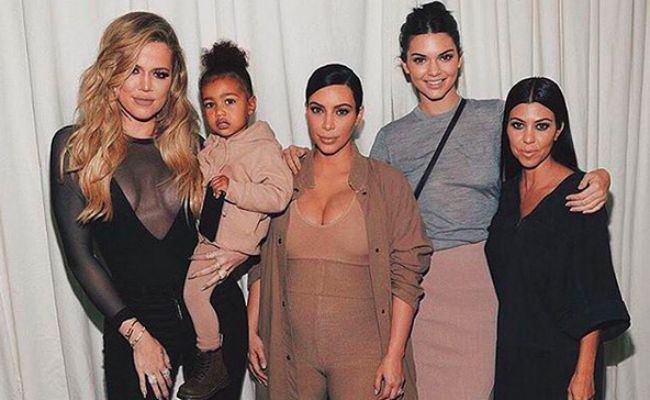 With so much going on during the Yeezy Season 2 show, North West still easily upstaged everyone involved sitting pretty in the front row. 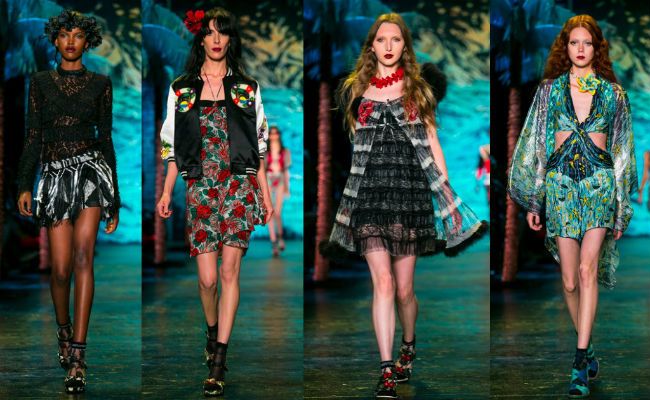 It was called "whimsical" by the expert observers; Anna Sui's upcoming spring season is giving us fishtail braid-out and huge flower accessorizing greatness. 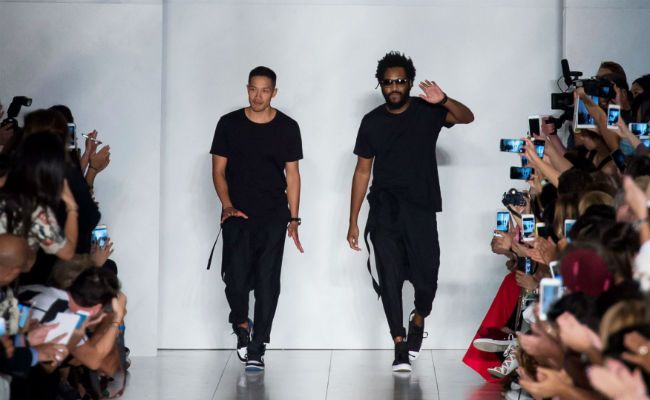 At the DKNY show, we had our eyes on designer Maxwell Osborne's single freeforming loc hanging in front of his face. 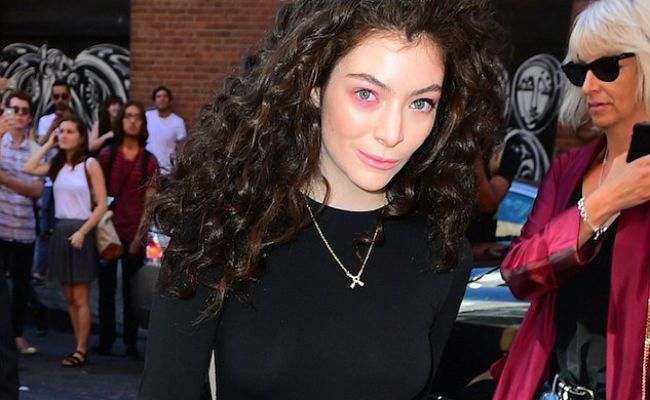 Even though she had pink eye, Lorde still rocked New York Fashion Week probably more gracefully than we could have with both good eyes.

Marc Jacobs provided us with fashionable ways to cover up our curls--fashionably, of course--on those bad hair days. 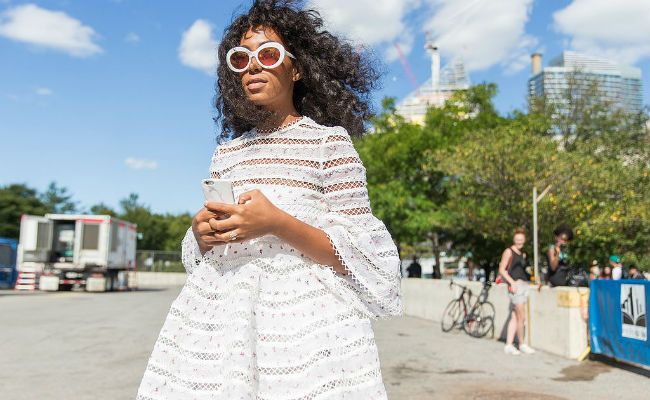 When she's not stealing the spotlight in the Milly show front row, Solange Knowles is just gliding through the NYC streets more effortlessly than ever.

Did you spot any curly hair at Fashion Week that we missed? Let us know in the comments!