I feel strongest when I’m practicing self-acceptance. Allowing myself to be myself makes me feel really powerful…I think it requires a sense of community. You have to unplug from what our culture and our world tells us is wrong, is pretty, is better. 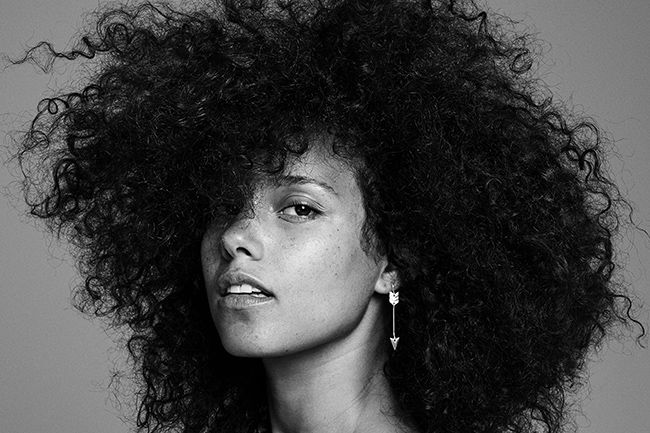 What better way to celebrate curly hair than to recognize some influential women who have rocked their curls from the beginning? From television to music, these icons have paved the way for curlies to embrace our crown.

Diana Ross as a solo artist, is one of the most successful female singers of the rock era. If you factor in her work as the lead singer of the Supremes in the 1960s, she may be the most successful. Known for glittering costumes, big hair and an even bigger voice, Diana Ross has paved the way for voluminous curls.

Tracee is one of the first women on TV who I remember seeing with natural hair. You might know her as Diana Ross’s daughter, but she has made a name for herself by embracing her beautiful curly hair. Recently, she won the Golden Globe Award for Best Performance by an Actress in a Television Series - Musical or Comedy for her lead role in Blackish.

Nina Simone was a legendary artist and civil rights activist who helped contribute to the jazz movement in the 1950s and 1960s. She left a legacy for her signature natural expression of her hair through art and music choosing to go against the grain and speak her truth.

Pam Grier is known as the leading heroine of the "blaxploitation" film genre of the 1970s playing in films such as Fox Brown. Grier's characters always stood out as empowered black women who relied on nothing but their own strength to achieve their goals.  I wish that I could get my afro to be as neat and perfect as hers.

Alicia Keys is a songwriter, producer and pianist who debuted in the early 2000’s rocking her braids with beads and intriguing designs. She recently stopped wearing make-up and is using her platform to rise above the criticism from the media to empower women to embrace their individuality.

Wait, I’m deciding to be my own individual self. And it looks nothing like what anyone else is doing." There’s something so powerful about being my own gorgeous, beautiful, individual, unique self."

Erykah Badu is a neo-soul artist who is known for her fearless style, empowering lyrics and resilient attitude. She uses her platform as a way to inspire and create change in the African-American culture.

Chaka Khan is one of the most accomplished divas in the entertainment industry and has been around for more than four decades. She is known for her powerful voice, her great volume of curly hair and her charismatic stage presence creating hits such as "I'm Every Woman."

Whoopi Goldberg is an actress, comedian and TV host who has worn locs since the beginning and has always represented them well. She is a true example of how you can remain true to who you are and speak your truth while being in the public eye.

Who are some of your favorite Natural Hair Icons?

Read Next: How to React When a Stranger Touches Your Hair