Celebrity Curls Through the Century 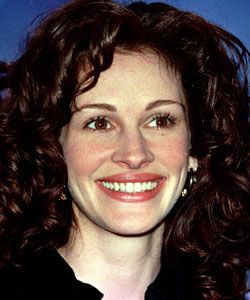 The past century has seen a great number of curlies who have made their mark on history. From "Pretty Woman" to "Harry Potter," curlies are rocking the Hollywood screen and have been doing so for decades.

We've narrowed down some of our favorite celebrity curls who have dominated their industries and became idols for us all.

Julia's naturally vibrant, red curls in “Pretty Woman” made her an instant icon to curlies everywhere. Not to mention her man's love of her natural locks over her straight wig. Talk about a pretty woman, indeed!

The first actress to appear on the cover of Life magazine, Jean Harlow was both sensual and funny in her 10-year career, making a big impact in her short life. Women today continue to mimic her platinum, celebrity curls. 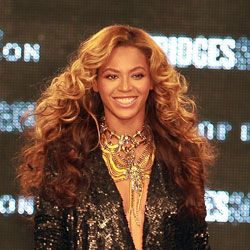 With 25 years on the Oprah show and at least as many hairstyles, Oprah is perhaps the world's most famous curly. On her infamous “Favorite Things” episodes, she often shared her favorite hair care products. In fact, Oprah’s stylist of over 20 years, Andre Walker, created his own hair care line, and the only products Oprah used.

Starring as Hermione Granger beginning at the age of 10, Emma Watson has become an icon to Potter fans worldwide. Even with her recent pixie cut, Granger’s flowing, magical locks showed that world that being smart, female and curly can win the good fight.

With 16 Grammy Awards and two Golden Globe nominations, Beyonce has commanded the respect of the film and music industry, all the while rocking her celebrity curls. Whether showcasing long or short curls, the artist's stunning looks have everyone clamoring to copy the style. 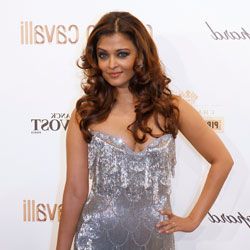 The crowned winner of “Miss World” in 1994, Aishwarya Rai, has gone on to find great success in Bollywood and is often referred to as the most beautiful woman in the world. With such dark, flowing curls and gray-green eyes, it's no wonder she has been on the cover of Vogue magazine three times.

In “Sex and the City,” Sarah Jessica Parker brought the fun and fashionable Carrie Bradshaw to life. Every season and each movie brought fresh new styles for Parker's most famous character, inspiring women to break out of their fashion ruts and try something bold and new.

Her curly locks are a staple, and we all watched as she struggled to maintain and care for them—straightening and then transitioning. Sarah Jessica Parker’s character is an onscreen version of a curly girl's daily dilemma. 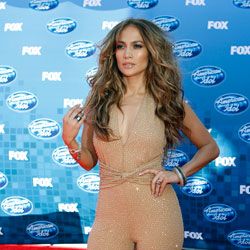 From “Bye Bye Birdie” to “Grumpy Old Men”, Ann Margaret's fabulous red curls have carried her through a long and illustrious career. At age 70, Margaret remains a sex symbol as her career continues to thrive on stage, proving that curls are beautiful at any age.

This self-described “first supermodel” has inspired generations of women to pursue modeling not only as a hobby, but as a career. Always pushing the boundary of appropriateness, Dickenson makes her opinions known and lives life out loud.

Janice’s hair ranges from curly to straight depending on the event, showing the world that personality and determination drives success, curly or not.

With accomplishments spanning from stage to screen, this curly has taken her locks straight to the top of the entertainment world. Joining the “American Idol” judging panel in season 11, Lopez became a permanent fixture in American pop culture. 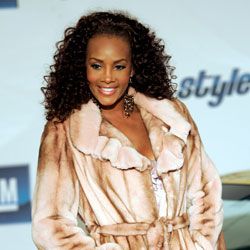 Her endless curls in “Robin Hood: Prince of Thieves” sent straighties everywhere to the salon for a perm. Unfortunately for them, this kind of hair perfection can only be created by nature. Whether worn long and free, or tamed into a gentle short wave, Mastrantonio's celebrity curls are certainly a straighty's dream—and perhaps ours too!

Shirley Temple's charming curls and dimples made her an icon to little girls the world over, while her talent and personality secured her place in Hollywood history. After all, have you ever met a five-year-old girl who didn't want Shirley Temple's curls?

Carefully coiffed curls, classic style, and a one-of-a-kind voice made Billie Holiday an icon during the height of jazz music, and her influence continues today. Known as Lady Day, Holiday proved that natural talent, not excessive training, makes a star shine—and her coils didn’t hurt either.

Multiple NAACP winner and master of comedy and drama, Vivica Fox's beauty and vast intelligence has driven her to success on the big and small screens. Stage to screen, short hair or long, Fox and her wispy curls continue to be fashion icons.

Elizabeth Taylor's timeless beauty, incomparable talent, and a fascinating personal life put her among the most widely known actresses in Hollywood history. From the sassy sister in “Little Women” to the powerful “Cleopatra,” everything about Elizabeth Taylor proclaimed that she was, in fact, a natural star, curls and all.

Who are your favorite curly celebrities?