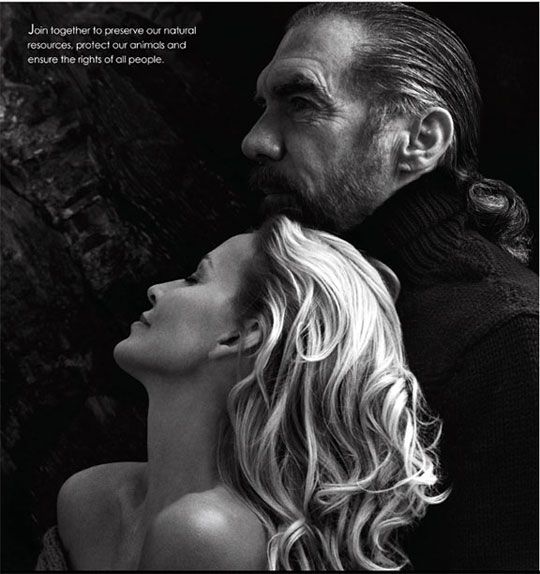 The most notable thing about the ad is the absence of any mention of the company's hair-care products. Instead, the multimillion-dollar ad campaign — printed on recycled paper at a cost substantially greater than a standard ad — sells a different message: "Join together to preserve our natural resources, protect our animals and ensure the rights of all people."

"We're the first hair-care company that ever ran a major ad campaign that talks about changing the world for the better, fighting injustice, and we have 200,000 hairstylists working on this campaign with us," says the JPMS CEO "We do it because we can actually make a difference."

DeJoria, and his company, have donated countless hours of time and millions of dollars to environmental causes all around the world.

"Corporations can and should change the world for the better," he says. "We have the perspective needed to leave the world a better place for our having been there." 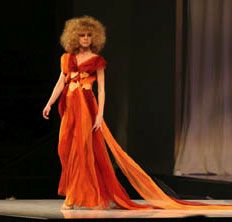 Aveda's plants are powered by wind.

He is not alone in his quest to protect the planet. A growing number of beauty companies have made it their mission to be environmentally stewards.

"Aveda believes in conducting business in a manner that protects the Earth, conserves resources and does not compromise the ability of future generations to sustain themselves," says Dominique Conseil, president of Aveda.

Aveda does its manufacturing at its primary plant with 100 percent certified wind power -- an industry first. The company uses renewable, sustainable or organic, plant-based ingredients and non-petroleum mineral ingredients in its products. Stores and studios are built with environmentally friendly materials like bamboo and agriboard countertop.

Last year, Aveda and fashion designer Deborah Milner launched an "ecoture" fashion collection -- a sophisticated line of sustainably crafted couture. Each dress in the collection had a story and lesson for sustainability.

Innersense Organic Beauty, a California-based hair-care company, is a certified green company. The company also has made a commitment to work with other green companies, including a green printer who uses recycled materials and environmentally friendly inks.

"We're committed to protecting the environment," says Judie Maginn, co-founder of Innersense. "We just feel it's everybody's responsibility to take care of the planet. Everybody has the ability to either impact the environment positively or negatively."

While many companies are just now jumping on the green bandwagon, DeJoria's passion for the earth began early. While growing up in Los Angeles, he was surrounded by cement.

"Our little gang hung out by a tree in a vacant lot," recalls DeJoria. "It was a special tree for us. Nobody was allowed to carve out their initials in that tree. No matter how poor we were, we always had a little garden."

DeJoria and other inner-city youth were sent to the a camp in the mountains to experience the wilderness -- an experience that stuck with the entrepreneur throughout his life.

"I thought it was the coolest thing in the world," he says. "When I was growing up, a lot of us wanted to change the world. But we didn't have the money or the influence to do it. Well, now we do."

DeJoria's commitment to the environment starts at the Beverly Hills corporate headquarters, where everybody gets a free lunch if they bring their own utensils, and they get free gas if they carpool. Recycled plastic, unbleached recycled paper and soy-based ink are used in product packaging whenever possible. The company harvests the organic awapuhi (a kind of ginger that helps soften and add shine to hair), used in Paul Mitchell products, without depleting natural resources. JPMS also uses giant solar panels to generate electricity for the company's Hawaiian awapuhi farm. 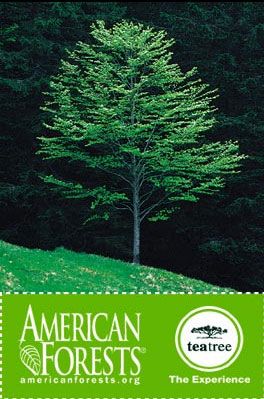 DeJoria estimates the pollution caused by every step of the production process of his company's 16-product Tea Tree line -- "from the picking of the leaves to the boiling, bottling and transportation," and then he offsets its climate-changing carbon-dioxide output by paying for trees to be planted where they're needed through the organization American Forests. American Forests is an international non-profit that preserves and grows a healthier environment with trees. JMPS Tea Tree products will also fund American Forests Global ReLeaf and Wildfire ReLeaf programs to further preserve our natural resources at home and abroad.

"We're doing studies to see if we can reduce the carbon footprint of our entire line of products," DeJoria adds.

His Malibu home, as well as his home in Hawaii, run on solar power. He had a special motorcycle built by Victory that runs on ethanol -- and his Patron Tequila. He financed and drove the "Mana La," a solar-powered car, in the first international solar-powered cross-continental race in Australia in 1987.

DeJoria joined forces with The Big Blue Foundation and The Humane Society to produce a two-minute public service announcement with a cruelty-free message, entitled "Ebudae", that ran in movie theaters nationwide. DeJoria was named special emissary to the United Nations Environmental Programme (UNEP). With UNEP, he helped arrange a peaceful meeting between the Ogoni people of Southern Nigeria and Shell Oil, in order to clean up serious oil problems in that country. During a recent trip to North Korea, DeJoria initiated a program to convert the Korean Demilitarized Zone into an ecological zone once reunification takes place. DeJoria is also as passionate about animal welfare. He's donated thousands of dollars to Los Angeles' California Wildlife Center, which rescues and rehabilitates injured or orphaned wild animals.

DeJoria makes contributions to, and works on projects with, a number of organizations including: Waterkeeper Alliance, the Sovereign Dine' Nation Weaving Collective, The AIDS Relief Fund for Beauty Professionals, Rescue Missions for the Homeless, The Earth Communications Office and The Rainforest Foundation among others. He donated hundreds of thousands of dollars to the Mirador Basin in Guatemala, buying up and saving hundreds of thousands of acres of jungle rainforest. He helped save 6 million acres of Elk River rainforest from clear cutting.

"I sent them money for lobbyists, money for campaigns and personally got on the phone and called aides to Senators who were passing the bill to destroy it all," DeJoria says. 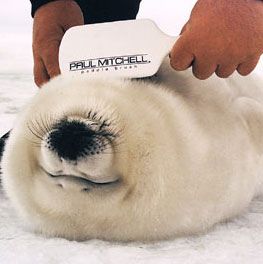 "Were were there for a week and we broadcast it on Canadian radio," DeJoria says. "Not one ship came within 10 miles of us, and we estimate we saved 100,000 baby harp seals from being clubbed."

DeJoria has been a recipient of awards from People for the Ethical Treatment of Animals (PETA) and the Anti-Vivisection Society for pioneering the first major line of salon products not tested on animals. DeJoria also gave PETA a grant to produce an album entitled "Tame Yourself" and backed producer Jolie Jones in the production of "Take it Back," an environmental public service campaign.

DeJoria believes high-profile people like he can help influence the younger generation, and can help them take action.

"Now you have an army of influence," DeJoria says. "Now it's fashionable for today's youth to get involved in the cause."

There is no time to waste, DeJoria stresses.

"The damage to the environment is greater than it's been since a meteor knocked out the dinosaurs," he says.