Joe Manganiello: "To Me Beauty is Natural, Not Processed" 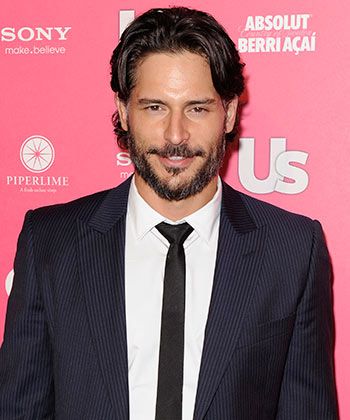 "To me beauty is natural, not processed." To hear these six little words on the lips of what I think we can all agree here is a beautiful man is music to our ears.

Tanya Wright, a natural hair actress who you might know from The Cosby Show, True Blood, and Orange is the New Black, was our NaturallyCurly correspondent for a day on set as she films the final season of our favorite vampire show True Blood.

She got an exclusive interview with friend and co-star Joe Manganiello about his curly hair and what kind of hair he prefers on women. Manganiello plays the werewolf Alcide on True Blood and you might also recognize his face (or six pack) from the movie Magic Mike. And if you want a six pack of your own, he's even penned his own fitness book, Evolution.

At NaturallyCurly we work day in and day out to show women the beauty that lies within their natural selves, but often times friends, family and members of the opposite sex can undo all of that with one insensitive joke or a casual remark.

We hear the anecdotes all the time from our readers, "my mom asked if I'm really leaving the house like this" and "my sister says it's just a phase" or "my best friend said guys won't like my hair natural." Of course we all know that going natural is a personal expression of what's inside (which is what really counts), and we don't make the choice for anyone but ourselves. But it still feels nice to have that decision reaffirmed every once in a while by one of the male species, especially one who's this easy on the eyes.

So thank you Tanya for the interview, it almost feels like we're right there with Joe on set (we wish!). Try not to get lost in his eyes while you watch this video.

Don't forget to tune into the seventh and final season of True Blood, which premieres summer 2014 on HBO.