Too Much to Spend on Appearance? 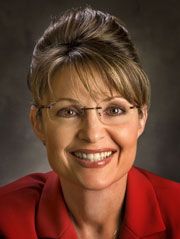 Gov. Sarah Palin spends a lot to look good on the campaign trail.

The news that the McCain/Palin campaign spent tens of thousands of dollars on hair styling and makeup for Sarah Palin may be raising some eyebrows.

At least one prominent hair stylist said she thought that at the price Palin was paying, she should be receiving do-it-yourself lessons.

“You can do these updos yourself,” said Lorraine Massey of the reknowned curly salon Devachan. “They are so simple to do. You put a chignon in the back and a few clips. It can be that simple. To look good and polished you don’t have to spend that much. And if you’re spending that much, your hairdresser should be teaching you how to do it yourself.”

Some experts in the beauty industry say that the $55,000 for about a month of hair-styling and makeup is not unusual if one is an A-list Hollywood celebrity attending a series of red carpet premieres (and the rigors of the campaign trail can be even more demanding.)

“This is what Gwyneth Paltrow would pay if she was doing a junket or going to the Cannes film festival,” said Linda Wells, editor-in-chief of "Allure" magazine.

Bobbi Brown, a prominent makeup artist and cosmetics mogul, said she charges celebrities a $5,000 day-rate but has never done a long traveling stint.

The politics business is new territory for them.

“There haven’t been a lot of women running for high office, and it’s important how they look,” Brown said. “It is really unfair to talk about how women pay too much attention to their clothes or their makeup. Men just put on a suit and shave and they are ready to go. Women really do need to spend time getting their makeup on, and getting the right clothes. The media is very judgmental. It’s important to have your best look.”

Brown said she did the makeup for the Biden women during the Democratic convention in Denver in August, but, since she was a delegate from New Jersey, she charged only “a few hundred dollars,” her lowest rate. Brown also did makeup for Michelle Obama for a black-tie event in Denver, but not for the convention itself.

“She has a regular person from Chicago who comes with her,” Brown said.