This Celebrity's Curls Get Slammed as a "Frizzy Fail" 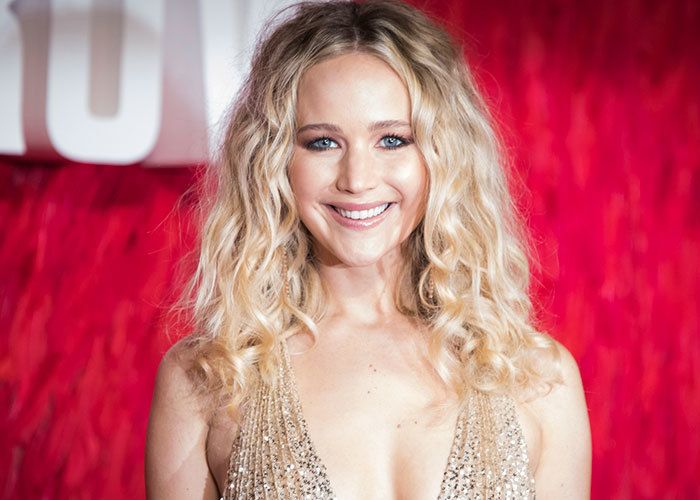 An article from the Daily Mirror has been making the rounds among NaturallyCurly Editors this morning. The article blasts Jennifer Lawrence's full, curly look at the movie premiere for Red Sparrow.

"Jennifer Lawrence is famous for making the odd misstep on big occasions, notably falling flat on her face at the Oscars in 2013. The actress made another style stumble last night by swapping her usual chic hair for a rather disheveled 'do at the premiere of her new film…The puffed-out style also obscures her lovely features, leaving us itching to tuck it behind her ears or pop in a hair slide. Fair play to Jen for trying something new, but we much preferred her sleek, polished appearance at the BAFTA's on Sunday night."

I immediately had flashbacks to the 2001 trailer for "The Princess Diaries," in which Anne Hathaway's wild curly 'do and glasses were deemed unprincess-ly (is that a word?). The trailer – and the message it sent about texture - prompted a NaturallyCurly boycott of the movie.

Even with all the advances we've made in the curly world, too many people are still uncomfortable with texture. An Austin news anchor told me recently that the one day she decided not to flatiron her naturally wavy hair generated some emails asking what had happened to her hair.

Waves and curls – other than those artificially created – have been few and far between on the Red Carpet this awards season.

NewBeauty magazine dedicated an entire article to 7 Celebrities Who've Stepped out Proudly Wearing their Natural Texture, implying that it takes courage to do so, "we decided to round up the unusual instances when celebs are caught au naturale."

It was surprising to see photos of stars like Selma Hayek, Emmy Rossum and Ariana Grande with waves, although the photo of Sara Jessica Parker's long waves didn't look much like the natural tighter curls she wore earlier in her career.

I was heartened to see an article in Glamour (by a self-described 3a/3b Jewish American curly), who found Lawrence's style inspiring: "With a little frizz, her soft layers, and a huge dose of volume, Lawrence's curls' coming out is like spotting an alternate universe, where curls and texture aren't hammered out of actresses as soon as they have a hairstylist on call."