3 Things Grown-Ish is Teaching Everyone Else About Black Millennials 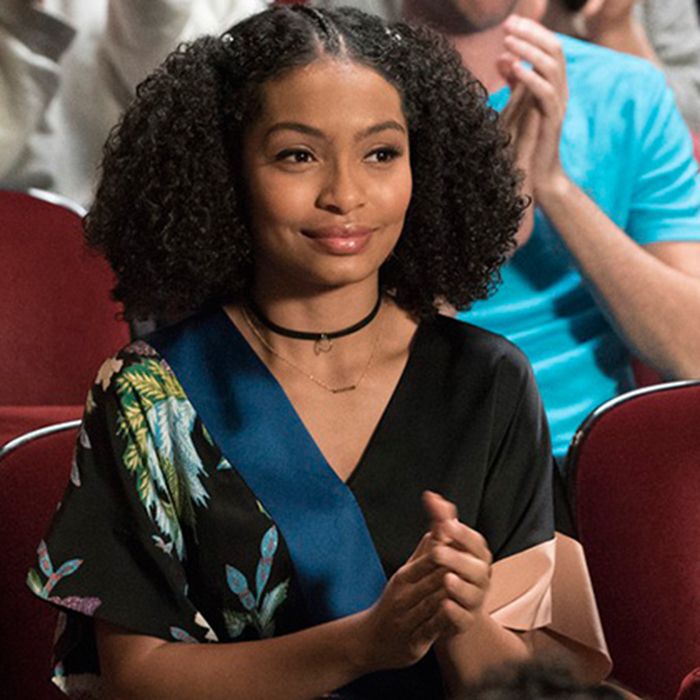 Grown-ish is a realistic depiction of undergraduate life: the constant struggle between "being grown," balancing priorities, and discovering your identity.

I've said it before and I will say it again: representation matters. Young black millennials matter too, and there are a lot of us poppin' in today's society. The leading star Zoey, played by Shahidi, represents just that. As we get a close up look into Zoey's first year of college, we view her exposure to relationships, dating, and even drugs. One of the things I love most is the way Grown-ish dissects dating through misreading the signs of Aaron's interest, hookup culture and over-analyzing text messages. (We've all been there before).

Zoey is herself, simple but beautiful. She is complex, smart and witty. She struggles between balancing classes, partying, and growing up while being introduced and influenced by her peers to use gateway drugs. She struggles to trust herself when she feels the pressures of priorities. That first taste of freedom for a young millennial can go wrong really quickly, and already in the second episode, Zoey voices, "the trick is balancing it out." Even through the growing pains, Zoey is resilient -- she is identifying and figuring it all out, step by step.

3. Here for the natural hair representation

It's mind-boggling that some people still don't realize how versatile natural hair is, but the reality is that most people just won't get it until they see it. I vicariously live through Zoey's twist-outs and protective styles. Her hair looks bomb in every episode. My personal fave is the jumbo ponytail braid with the gold hair accessories; kudos for showing that natural hair comes in many looks!

3. What a great way to highlight young Black Women

We see Zoey standing and shining on her own. She is not in the shadow of the male gaze. MAJOR KEY. USA Today said it best "Grown-ish is aimed at young women, and focuses on issues that affect them without irony or judgment." I am really here for this. There are a lot of issues that women face, societal and behavioral pressures, unrealistic expectations, do I need to say more?

We are constantly under scrutiny, and even pinned to scrutinize each other. It's a beautiful thing when we just get to be all that we are, judgment-free.

I have to thank the creators of Grown-ish, Kenya Barris and Larry Wilmore, for taking me back down memory lane and depicting to the world what it's like to be a young Black woman. Because it's lit.

Personally, I binge-watched all four episodes of "Grown-ish" in one sitting because it's that good! I could go on and on, but I really want to know your thoughts.

Have you watched "Grown-ish" yet?