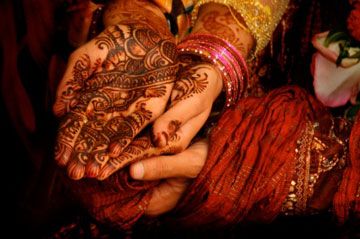 Last night I offered myself a calming, somewhat exotic, aromatic retreat. It was probably one of hundreds of times that I’ve indulged in henna to make mehendi — beautiful tattoos — or to dye my hair. Starting from the time when I was a teenager, henna has been a most pleasurable aspect of my health and beauty regimen.

I know you’ve heard of henna, but do you know it’s history, how it grows and from whence it came? I hope to provide some background on its long history as a medicinal herb for the mind, body and spirit.

A History of Henna

Henna is an herbaceous shrub called Lawsonia inermis in botanical Latin. It was named after the British explorer John Lawson in the early 1700s. The use of the herb for health and beauty is far older than the British discovery, dating back to 3,500 BC, and has had a presence in human civilization for 7,000 years. 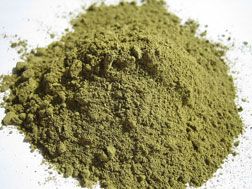 Henna is a Persian word for a plant with many names. In Arabic it is called Khanna. In India, henna is called by many names depending on the dialect: menhadi, mehendi, mehedi, mendi, hina. And in Sanskrit, it is mendika. Ancient hieroglyphs in tombs in the Valley of the Nile refers to it by the Egyptian name pouquer. Pouquer refers to dye created from the plant, used to color the fingernails of mummies. A lovely perfume created from henna plant is referred to as camphire, in the K'oran. Since the Hindus of India call it mehendi — a name synonymous with temporary henna tattoos — I will refer to henna alternately by this name when speaking of hair care.

In early India, henna was applied by dipping palms and soles into a thick paste of crushed fresh leaves, creating a solid red stain without a pattern. Middle Eastern henna was done by mixing dried powdered leaves into a paste and applying it with a stick. Henna is still in use in parts of Asia, especially India, the Middle East and the Continental African countries. It also is catching on in Australia, North American and Europe.

Uses of Henna: Cool Medicine for Health and Beauty

Henna can be used to condition and color the hair. For curly tops, Henna's benefits include: