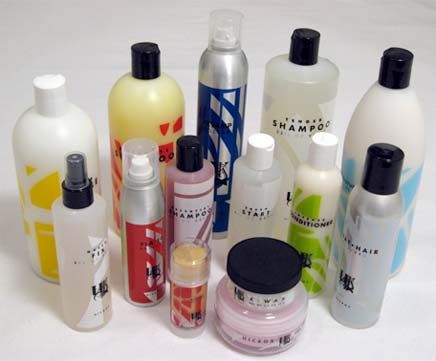 When Justin Hickox decided to develop his own product line, he wanted to make sure that anything with his name on it was the best it could be.

The products were designed by the Justin Hickox Studio staff of hair design and color specialists. Hickox uses his Portland, Ore. salon as the test lab, trying out products on clients to make sure they meet his standards.

"(Hickox Studio) products never make it to the web site until they've been tested two to three years in the salon," Hickox says. "If there's stuff out there that's a lot better, the product never makes it to the web site. Our line doesn't have a lot of gimmicks. They're just products that work.

Although they have been available at the salon for decade, Hickox only began offering his products online four months ago.

"I don't want to have a product line that I play with for a little bit and sell," Hickox says. "I want to hold them to a higher standard." 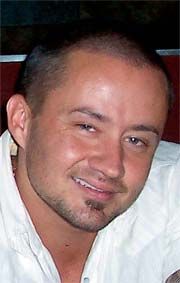 Hickox was destined to be in the hair business.

His parents, John and Sharon, owned a salon, and he worked there from the time he was 13.

"I can't remember a day that I wasn't at the salon working or just watching," says Hickox. "It was a natural progression for me."

After he graduated from school, he returned to Portland, Ore. to begin the year-long apprentice program at his parents' salon. He went on to work as a stylist in the salon while taking classes to learn how to teach advanced techniques to future apprentices. During the past 11 years, he has done hair for television, photo shoots, fashion shows and celebrities.

Through a group called Intercoiffure Mondial -- an international organization of over 3,000 countries worldwide -- he was exposed to some of the leaders in the hair-care industry. These people served as role models and mentors as Hickox became a successful hairdresser in his own right, opening his own salon in 2000 and launching his own line of products.

Hickox says his initial decision to develop a line of products came from his own frustration with what was on the market.

"I was finding that a lot of things products were making my life harder," he says. "Products designed to give the hair shine were creating buildup as well. They were solving one problem, but creating another one at the same time. I wanted to bring out a line that was good for my own needs."

The Hickox Studio line currently has 14 products in it.

One of the stars of the line is Phat Hair -- a gel-mousse that has become a favorite among Hickox's curly clients. When he developed it, he wanted a styling cream that gave definition without being to heavy. It creates frizz-free, defined curls without feeling sticky or dirty. Other products that have been big hits with the curly set include Pink Stuff and X-Treme Wax.

"I put my name on it because I feel my name is the ultimate stamp of approval," Hickox says of his line.