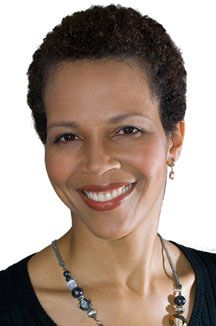 In February 2006, Marsha Coulton dove head first into the world of curly hair care, launching Curl Junkie with 23 products out of her Brooklyn house. Over the last three years, Curl Junkie products like Hibiscus and Banana Deep Fix and Coffee Coco Curl Creme have become staples for many curlies.

Using three years of her own experience, as well as customer feedback, Coulton this month has relaunched her line with a whole new look and feel, eliminating some slow sellers and adding new products. The revamped line now includes 11 products, including protein-free and glycerin-free conditioners, a new sulfate-free shampoo and two new gels. The most popular products, such as the curl cremes and the Deep Fix, remain in the line.

"Over the years, I've gained knowledge about formulas, and these new products reflect that," Coulton says. "I'm very happy with these products. They cover a broader range of hair types, and suit different needs."

In addition to the new products, Curl Junkie products now are produced and bottled by professional laboratories rather than by Coulton in her kitchen. The move took several months and a nationwide search because many labs couldn't reproduce her formulas.

"There was a lot of arrogance on the part of chemists," Coulton says. "They thought they could do it better, and they would sub out some of the natural botanical oils with cheaper chemicals. When I got them back, I'd say 'This isn't my product.'"

Coulton believes the lab-produced products are actually better than the products she produced herself because they're creamier and lighter because they're professionally blended. The packaging also has a more professional look, with waterproof labels, bar codes and batch numbers. The only ingredient change is a move to Phenoxyethanol, a different paraben-free preservative system.

Coulton has come a long way since she launched the business, armed with an MBA, Wall Street experience and an intense interest in natural hair care.

“I was jumping around to different jobs because I wasn’t particularly happy,” Coulton says. ” I was doing what I thought I should be doing. But since I was 12, I’d known I wanted to do hair.”

One day she was complaining about her own hair to her mother, who asked “Why don’t you go to beauty school?”

Coulton says she always felt like she was expected to pursue a high-powered career. So her mom’s suggestion to go after her dream was a breath of fresh air. The timing was perfect because Coulton was just embarking on her own hair journey after decades of relaxing her hair.

She found NaturallyCurly.com, and was inspired to cut off her long, relaxed locks. But she struggled with how to take care of her newly shorn kinky curls. She found that most newly natural people struggled with the same issues. In 2004, Coulton started beauty school at the Carsten Institute in New York. From the beginning, her whole emphasis was curly hair. But beauty school, she says, was a bit of an eye opener.

“I saw that the push was to straighten out curly hair,” she says. “It wasn’t about working with the curl.”

She graduated and went to work at the Sam Wong Hair Studio in Manhattan. The salon had gained a reputation for its hair treatments using essential oils. Essential oils had long been a hobby of hers, and the job motivated her to learn more. She began studying different ingredients, and she began developing her own hair concoctions. She spent hours each day on research, and her kitchen resembled a chemistry lab.

She tested her concoctions on mannequins, herself, her family and friends, and finally her clients. When clients began asking to buy them, she knew she had the makings of a successful line.

After she launched, her business grew steadily until an article in Essence, when "things exploded." Her dining room was quickly converted into a storage room, filled with over 100 raw materials.

During this time, she gave birth to a son, Sebastian. With a growing business, and a growing family, Coulton could justify moving production to a manufacturer. 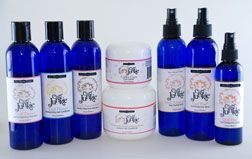 She looked at this change as an ideal opportunity to take a close look at all the products in her line. With the help of a lab, she has developed new products she believes are superior to some of the existing products in the line, including the Curl Theory Moisturizing Hair Conditioner and Curl Assurance Gentle Cleansing Shampoo, which replaces the Hibiscus Bliss Shampoo.

"When I developed (the shampoo), I almost felt like my hair was being conditioned as it was being cleansed," Coulton says. "It's not stripping, but is strong enough to clean out styling products. It has a different feel, but the results are superior."

Coulton says she had to make some tough decisions while tweaking the line, and she knows some people will be disappointed with some of the discontinued products, such as the Curl Rehab oils.

Although Coulton will get her dining room back, you'll still find her in her kitchen working on new concoctions.

"I'm always checking out new ingredients and responding to customer requests" Coulton says. "Tinkering is an ongoing part of life."