The pomegranate (Punica granatum L.) , is because it is being touted as a miracle food. Curly tops may have noticed that it now is a key ingredient in beauty products, including shampoos and conditioners. Are you wondering why this gorgeous, deep red, seed-heavy food – once found only in potpourri – now is inundating our pantries and bathroom cabinets? Then read on.

Contrary to popular belief, the pomegranate is not a fruit but the berry of an African and Asian tree called Punica granatum. Its original Latin name, "arbor punica," means “Carthaginian tree” because Romans first encountered large groves of pomegranate trees growing in North Africa’s famed city of Carthage. Rome waged war with Carthage, and they were named the Punic Wars. Punic is a root word evident in its Latin etymology as well as the description of its chemical constituents. Its other Latin names are malum punicum (Carthaginian apple) and malum granatum (seedy fruit). Pomegranate gained notoriety in ancient Carthage, quickly spreading at the hands of the Romans to the Mediterranean, Middle East and parts of India — all places where they still are enjoyed in local cuisine and folk medicine.

The pomegranate only has one genus and two species. It is a small tree or shrub growing between 20 and 30 feet high. The pomegranate tree is spiny, with multiple branches, and can live as long as 200 years. Its leaves are about 4 inches long and are and leathery textured. Bold flowers appear on the branch tips, with as many as five to a cluster. The seeds represent more than half of the pomegranate's body weight.

The trees continue to thrive in tropical Africa and North Africa, the East Indies and Middle East as well as arid regions of Southeast Asia. Pomegranates are commonly planted in Bermuda. The tree was introduced to Latin and North America around 1760. Pomegranate trees prefer a mild, temperate, subtropical climate, yet adapt to regions with cool winters and hot summers. They are grown as far north as Washington D.C.

Berry of Myth and Legend

Pomegranates have such a unique appearance that they have sparked many a myth and legend. Considered an aphrodisiac, the rich red color lends itself to use in love magic.

Although it has recently stormed onto the scene as a super food, it has a long history in health and beauty. It has been used in Africa since at least New Kingdom, Egypt as a medicine and a nourishing food.

Parts of the entire tree are used in tanning and curing leather. The bark contains 10 to 25 percent tannin. Root bark has 28 percent tannin; the leaves 11 percent tannin and fruit rind up to 26 percent tannin. Pomegranate’s leaves, fruit and peel are used for astringent properties and to stop diarrhea. The bark, stem and root contain alkaloids used against tapeworm. Bark leaves and unripe fruit are astringent, halting diarrhea, dysentery, hemorrhages. Leaves, roots, seeds, bark are hypotensive, antispasmodic and anthelmintic. Flower buds are mildly astringent.

Pulverized flower buds are employed for bronchitis. The arils or seed casings are separated from skin. The internal parts -- called pith and capillary membrane -- are removed and the seed is consumed raw. The taste is widely varied from sweet to tangy to sour The seed shows uterine relaxing activity and estrogenic effect.

This is the best way to consume it because of the high concentration and lack of sugar, which provide greater healthy benefits.

Pomegranate juice is a popular drink in the Middle East, especially with Persian (Iranian) and Indian cuisine. A 100 ml-serving of the juice provides 16 percent of the daily adult requirement of vitamin C. It is also a good source of pantothenic acid, potassium and antioxidant polyphenols.

A stable and effective way for kitchen-cosmetic makers and large scaled beauty product designers to utilized pomegranate’s benefits is through the oil. Certified organic Pomegranate Oil is usually cold pressed, thus it is unrefined. Oil can be used to make handmade shampoo bar, soap, pomades and more. Antioxidants contained in pomegranate oil are fight aging by stimulating cell regeneration, increasing elasticity and decreasing visible signs of aging, such as wrinkles. The botanical oil nourishes and fortifies the outer epidermal layer of the skin, making it a beloved skin treatment for everyone from maturing people to children or teens prone to skin eruption and irritation. Dry and cracked skin, such as that found at the heels or elbows during winter, can benefit from pomegranate oil. Serious skins disorders, such as eczema and psoriasis, also benefit from pomegranate oil.

Pomegranate oil is preferred for hot oil treatments or pre-shampoo soothing for frizzy, over-processed hair and for general conditioning for kinky, curly and wavy hair. Pomegranate oil will enhance the appearance and feel of hair, help with detangling and will moisturize the hair shaft.

Pomegranate oil is a boon to those with distressed fingernails and cuticles. It can be applied warm as a rub or as a manicure soak. This oil can greatly benefit those who have just removed gel nails because it repairs damage.

Vitamin C: 100 ml of the juice provides 16 percent of the daily adult requirement of vitamin C.

Pantothenic acid: Also known as vitamin B5. This vitamin has been highly touted in hair and skin products, and has been used as a supplement for years. It is one of the B complex thought to reduce visible signs and symptoms of stress, including depression or prematurely graying, thinning and dry hair, skin and nails. Vitamin B5 plays an important role in the secretion of cortisone, which supports the adrenal gland. These hormones assist the metabolism, help deter allergies benefit appearance and improve the feel of hair, nails and skin, as well as the performance of muscles and nerves.

Ellagic acid: Ellagic acid once hydrolyzed helps a substance absorb more easily into the hair, skin, nails and other parts of the body. Ellagic acid in pomegranate is responsible for its ability to be absorbed easily, without any greasiness.

Punicalagins: Punicalagins are tannic acids that lend antioxidant power and emollient qualities, benefitting the appearance and feel, condition of the hair, skin and nails. These acids are responsible for reduction of oxidation and stress on hair and skin when using pure pomegranate-rich products. 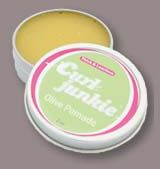 About the author: “Four Seasons of Mojo: an Herbal Guide to Natural Living”