In many ways, the embracing of the natural kinks and curls of our hair during the 1970s was a flirtation of sorts, but a portent of things to come. For most of our parents or grandparents, the wave came and quickly receded with the turn of the decade.

But as with most fashion trends, natural hair came full circle, with another wave starting in the mid-90s. But, unlike most fashion trends, it hasn’t gone away, but has grown and evolved over the years. To the point where we’re not only wearing our hair natural, we’re perfecting how to take care of it, some of us discovering new things about our hair and sharing it with the masses. Let’s celebrate some natural hair care innovators that have given us new products, groundbreaking techniques, and inspiration. 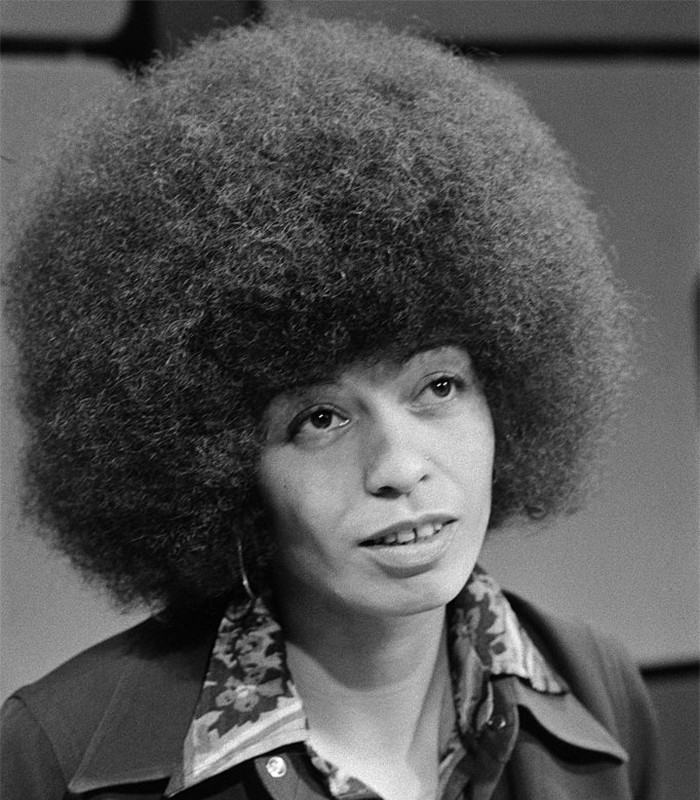 One of the defining visuals for the Civil Rights Movement, especially during the 70s, was the afro. Without saying a word, the thick, picked out, kinky halo spoke both defiance of expectations and a claim to individuality. No one illustrated that more than activist, writer, and history professor Angela Davis.

Born in Birmingham, Alabama in 1944, she began her activist life early when, as a teen, she formed an interracial study group and volunteered with SNCC (Student Nonviolent Coordinating Committee). Her education took her to New York City, Germany, France, then back to the United States where she received her MA Degree at University of California, San Diego.

During the late 60s and 70s, she worked with both the Communist Party and the Black Panther party in efforts to tackle inequality. In 1970, while advocating for the Soledad Brothers, Davis was swept up in the aftermath of a courthouse shootout which resulted in her spending 18 months in prison. During this time she wrote her first book, If They Come in the Morning: Voices of Resistance. Davis was later cleared of all charges.

Other influential works by Davis include Are Prisons Obsolete?, Lectures on Liberation, and Women, Race, and Class. 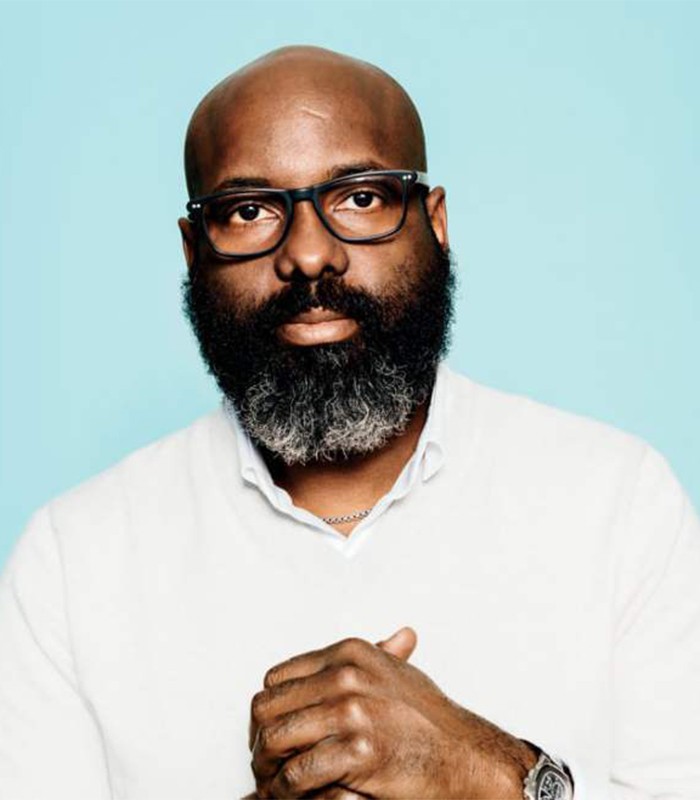 Richelieu Dennis, an immigrant from Liberia, co-founded Sundial with his mother, Mary Dennis, and best friend, Nyema Tubman, in 1992. One of their most popular brands is SheaMoisture; the recipes are inspired by the shea-based soaps and other products made by Dennis’ grandmother, Sofi Tucker. She sold them to support her family after she was widowed at age 19.

SheaMoisture began with just a handful of product lines, but has expanded to include dozens within the last 10 years. I think all of us have at least one of these products in our hair arsenal and praised the heavens when they became available at easily accessible places like Target. Shea butter, fat from the seed of shea trees found in the tropical parts of Africa, is the base in all of their products. But they incorporate other ingredients, such as Jamaican black castor oil, coconut oil, yucca, and baobab. 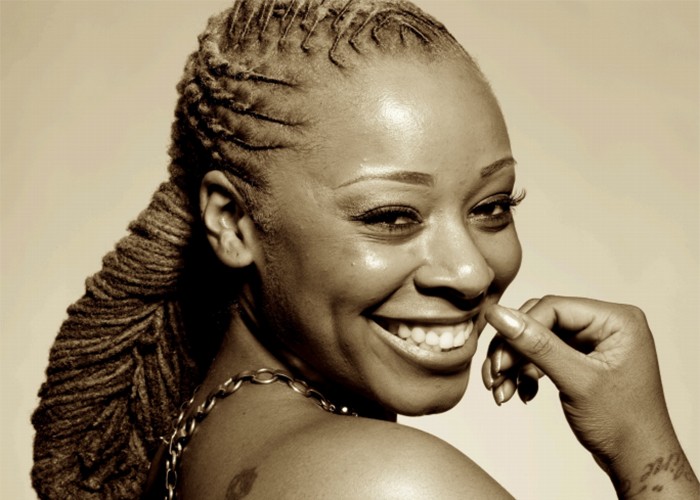 A few of of the stories above talk about that time during the late 80s and early 90s when natural hair was still looked upon unfavorably. Many of us were the only person in our circle of friends that took the plunge to stop straightening our hair and got flack for it. And then came Lauryn Hill. It’s fair to say that she was one of the first mainstream embodiments of one way locs could be amazing (I would say Whoopi Goldberg was very the first). And the person responsible for her amazing hair was her stylist of many years, Veronica Fletcher. Her other clients have included D.L. Hughley and Jada Pinkett-Smith. 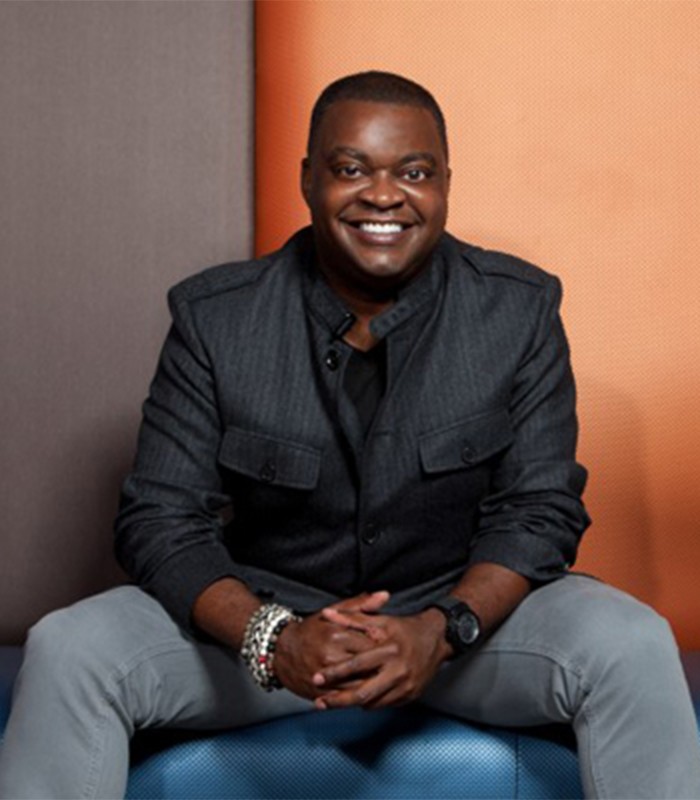 One of the issues naturals eventually come up against is struggling to keep our hair moisturized. That’s where the Huetiful Steamer steps in. Designed by Ken Burkeen, founder and CEO of Huetiful Hair Salons in Atlanta (where he is based), Chicago, and Dallas-Ft. Worth, this method supercharges your deep conditioning treatments by opening the cuticles to allow conditioners and oils to penetrate your hair shaft. Many swear this process transformed their hair.

As with most entrepreneurs, Burkeen says he started his business by asking “why”? Why do we have tons of products under our sinks, why do some of us struggle with keeping our hair moisturized? Your product junkie tendencies may not be totally cured, but those 10 deep conditioners you just love? You may love them even more with this steamer. 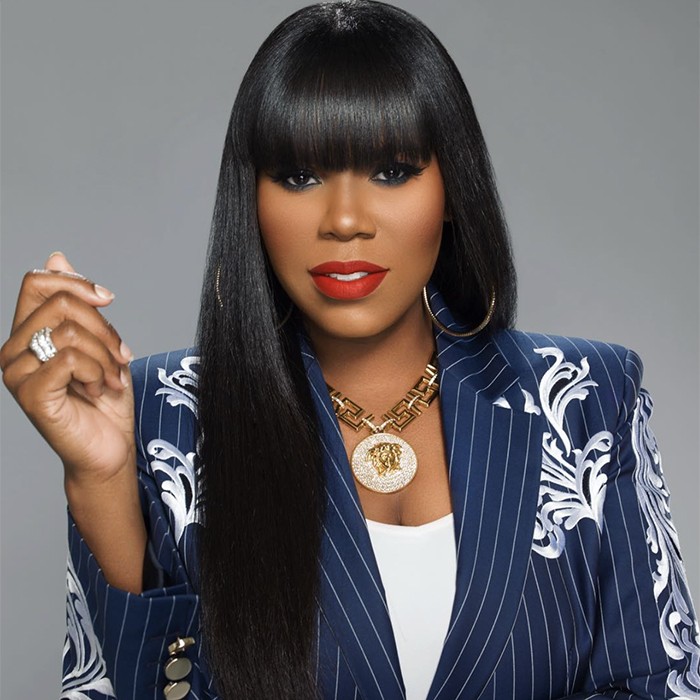 Courtney Adeleye, founder and CEO of The Mane Choice, began her journey by documenting her hair care regimen on You Tube. Driven by a personal interest in the science of hair care, Adeleye (who is a Registered Nurse) created her own mix of products that garnered excellent results on her hair. These formulations resulted in The Mane Choice products. 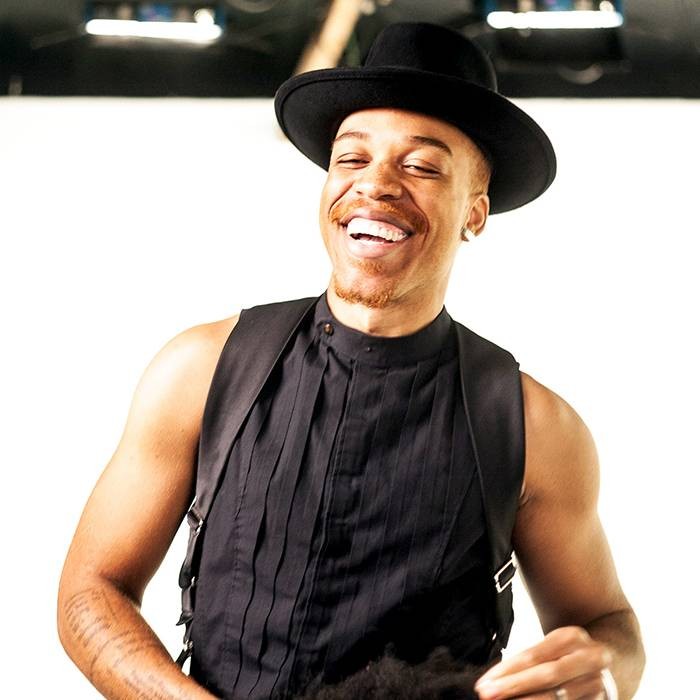 He may be the least recognizable name on this list, unless you are fascinated with the fashion and style of Lupita Nyong’o. Everytime she is on the red carpet, her hair and outfits are on point. The style that caught everyone’s attention was an African inspired updo that Nyong’o wore to the 2016 Met Gala. Curious about who did her hair, I found Francois. Raised in Northern England, he’s been doing hair since he was a teenager. Other clients include Serena Williams, Angela Bassett, and Kerry Washington. He also has a collection of hair products, Vernon Francois Collection, catering to each hair type. 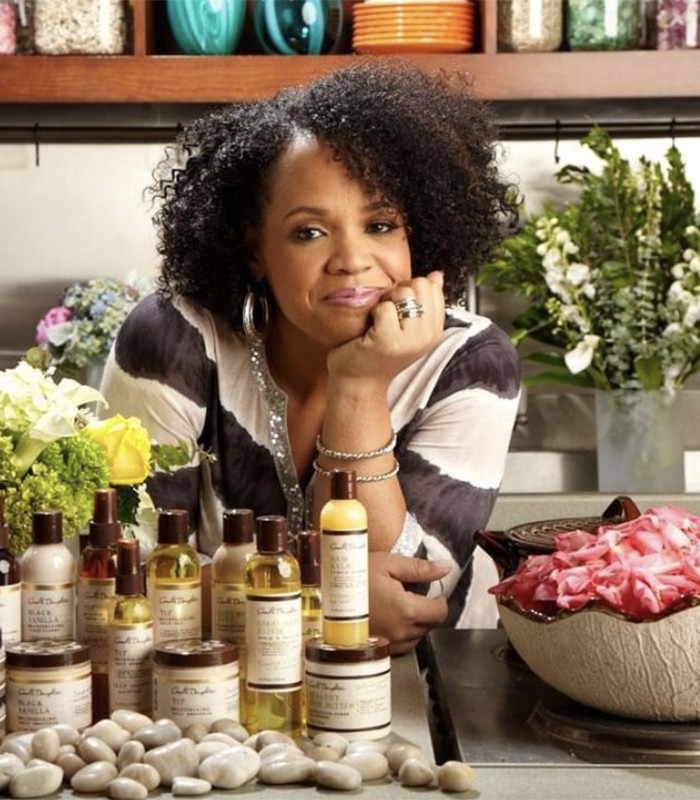 The story of Lisa Price, founder of Carol’s Daughter, is another amazing tale of not finding a product that works for you, so you make it yourself. After her mother, Carol, suggested that Price sell some of her homemade concoctions for her hair and skin, the company was born in 1993, albeit in her Brooklyn apartment.

But progress wasn’t slow; she very quickly outgrew her apartment (soon after having a self-described moment of panic about having to store $900 worth of bottles and jars in her apartment) and opened her first storefront in 1999. Soon celebrities like Jada Pinkett-Smith, Oprah, and Mary J. Blige, began enthusiastically endorsing the products.

In 2014, Price sold Carol’s Daughter to L’Oreal, drawing much criticism from the black community for “selling out”. But Price defended her decision, saying that it had always been her plan from the beginning to build her business and then sell to a larger company. In any case, there is no denying Price’s incredible business accomplishments and contributions to the natural hair care. 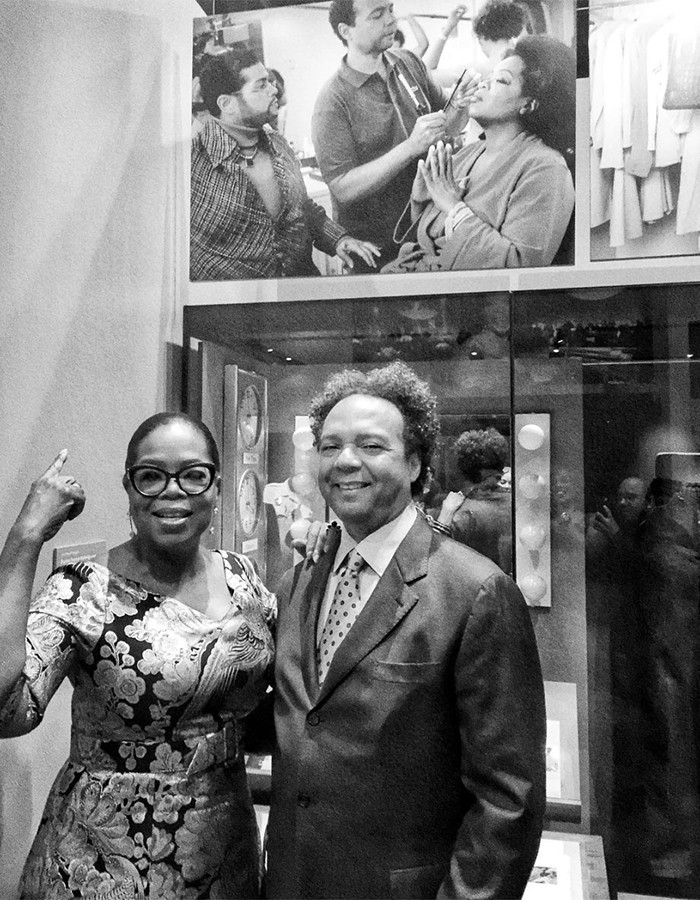 Recognizing that people had different hair textures was obvious, but Andre Walker created a language for us to better describe the variations that we all still use to this day with his Hair Typing System. Type 1 is straight, type 2 is wavy, type 3 is curly, and type 4 is kinky. And it’s broken down even further with A, B, and C categories within each type. He also has a product line called The Gold System and has been Oprah’s hair stylist for over 25 years. 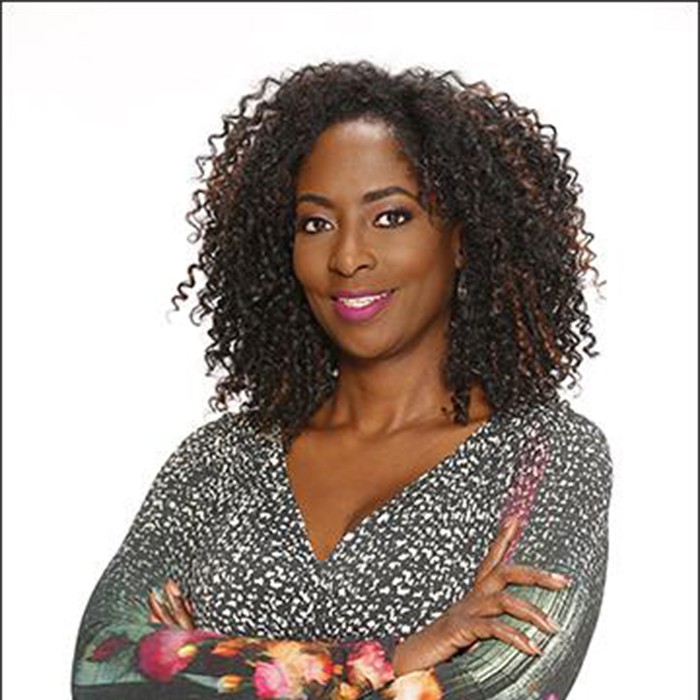 If you know of or have been to the World Natural Hair Healthy Lifestyle Event, you have heard of Taliah Waajid. When her mother refused to let her get a relaxer as a teen, Waajid says she had to carve her own way towards managing and styling her hair. Not surprisingly, family and friends noticed the results and she started doing hair for a living at a young age.

She opened her first salon in the late 80s in Harlem, then moved to Atlanta in 1991. During this time, natural hair was as popular and she had to fight the tide for many years, but she maintained a base of loyal clients. Filling in the product gaps, she created Black Earth Products in 1996, then Kinky, Wavy, Natural for children, and Curls, Waves, and Naturals. 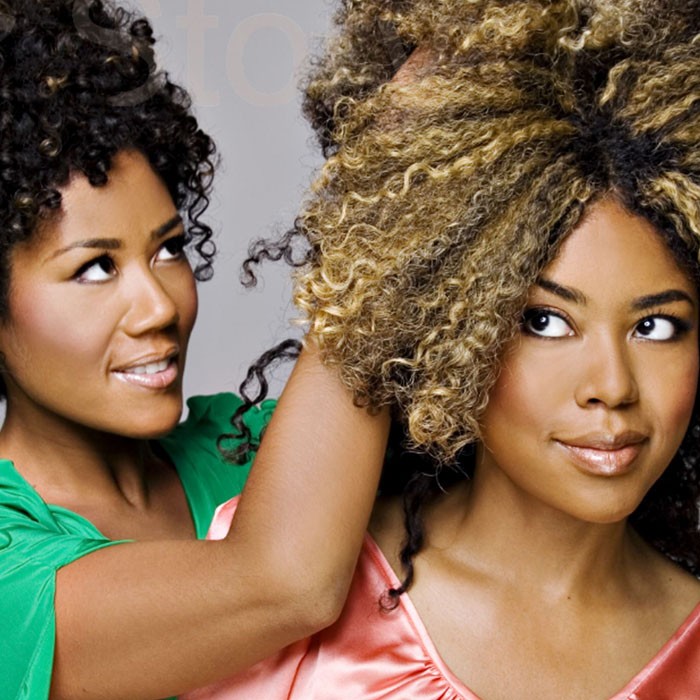 Miss Jessie’s first launched in 2004 by sister duo Miko and Titi Branch. This was still a time where there was a dearth of products that catered to natural hair, so the Branch’s added their take to the mix. Another story of generational inspiration, the siblings grew up watching their grandmother, Jessie, conjure up a variety of homemade mixtures to use on their hair. Their salon, Miss Jessie’s Curl Bar has two locations in New York City and Fort Lauderdale.

Know of any that we might have missed? Let us know in the comments below!