My Experience with Castor Oil 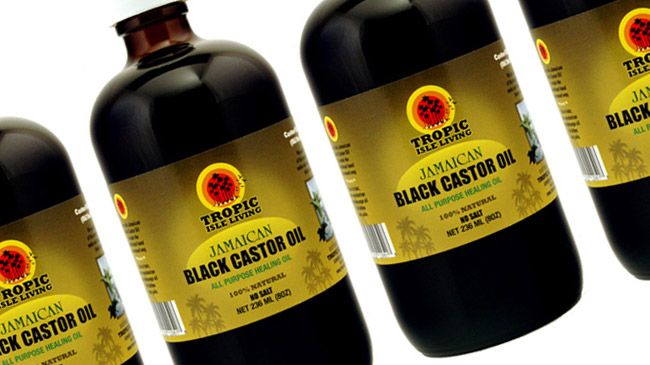 Does it feel like castor oil is everywhere these days? Well in the cool winter months curlies turn to thicker, heavier oils to give their hair long-lasting moisture, and for many castor oil fits the bill. If you're still on the fence about joining the Castor Oil Challenge then read about this blogger's experience with castor oil so far and see if it's the right oil for you.

Why I Needed JBCO

When I first discovered CurlyNikki.com, I learned of the principles of moisturizing and sealing. Unbeknownst to me, I had essentially been doing that with my WnGs, using a leave-in (Infusium 23 or DevaCare One Conditioner) and applying a mix of alcohol-free gel and Carol’s Daughter Healthy Hair Butter. However, with newly discovered information about other options in hand, I decided to branch out and experiment. First, I tried shea butter, which Nikki seemed to love. As our hair types appeared similar, I thought it might work well for me. That wasn’t the case. I found that shea butter just seemed to “sit” on top of my hair and made it feel weighed down without feeling particularly soft or moisturized. Next, I decided to try virgin coconut oil (VCO) as it was lighter and I’d read a few good things about it. Well, it was definitely a lot lighter and my ends looked and felt great after applying it to my released TnC. But, by the end of the same day, my ends felt “crispy.” I thought this might have been related to an apple cider vinegar (ACV) rinse that I’d tried for the first time as well. But, after a couple more uses of VCO without an ACV rinse, I decided that it definitely did not seem to keep my hair feeling soft and moisturized. Therefore, I was still in search of a good sealant and eventually came across this post on CurlyNikki entitled, Battle of Castor Oils. The short of it was that the writer, Krissy, was comparing castor oils for use on her scalp as she’d suffered with eczema for years. Krissy rated JBCO as the best.

After doing a little more research, I decided to venture into the world of JBCO. I wanted to try it on both my scalp and hair. Though I didn’t have any scalp issues, I had read that it could promote thickening of the hair at the roots and growth, both things that I desired (there was a JBCO Edges Re-Growth Challenge running on the CN Forums at the time). I also wanted to try it on my hair to seal as I’d had less then stellar results with shea butter and coconut oil. So, around July of last year, I found the Tropic Isle Living JBCO ($5.99 for 4 oz.) at a BSS that caters to a Black clientele. I was very happy to find this on the ground rather than having to order online and pay shipping!

I started using JBCO on my scalp and hair immediately. The smell has been called “smokey” and “nutty,” and I guess that I would agree. I don’t find it strong, but some do and some even find it intolerable, though it dissipates quickly in my opinion. The consistency is a little thicker than olive oil, but not as thick as regular castor oil. However, despite its viscosity, it’s not sticky, tacky or heavy once applied to hair with a light hand.

When I used it on my scalp, I experienced a lot of itching. Some commenters on the forum thread made references to this being a side effect of JBCO use on the scalp. Some stated that it could just mean that blood flow to the scalp was being stimulated, which meant the hair was going through a growth cycle. However, my scalp is never itchy and it meant to me that it was irritated. In my head, irritation leads to inflammation and scratching, which is counter to growth and can result in excessive shedding. So, I stopped using JBCO on my scalp. But now, I’m not so sure that JBCO was the culprit as I have since realized that amla may have been the source of the problem or, at least, contributed a lot to it. That being said, I may revisit using JBCO on my scalp, just to see if it itches, since I’m no longer using amla. 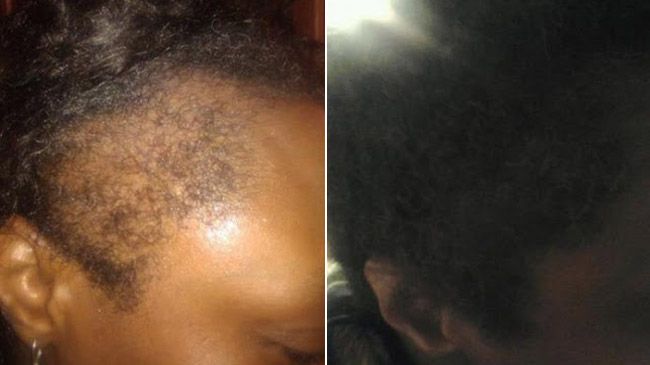 PICTURED: STRAWBERRI CURLS'S MOM, BEFORE & AFTER 5 MONTHS OF USING JBCO

As indicated above, I didn’t use it on my scalp for long, so didn’t notice any type of difference in texture. In regard to shedding, I did experience a lot of shedding during the time I was using JBCO, but I really believe that was due to amla. So, I can’t give you any insights on that. However, there was this article by blogger Strawberricurls, who helped her mother regrow her edges! The woman was very nearly bald from her natural hairline to her ear due to damaging weaves and chemicals. Within 5 months, with daily application of JBCO, she completely regrew her edges!!

I used it on these two strand twists that I’d done and my ends felt like BUTTER!

Now, onto using JBCO on my ends. Different story entirely. O … M … GAWH!! When I tell you that I fell in love with it from the first use, I’m not kidding! I used it on these two strand twists that I’d done and my ends felt like BUTTER! They were sooo soft, supple, smooth, sheeny and moisturized (I know, I know! Oil doesn’t moisturize! Buuuuuut, it seals in moisture and a good sealant keeps moisture in the hair leading to hair that feels moisturized!). 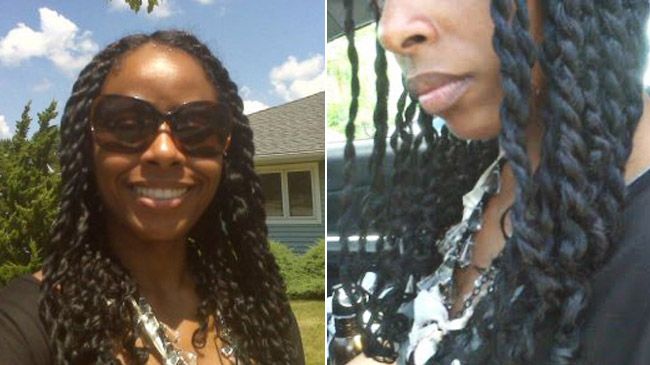 As a Cocktail Ingredient

I not only use JBCO to seal my ends, I also use it in my leave-in, add it to some of my deep conditioners and I’ve experimented with it as a pre-poo oil for my ends. I’ve recently started mixing it with extra virgin olive oil, in order to get the penetrating benefits of olive oil with the sealing benefits of JBCO. Using a 50/50 ratio mix, I’m also able to extend my JBCO further and mask the overt smell of olive oil so that I don’t smell like an Italian restaurant!

6 Ways to Use JBCO

Anyone use JBCO? If so, how do you use it? How often? What kind of results are you getting (i.e. increased thickness, regrowth of edges, decreased shedding, improved moisture retention, etc.)? What are the pros and the cons? Spill!