This is the World's First Afro-Latinx Comic Book Superhero 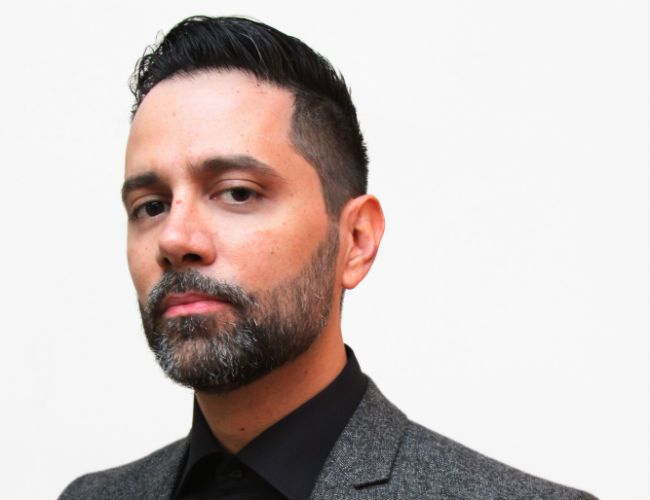 As a child growing up in the New York City, I survived mostly by being a homebody. My mother raised us all by herself and at an early age, introduced me to art. I would draw on any piece of paper I could find - paper bags, envelopes, anything. My older cousin, Santiago, introduced my brother and me to comic books--that was my introduction to the world of visual arts and storytelling. It was so accessible and private for me. I eventually started reading and collecting on my own, but we didn’t have the money to buy these books regularly. I would collect bottles and cans and save up as much money as I could to buy my books. I still have most of my collection in my studio to this day. My friends in school saw that I could draw and would hire me to write and illustrate original stories for them. This evolved into college when I started drawing and designing posters for parties I would DJ or concerts I'd produce. These talents carried into my first job as an educator and community organizer where I would further develop my skills as a designer to create posters for rallies or cultural events. I didn’t study design or art as an undergraduate--it naturally developed for me as I saw that I enjoyed typographic and illustrative design. 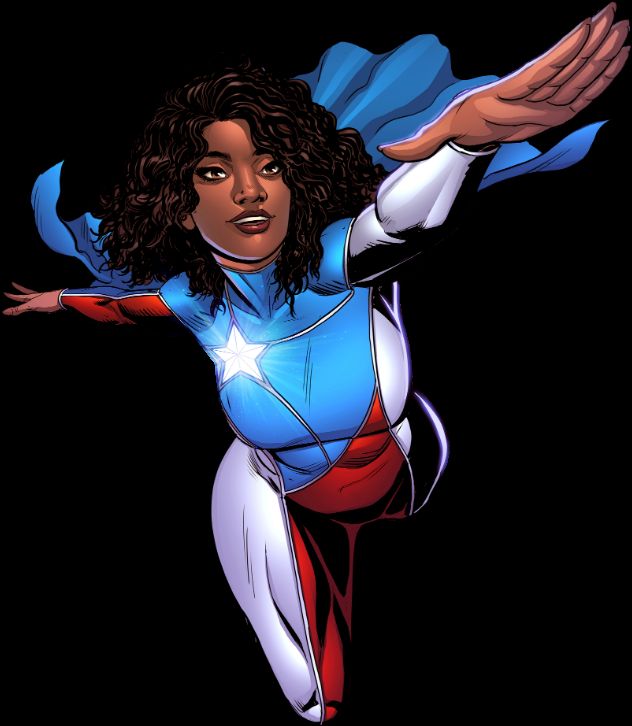 I was well aware of the growing economic crisis affecting Puerto Rico.

Currently the island is under an $80 billion debt that is being handled by a fiscal board appointed by former President Obama. There were a series of events however that lead to this crippling debt crisis. As recently as 2006, Congress overturned tax code 936 which granted US corporations a tax exemption from income originating from US territories like Puerto Rico. This lead to a massive exodus from the island of Puerto Rico of professionals who lost their jobs. The Puerto Rico Oversight, Management, and Economic Stability Act', or "PROMESA," is currently managing the island’s debt and is proposing drastic changes in the island’s economy like lowering its minimum wage to $4.25. In addition to the economy, I was aware of the environmental issues affecting the island like the toxic ashes being disposed of at dump sites in the town of Peñuelas, Puerto Rico. I thought to myself, given how we as Americans love to consume popular culture, is there a chance that if I created a patriotic superhero, I could use my art and storytelling to raise awareness about what is affecting Puerto Ricans? And it has.

This comic book has given me the platform to not only create a character for an underrepresented community, but also an icon that serves to inspire a people.

I know that this project isn’t the solution to the issues affecting Puerto Ricans, but I recognize that there is a power in seeing yourself in a story. For so long we have been invisible in mainstream media. I felt with my professional experience and resources I could put this idea into motion and make it a reality.   I’m currently on a national tour promoting the release of my comic book. Given that I’ve published this independently, I found it necessary to hit the road to connect with the audience this project was created for. So far I have been to Aguada, PR, Philadelphia, PA, and am looking to go to New Orleans, New Haven, Seattle, Los Angeles, and more.

When I meet people, I hear directly from them how important a character like Marisol is.

Women especially come to me to thank me for creating a character that looks like their mother, sister, aunt, daughter, and themselves. There is power in representation and I see that every time I meet someone who has read my comic book for the first time. My background as an activist and my relationship with my madrina, Iris Morales, a member of the Young Lords Party, have shaped how I see my character. I wanted to develop a story around a character that was relatable and familiar.

That’s why I made her an Afro-Latinx... 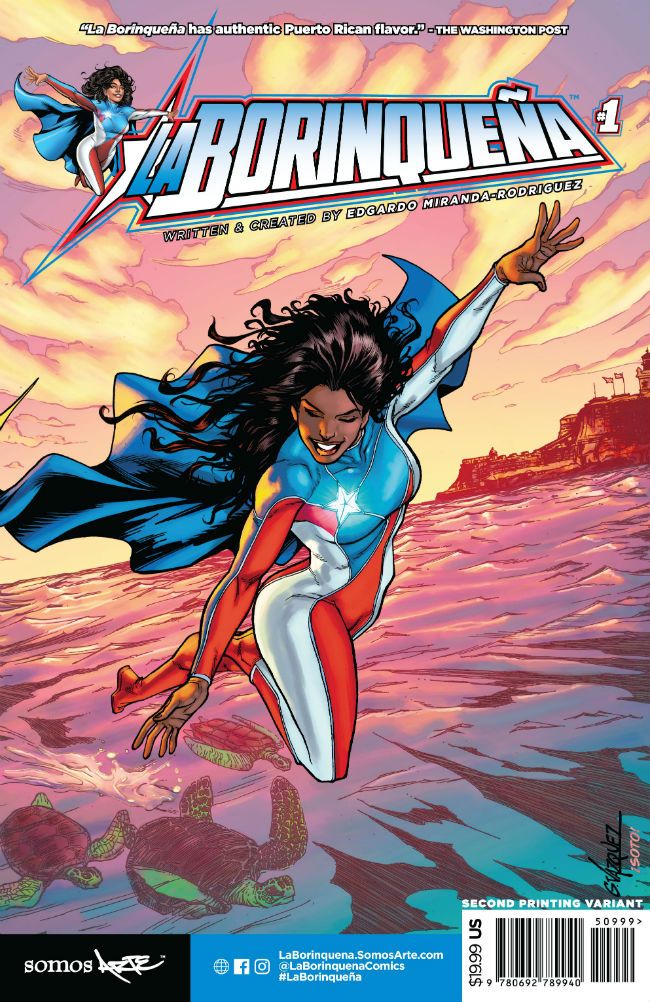 Latinx are too often represented as lighter to whiter complexioned. We’re an ethnic group that's comprised of various races. Our Africanness is too often overlooked or worse, ridiculed. I see the power in our diversity and in representing that in my character. As a superhero, I wanted to give her superpowers to help on her mission to help those in need. She has superhuman strength, flight, weather and water manipulation. These powers I drew from Taíno mythology to also give light to our island’s heritage. However, her true power comes from her very core: she’s a young person, a student, fascinated with the world.

My background as an activist and my relationship with my madrina have shaped how I see my character. As a superhero, I wanted to give her superpowers to help on her mission to help those in need. 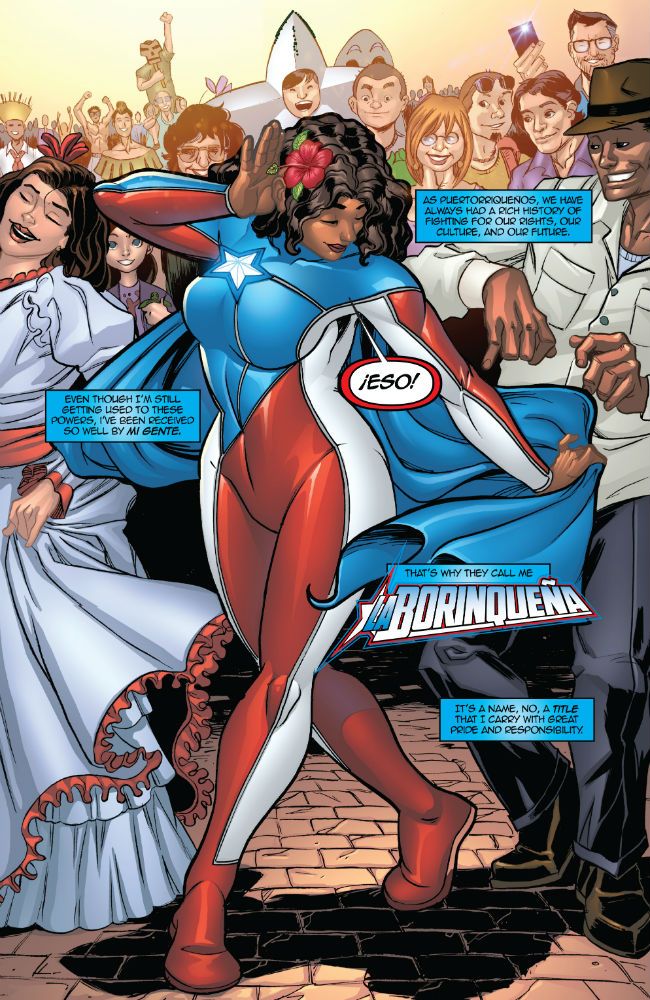 According to a 2016 Pew Research study, 68% of Latinx youth are very concerned about the environment, 17% more than other Americans . As a character, I [wanted her to be] very connected to real issues not only affecting Puerto Rico, but the world. Beyond the comic book pages, the character is taking on symbolic power. Voto Latino, the National Puerto Rican Day Parade, Aspira of New York and the Women’s March have all used images of La Borinqueña as part of their movement. This has always been my vision and hope with this character.  Yes she is a fictional character, but many of us always turn to superheroes in these trying times as symbols of empowerment. The difference with La Borinqueña is that she comes from the mind and studio of an artist in Brooklyn, New York and not in the board rooms of corporate offices. La Borinqueña is becoming the people’s brand, and I couldn’t be more proud of her.

Mainstream media and the stories we’ve all come to know and love don’t acknowledge our heritage or ancestry.

Quite often we consume entertainment that stems from Eurocentric origins. Humanity has a rich and diverse history with equally diverse mythologies. I saw that as a superhero character, no one in mainstream storytelling had tapped into my Puerto Rican heritage. Now, I want to point out that although this story is rooted in Puerto Rican culture, it’s not a story that others will not be able to relate to. Fundamentally I’ve written a story about the human condition, about a young woman. There is universality in her story. As people of color, we’ve learned to see ourselves in stories that do not actually represent us. We see the humanity that connects us all. That is why my first issue does not have a supervillain. It was more challenging for me as a writer to create a story that truly developed this character than to throw her instantly into a battle for her life. Her power, her story, is just starting. I hope to tell so much more about her and why her powers and heritage are so important to her storyline.

Afro-Latinx are quite often overlooked in mainstream media...

Even our very own media in telenovelas or news programs fails to truly grasp the true diversity of our people. With La Borinqueña, I hope to tell the story of a young woman who is your everyday person. She’s from Brooklyn. She’s a college student studying science. She rides her bicycle and she wears her hair naturally. She’s not ashamed of her color nor body. She embraces her image and draws strength from it. When I marched up 5th Avenue last summer for the National Puerto Rican Day Parade, I saw brown girls stare with awe at the young woman I asked to dress up as La Borinqueña.They finally see themselves. Invisibility slowly tears away at a young mind. A child’s self esteem truly measures who they will be when they grow older. When we see ourselves, and we’re ‘super’ we naturally feel empowered.

With La Borinqueña, I hope to tell the story of a young woman who is your everyday person. She’s from Brooklyn. She’s a college student studying science. She rides her bicycle and she wears her hair naturally. She’s not ashamed of her color nor body. She embraces her image and draws strength from it.

When I initially conceptualized this project, I didn’t have an audience to gather feedback from.

Actually, I originally just debuted a character, not even a book. The response the character continues to receive truly astounds me. It hasn’t even been a year and I continue to hear from so many people, especially women, how important and powerful this character is. I felt a lot of pressure to write a story that lived up to the hype, so I listened to my wife and we all took a month long trip to Puerto Rico. It was there, on the beaches of Luquillo, the sunflower fields in Guanica, to El Yunque in Rio Grande that I found the story that I needed. It was more of a spiritual experience for me. I came back home to Brooklyn empowered and charged. Within months I gathered a roster of Puerto Rican artists including a young artist, Sabrina Cintron, who became my protégé. I learned about the power of my heritage. The power of community. The power of our diaspora. We have 3.5 million Puerto Ricans on the island, but have more than 5 million living across the US. That’s why I’m on the road now. To connect with these communities and this will continue to inspire me as I continue to write.