I Have Heartburn During Pregnancy--Will My Baby Will Have A Full Head Of Hair? 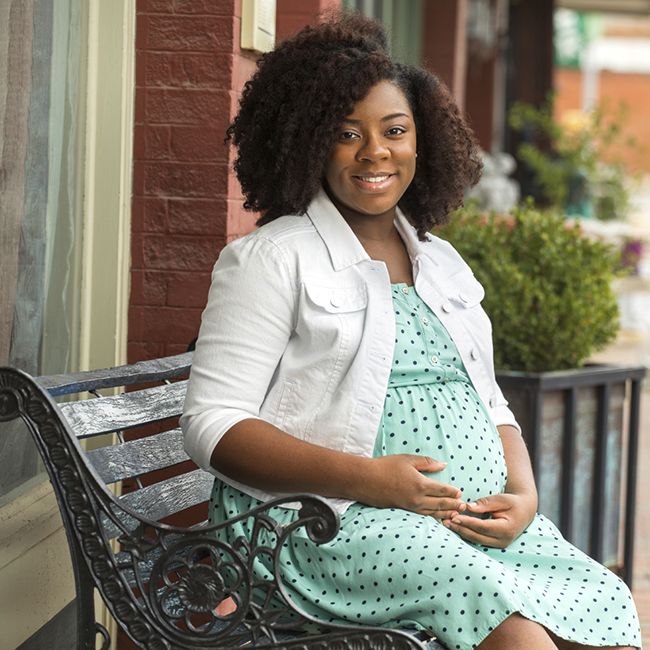 Photo by digitalskillet -- Getty Images
There are plenty of myths and facts that surround the miracle that is pregnancy. From how much food you are supposed to eat to the width at which your belly extends from your body, for ages, humans have produced a plethora of wives tales to determine how your child will look once they are born.  Unfortunately in the past, getting an ultrasound was not an easily accessible option, so myths and guesses were the only way to feel out the results of a pregnancy. Thankfully, modern science has debunked past myths--and facts--regarding what can be declared, or at the very least, researched upon further before giving birth.  This recent question was brought up within the NaturallyCurly community:

When I’m pregnant and have heartburn, will my baby have a full head of hair?

Heartburn has nothing to do with your heart, but it is a burning sensation that occurs internally towards the center of your chest. It is common for an expecting mother to feel the pangs of heartburn when pregnant--usually within the third trimester. Even those who are not pregnant can experience heartburn when the valve between the stomach and the esophagus are unable to prevent stomach acid from passing back into the esophagus. During pregnancy, the hormone progesterone causes the valve to relax, which can in turn increase the frequency of heartburn. Heartburn or indigestion can also be caused by the growing uterus crowding the stomach and pushing around the internal organs of your body. Ouch!

So, what does that have to do with my baby’s head of hair, you ask?

According to a 2006 scientific study done conducted at Johns Hopkins University, a high correlation between the intensity of heartburn and the volume of a baby’s head of hair when birthed is shown. As an extensive study which involved 64 expecting mothers concluded, scientists found that, in fact, the severity of heartburn during pregnancy and the amount of hair that was on their baby’s head did have a connection. The scientists also concluded that the elevated levels of estrogen that relax the esophageal sphincter which leads to heartburn are also hormones that may influence fetal hair growth. Thus, researchers can stand behind the fact that heartburn during pregnancy may be a good indicator of how much hair to expect on your newborn.

How can you reduce heartburn?

Although heartburn is a possible, yet unfortunate side effect of pregnancy there are plenty ways that doctors suggest you can prevent or lessen the intensity.

Many medical professionals suggest avoiding morning sickness by eating smaller meals in the morning. There is a myth floating around that pregnant women are 'eating for two' however, that is not entirely the case. Morning sickness and heartburn throughout the day is sometimes caused by overeating.

There are other preventative measures against pregnancy heartburn like drinking more water, not eating before bed, and lightly exercising throughout the week.

What if you don't have heartburn?

If you have a smooth pregnancy without heartburn and indigestion, do not despair: there is still a fair chance your baby will be born with hair. However, there is no foolproof way to be sure until giving birth.