#SupportThePuff and the Discrimination of Black Hair in School

It’s 2017 and Black girls and boys are still being sent home from school or punished for wearing their hair in natural styles.

In fact, it seems like stories centering on Black hair discrimination are surfacing a lot recently. I think many of us have seen, this year especially (side eyes U.S. administration), that the more things change, the more they stay the same. 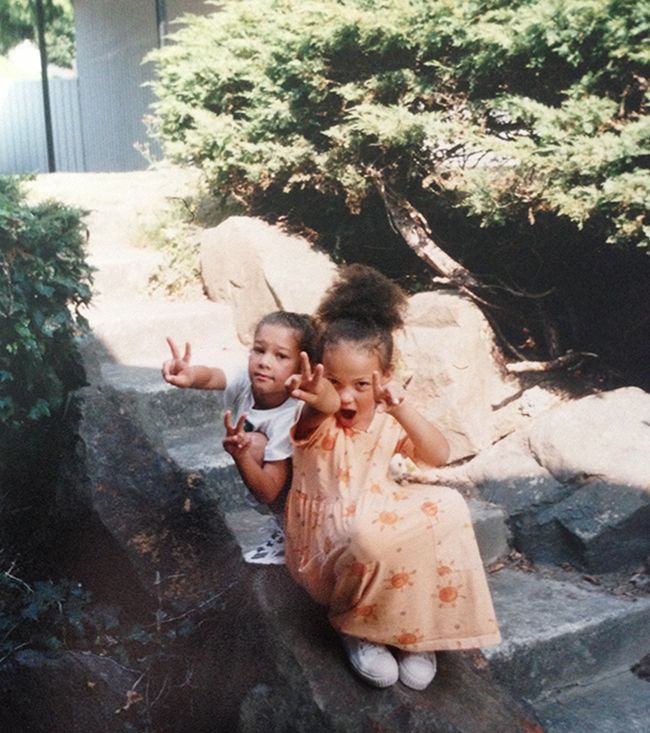 Kiana and Rhylie age 6
**While I do wear my hair natural, I am cognizant of the fact that as a bi-racial Black woman my hair journey has been different, and that the social implications of having less textured hair are generally less offensive. This is due in part to Eurocentric beauty standards and mainstream ideals, so the more my hair leans towards 3b rather than 4a, the less eyes will watch me as I walk through the beauty section at Target. #RacialProfiling #HairDiscrimination #thatsawholeotherarticle 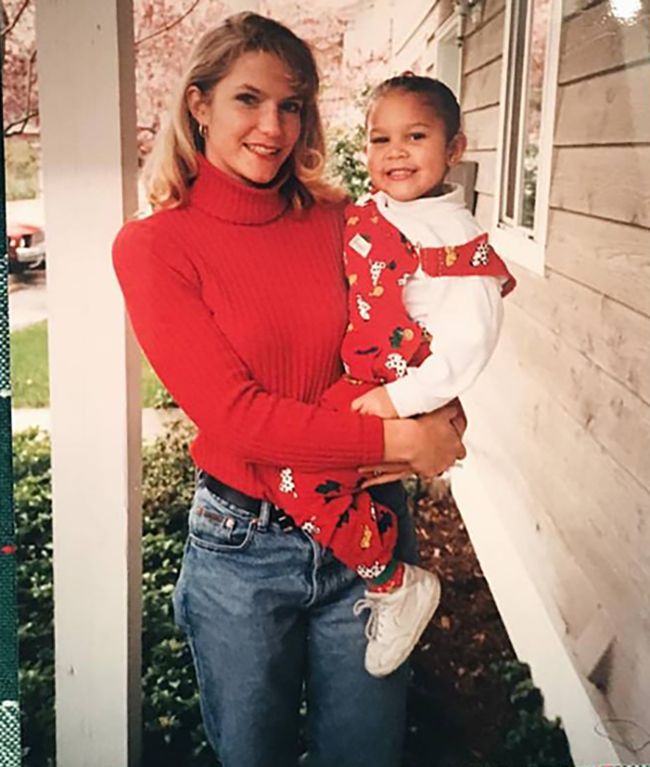 Kiana and mom somewhere in the 90s

Growing up, my mom would spend countless hours detangling, combing, braiding, slicking back, or adding berets to my hair. I never understood why it was so important to her that I “looked presentable” at school until I got older.

When I got to the age where I could begin doing my own hair for school, I would get it wet, throw it up in a ponytail, and be ready to go.

Finally, the days of my mom hacking through my kitchen, re-doing my middle part and pigtail braids until it was perfect was over. 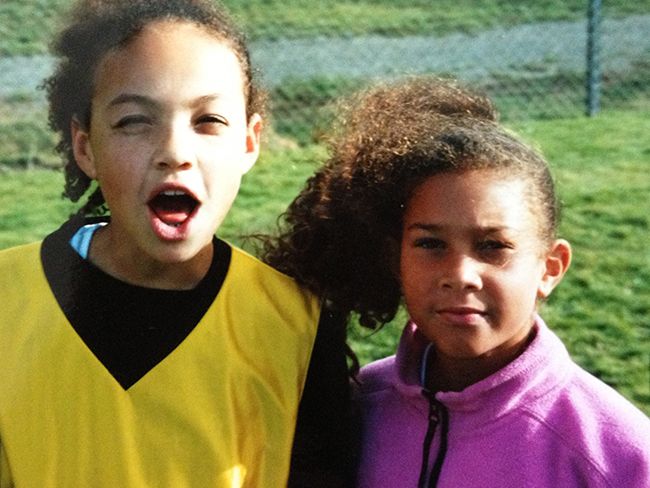 Kiana does her own hair phase

My mom would deliberately let out a loud sigh as I walked out of the house with fuzz on the top of my head and hairs out of place, before calling out to me “make sure nobody thinks I did your hair today.” I would then ignore her sardonic disapproval and head to my predominantly white school, without any realization that wearing my uncombed hair could be considered rebellious and threaten my education, or even be seen as a representation of my mother's parenting.

It wasn’t until middle school that I began to feel the pressure of society to straighten or “tame” my hair. From the various curious hands coming for my hair, to the constant comments about how “cool” or “fuzzy” or “big” it was, to the boy in middle school who sat behind me and would throw things in it to see if it stuck, I was fed up with my hair, and I finally began to understand my mom’s insecurities.

As I approach my mid-twenties, and I read stories about girls like 20-year-old waitress Akua Agyemfra, who was sent home from work for wearing her hair in a bun, or a third-grader from Belton, Texas who was sent home from school because the principle did not approve of her hairstyle, I am reminded that my natural hair is still not celebrated or accepted by mainstream society. And although there are many supportive people in my life who encourage and inspire me to love my natural hair, I still feel this judgment heavily, and it weighs on me daily.

Fortunately, due in part to social media and the strength and unity of the natural hair movement, many of the cases that had girls sent home from school were confronted and later condemned, one of which started the #SupportThePuff hashtag that went viral on Twitter last summer and is still used today.

The hashtag began in support of Tayjha Deleveaux, a high school student in the Bahamas who was confronted by school officials during school hours and told her hair looked “untidy,” and that she could be suspended if she did not braid it or put it up. 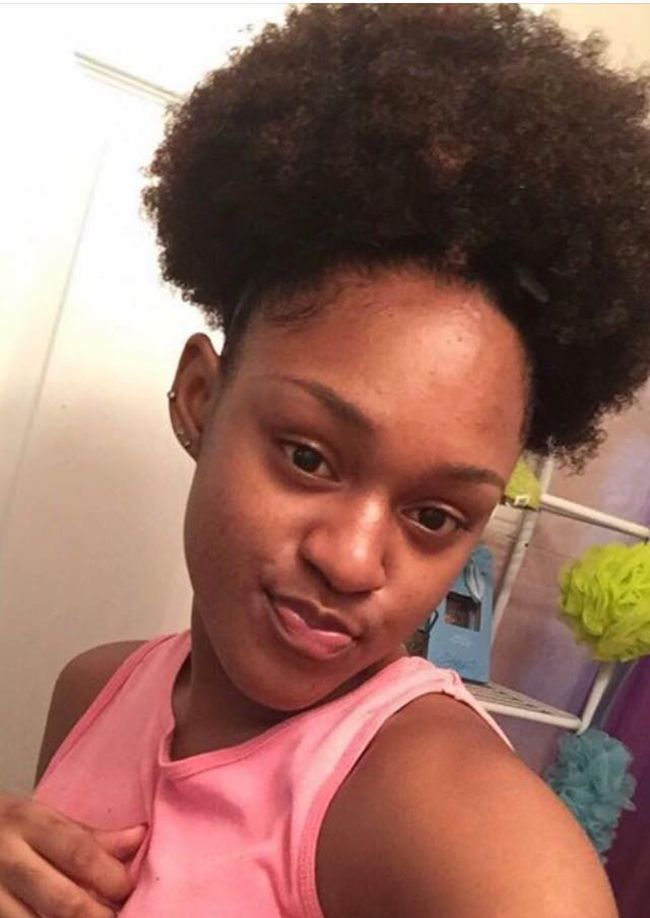 Untidy where? How beautiful is Tayjha' s hair!

The notion of society passing judgment on Black women’s hair is not new, and even with today's natural hair movement and awareness of Black hair discrimination, stories of Black boys and girls being targeted for wearing traditionally Black hairstyles is plentiful. In fact, Black girls have still been experiencing detention and overall criminalization in schools at an increasing rate over the years.

At a moment when footage of the brutalization of Black men has emerged with horrifying regularity, the media has overlooked the oppression of girls of color.

According to Monique Morris, author of “Pushout: The criminalization of Black Girls in Schools,” African American young women make up only 16 percent of girls enrolled in school, but make up 33 percent of girls with school-related arrests. Her book reveals the cultural beliefs, colorblind policies, and biased practices that are at the center of this issue.

While curly hair is something my mom has always taught me to commemorate, I learned at a young age that it is also something others feel they have the right to judge and control.

Not only are Black girls asked to change their hair to better fit mainstream beauty standards, they are at risk of having their education threatened if they refuse to conform.

Initially, when I read about these girls being sent home it reminded me of all the hair related insecurities I had growing up, and the present, residual concern of whether I look “presentable” or not depending on how frizzy my hair is that day. But then, I think about the supportive community I’ve curated online through following curly hair bloggers, how much my self-confidence and hair confidence has grown despite the many mainstream standards and image policing still in place, and the inspiring women I work with at Naturally curly that have gone through similar insecurities and hair journeys that I get to learn from every day. 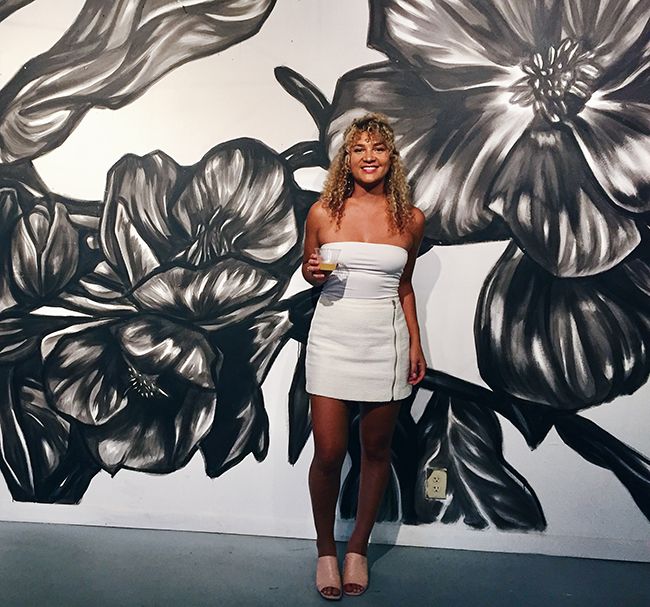 Society still has a long way to go when it comes to accepting and celebrating a variety of hair textures and styles, but I know that I have come a long way, and I’m confident that if we continue to stand against injustices and discrimination, mainstream standards will follow suit.

Have you ever felt that your hair has been policed due to its texture or style? Let us know in the comments below.