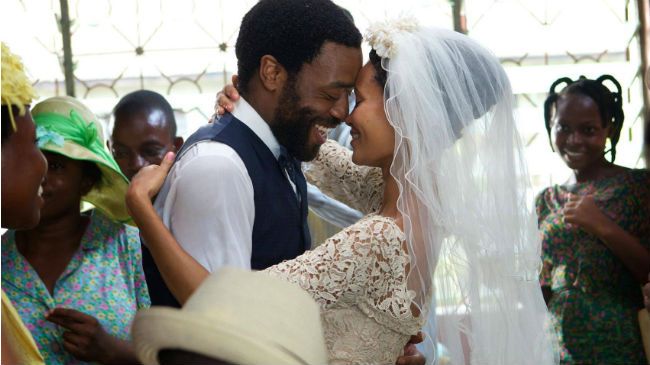 PHOTOS COURTESY OF THANDIE'S FACEBOOK
2013's Half of a Yellow Sun is a racially and culturally-charged film starring Zimbabwean actress Thandie Newton, who plays a Nigerian activist, Olanna, circa the Civil Rights Movement of the 1960s. In the film she rocks protective styles over her naturally curly hair. Newton may be comfortable in her own skin now, from her ringlet curls to her tawny skin complexion, but she admits she has not always accepted her physical appearance. With taunting and bullying rooted deep within her childhood school days, Thandie's lack of self-confidence stemmed from her obvious differences from her white, straight-haired classmates.

In a recent interview with The Sunday Telegraph, the actress recalls the nuns in her school teasing her for having "ghetto hair."And on picture day, they nearly refused to take Thandie's picture for the yearbook until her mother had a talk with them. The next day, her photo was taken.

My mum braided my hair – for her it was the neatest, prettiest style, the equivalent of having your hair freshly cut and styled...I went to the best school in town, which was run by nuns, and they wouldn’t let me have my photo taken because of my hair..."I think they thought it was a bit ‘ghetto’, though we didn’t really know what that meant. It was absolutely not ‘ghetto’. 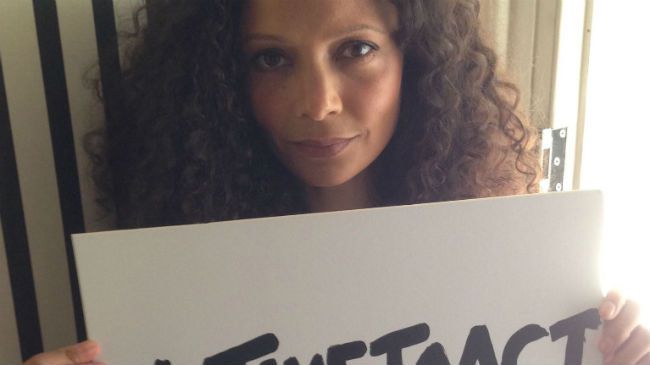 Newton says that although she embraces her Zimbabwean roots now--including her natural hair--she is still challenged in her line of work to chemically alter her tresses for acting roles and appearances. She recalls how her childhood experiences molded her to feel how she does now about loving herself:

"There were layers and layers of low self-esteem attached to these early experiences, and I continued to have very low self-esteem for years...As I could I had my hair professionally ‘relaxed’ with chemicals to make it 'normal'... It was how Hollywood wanted my hair, too."