How to Make DIY Sea Moss Gel for All-Natural Slip 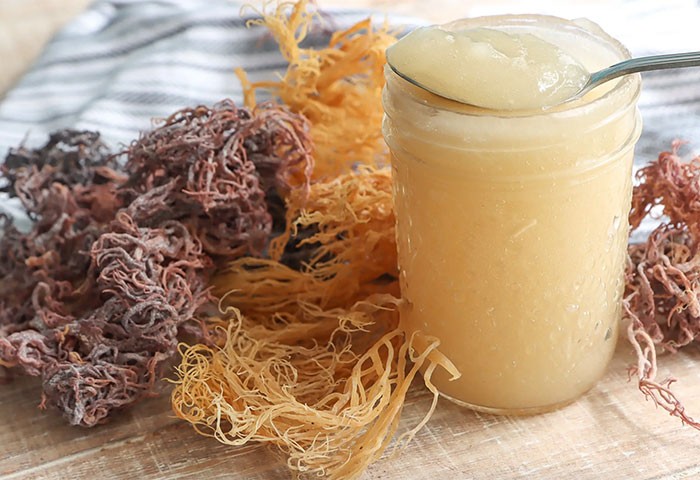 Photo by Monique of Divas Can Cook

When health-conscious celebs and influencers like Erykah Badu, Tabitha Brown, and Kim Kardashian began touting the benefits of sea moss, also known as “Irish moss,” the beauty scene exploded with smoothie recipes and skin routines featuring it as a main ingredient for glowing skin and a strong body. And if you happen to be looking for healthy ways to treat your hair and scalp on those self-care days, this versatile superfood might change the game for your curls, too.

Ahead, we’ll give you the run-down on why this nutrient-packed algae has people’s attention, the easiest step-by-step instructions on how to make your own hair gel at home, along with tips and tricks from curlies who’ve already tried it.

The Benefits of Sea Moss as a Gel

One of the most beneficial factors of sea moss that has boosted its popularity is its nutritious make-up. In addition to boosting energy and metabolism, it is packed with tons of vitamins and minerals in just one serving. It’s native on the coasts of Europe, North America, and the Caribbean, and has been used to treat illness and supplement diets for hundreds of years. It’s so nutrient-dense that it was used as a source of food during the Irish Potato famine, hence its name “Irish sea moss.”

It’s mostly sold in a gel or capsule form for easy consumption as a supplement, but raw sea moss can also be added to soups and salads. You can make a DIY sea moss gel for consumption, which Monique of Divas Can Cook describes as an apple sauce-consistency that can be added to smoothies (pictured above). And while there haven’t been many long-term studies done on the effects of consuming sea moss, some naturals swear by the gel’s topical benefits for curly hair. It’s said to condition and strengthen hair, as well as add perfect slip for detangling. YouTuber, vlogger, and natural hair guru Whitney White, a.k.a Naptural85, shared how applying sea moss gel left her hair feeling moisturized and lightweight, along with her very own recipe.

How to Make Your Own DIY Sea Moss Gel

Of all of the recipes on the internet, Whitney’s is one of the best due to its simplicity—this DIY project doesn’t require a ton of effort.

For her recipe, you’ll need:

Begin by cutting about ½ cup of dried sea moss and adding it to a deep bowl, covering the moss with water. Let this sit overnight in the fridge for at least 8 hours to soften the moss.

Next, place the expanded sea moss in a saucepan (checking for bugs), and cover it with water again—this time, bringing it to a boil over medium-high heat, stirring occasionally. When the moss has disintegrated fully into a gel, turn off the heat and let it cool.

At this point you can use the gel as it is, or you can add an oil of your choice to make it spread more easily. Whitney adds the raw gel into a blender and squeezes a bit of her own Melanin Haircare Pure Oil Blend containing almond, sweet almond, baobab, avocado, jojoba, sage, geranium, and vitamin E oils. Then she adds about ½ cup more water to the mixture and blends.

When you pour out the mixture now, it should be a silky gel that you can use right away. You can also let it sit for a while to thicken.

Whitney applies all of her wash-day products before grabbing a generous scoop of gel and smoothing it on in sections. She does all of this while jamming out to her 90’s wash-day playlist which you can find here.

But is Sea Moss Gel Flaky?

With sea moss gel, things can get really flaky! Be sure to smooth the gel evenly from roots to ends to avoid it. Check out YouTuber LaToya Ebony’s flaky experience with this recipe.

After air-drying, Whitney’s results are super-defined, shiny, bouncy curls that are ready to be styled or worn as-is.

Are you sold on the health and beauty benefits of sea moss? Have you ever used the gel in your routine? Sound off in the comments.