The Essence Festival has always been the place to be for the best in entertainment and food in the great city of New Orleans. In fact, Essence Weekend is the mecca of #blackgirlmagic. So if you’ve been to the ultimate gathering for women of color, you know that Essence Fest is a huge deal for the natural hair industry, but there are some other highlights (pun intended) from the summer’s biggest celebration of curls, coils, community, and culture! Check out our top picks. 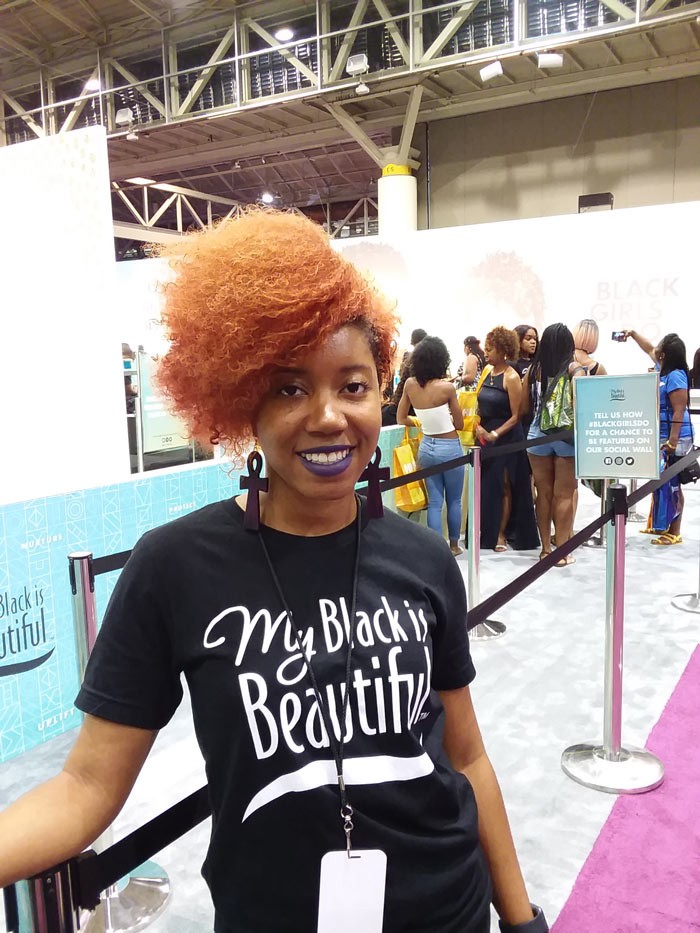 Attendees get the chance to rub elbows with the makers of their favorite products and hair gurus with workshops, product demos, and a blogger panel. Special guests included some of our favorite natural hair influencers like Ashley(@CurlsfotheGirls), Nae (@Nae2Curly), Nic (@Modelesque_Nic), Yolanda Renee (@EtcBlogMag). Celebrities also make it a priority to stop by and show some “natural” love.

At the opening press conference for Essence Fest, ESSENCE Ventures CEO, Richelieu Dennis, announced the official launch of the $100 Million New Voices Fund. Established in 2017, the funding will aid in assisting women of color with their businesses and the communities they serve. 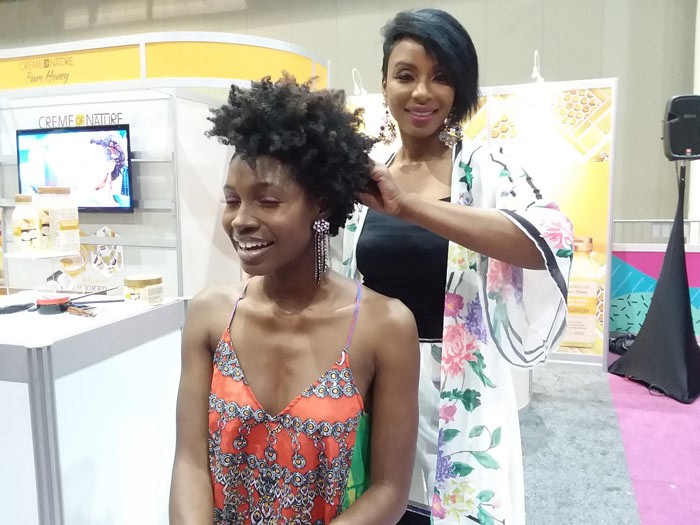 This weekend, Crème of Nature debuted its Pure Honey Collection. In one word, it’s best described as fabulous! The smell is delectable, and the products have just the right amount of “slip.” Essence Fest attendees were able to get free samples of Pure Honey products as well as the familiar Holy Grails we love, such as the Moisture & Shine Curl Activator Crème. Oh, and I can’t forget the cute oversized tote bags the samples came in! Brand Ambassador Pekela Riley also performed live product demonstrations and answered attendee questions about hair maintenance at the Earnest N. Morial Convention Center. 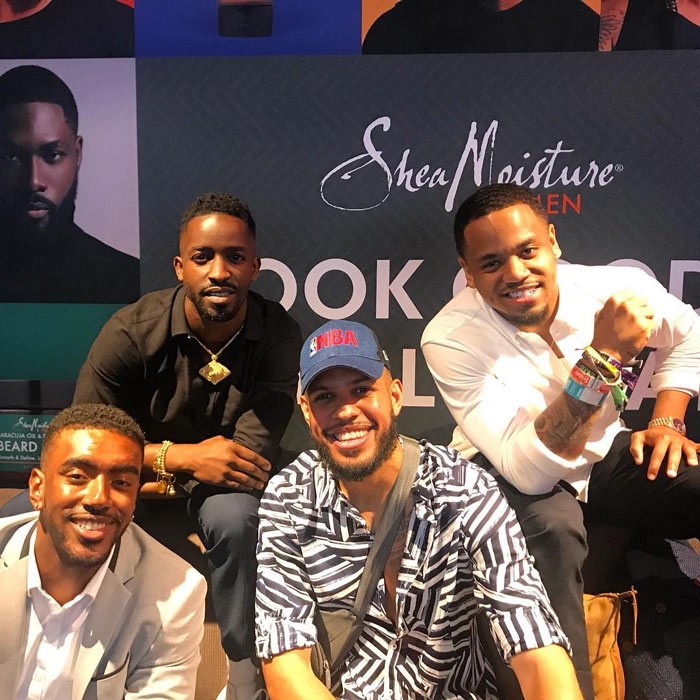 4. The Men of SheaMoisture

Did you know that guys frequent Essence Fest almost as much as ladies do? For all the men in attendance, SheaMoisture did a wonderful job of incorporating pampering for guys into its marketing this year. The SheaMoisture Men's line was in full effect, and we enjoyed every minute of the Shea Does Nola takeover, which included awesome panels on business, love, and yummy cuisine via Breakfast & Beards, among other activities. HBO Insecure star Sarunas J. Jackson also stopped by Shea Moisture’s Essence booth. Needless to say, it was a handsome surprise! 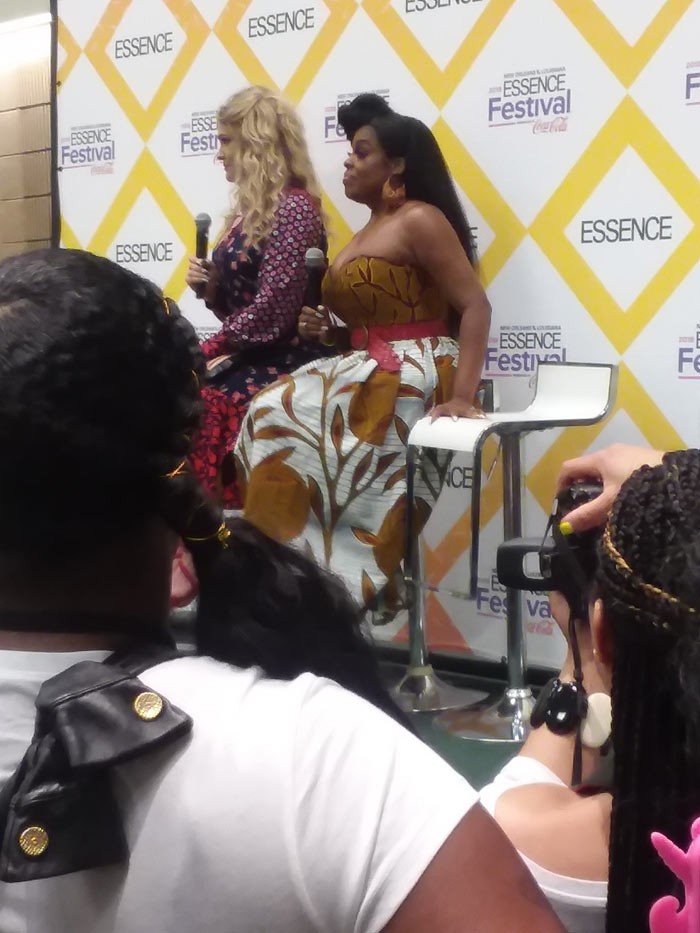 5. The Cast of Claws

Fan girls were in for total awesomeness at the cast appearance presented by TNT at Essence Fest this year. Niecy Nash and Jenn Lyon were in attendance for a screening, along with a little “salon talk” in the press room.

When I tell you Cantu flooded the streets of the Big Easy, it really did! The Cantu Crew traveled throughout the city making it rain with free products in a stylishly branded SUV in three prime locations of New Orleans. There was also a Besties Brunch hosted by brand ambassador Melissa Chanel. Who wouldn’t want to take her curlfriend to brunch Essence Fest weekend? Talk about hot fun in the summertime!

7. A Special Day of Service for an Extra Special City

We all know New Orleans is a beautiful city known for big fun, food, music and culture, but in August 2005, the city suffered from the tumultuous Hurricane Katrina and is still recovering. Essence Fest is a true party with a purpose that pours into the city in which it is hosted. On the first day of the festival, volunteers gathered at the Dryades YMCA for various assignments to restore the city.

8. Mary J. Blige and Everything She Does for the Culture

If you’ve never seen Mary J. Blige perform, you don’t know what you’re missing. No stranger to leaving it all on the stage, Mary gave us her very best, performing classic songs we all know and love such as “Real Love” and “Family Affair.” And of course, she danced her behind off in true MJB fashion! Mary also launched the Sister Love jewelry line alongside Simone B. Smith, the wife of LL Cool J, at the Festival. In addition to this, Mary hosted her brunch, themed “Strength of a Woman.” Clearly, the Queen of Hip Hop Soul shows no signs of slowing down.

9. Queen Latifah in the Epitome of Girl Power Collaborations

Whether you know her as Queen Latifah or Dana Owens, one thing remains constant about the woman of many talents: the sincerity in making sure women are seen, heard, and respected. Latifah reunited with R&B singer Brandy and rappers MC Lyte and Yo-Yo for the classic remix of Brandy’s 1994 debut single “I Wanna Be Down.” The Mercedes-Benz Superdome stage was on fire and things got hotter with the addition of Love & Hip Hop star Remy Ma, the phenomenally talented Missy Elliot, and rap legends Salt-N-Pepa.

Sunday may be the last day of the Essence Fest, but it’s just as action-packed as the days that preceded it. This past weekend, the biggest day of empowerment kicked off with a tribute to iconic gospel singer Dottie Peoples with performances by Grammy winner Tasha Cobb, Johnny Gill, Smokey Norful, Bri Babineaux and many other chart-topping artists in the music industry.

What are some of your fave highlights from the epic Essence Weekend?