A Crowning Victory for Natural Hairstyles 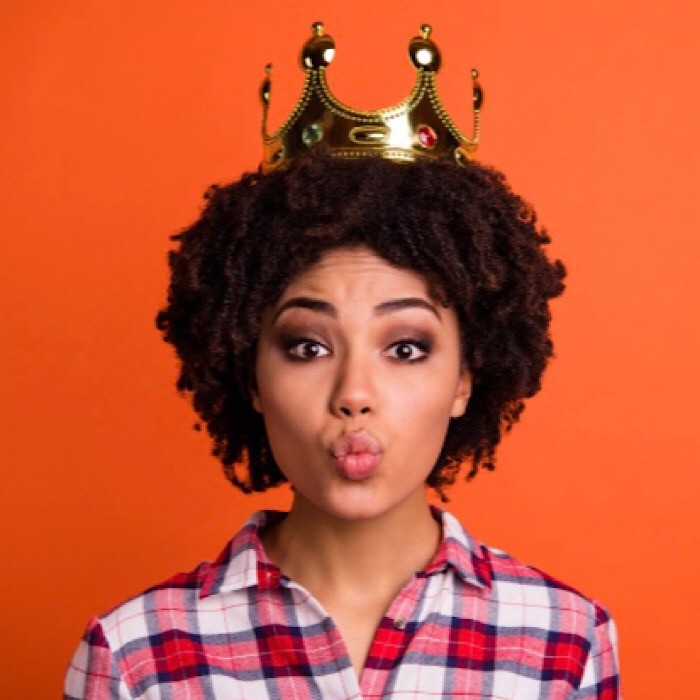 When award-winning news anchor Brittany Noble Jones switched from her “anchor bob” to a style that accentuated her natural texture, she was criticized and then fired from her Jackson, Miss. News station.

The newscaster began wearing her natural hair on air on WJTV-TV in March 2017 after learning she was pregnant.

"When I was pregnant, I wondered how I would teach my child to love their hair and I didn’t love my own,” Noble Jones told Today Style.

This kind of discrimination could become a thing of the past, thanks to a groundbreaking California law that other states hope to emulate.

On July 3rd, the groundbreaking Creating a Respectful and Open World for Natural Hair (CROWN) Act was signed into law by California Gavin Newsom. California became the first state to expressly include natural hairstyles in its anti-discrimination law.

"While anti-discrimination laws presently protect the choice to wear an afro, afros are not the only natural presentation of Black hair," said California state senator Holly Mitchell, who introduced the Crown Act and sports locs.

Dove co-founded the CROWN Coalitionin partnership with the National Urban League, Color of Change, and Western Center on Law and Poverty. On Dove’s website, the company says their mission is to “advance efforts to end hair discrimination and to create a more equitable and inclusive beauty experience for Black women and girls.”

In the US, the law does not currently afford protection for race-based hair discrimination, even if the hairstyle is inherent to racial identity. That’s why Dove co-founded the CROWN Coalition in partnership with the National Urban League, Color of Change, and Western Center on Law and PovertyThe mission is to advance efforts to end hair discrimination and to create a more equitable and inclusive beauty experience for black women and girls by driving change in other states.

“Claiming success in California sets the stage for us to get legislation passed in other states,” Adjoa B. Asamoah, Unilever’s Chief Operating Officer, told Blavity. “The prospects of this being a nationwide push look good.”

During Essence Festival last weekend, Bracey hosted a “Crowns & Conversations” event to not only celebrate California’s new legislation, but to also create a call to action for other Black women to push for similar legislation across all 50 states.

“These bills are only the beginning, as the CROWN Coalition is galvanizing support for legislation to end hair discrimination,” Dove says on its web site.

California’s CROWN Act observes that “the history of our nation is riddled with laws and societal norms that equated ‘blackness’ and the associated physical traits . . . to a badge of inferiority, sometimes subject to separate and unequal treatment.” It notes that this association permeated the workplace, where “professionalism was, and still is, closely linked to European features and mannerisms.”

California’s Fair Employment and Housing Act now includes in the definition of race “traits historically associated with race, including, but not limited to, hair texture and protective hairstyles,” the latter including “hairstyles [such] as braids, locks, and twists.” Any California employers with grooming policies that prohibit protective hairstyles must now amend those policies and train hiring managers about the new law to prevent preconceived biases about natural hairstyles from influencing hiring decisions.

Accordingto research sponsored by Dove, Black women who wear their natural hair are:

“We can see a world where we are all valued for who we are, a world where we express our individuality without any concern,” says Dove. “No woman should ever be “judged” or held back by her appearance.”

If the CROWN Act becomes the law of the land, stories like those of Noble Jones may become a thing of the past.

Noble Jones has filed a complaint against the station with the Equal Employment Opportunity Commission, and hopes that her story helps spark change in the industry. WJTV-TV and Nexstar Broadcasting denied that her hair was the reason for her termination.

"I want to help news organizations diversify their product because America is counting on us,” Noble Jones told Ebony. “My story is so much bigger than hair."

To find out how you can support the CROWN coalition and sign the petition to bring anti-discrimination hair laws to your state, visit https://campaigns.organizefor.org/petitions/help-make-hair-discrimination-illegal.