Video: Watch The Best Moments of Texture On the Runway 2018 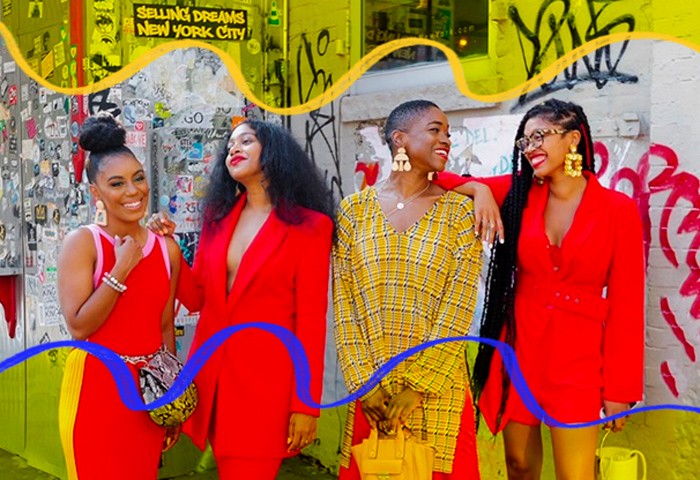 14 of the top brands for curls and coils

One of the top beauty retailers

More than 800 influencers and community members

A Second Line Band and a Miss Universe finalist

They all combined for a truly magical night September 6 at Gotham Hall during New York Fashion Week. It was a spectacular way to celebrate NaturallyCurly’s 20th anniversary.

Over the course of the 2-hour event, the audience was treated to a show full of drama and surprises, gorgeous one-of-a-kind fashions, and the most amazing textured hairstyles created by some of the world’s top celebrity stylists.

There were jaw-dropping moments throughout the night. Afro-Latina star and co-emcee Amara La Negra kicked off the finale with a sexy performance of two of her songs.

Camille Rose Naturals took us on an exotic trip around the world, with models showcasing looks inspired by the Amazonian Rainforest, the South Pacific, and the Middle East.

For Mielle Organics, the styles and looks were crafted and inspired by the woman warriors of Wakanda. The message encouraged unity within the textured-hair industry rather than competition and division.

SheaMoisture’s runway presentation had a Jamaican theme, with models dressed in looks that brought the warmth and glow of a tropical day. Davina Bennett, Miss Jamaica and SheaMoisture Jamaican Black Castor Oil Brand Ambassador — the first woman to rock her afro at the Miss Universe pageant — headlined the show.

The Mane Choice brought a storybook to life with a very special fairy tale at this year's Texture on The Runway, featuring whimsical costumes and models dressed as different goddesses, each representing a different haircare collection.

The power of Texture on the Runway extended beyond the runway, into the social media suite created by ORS Curls Unleashed, complete with virtual runway and an explosion of pink and gold balloons.

CurlTalk TV’s Gerilyn Hayes was front and center, interviewing influencers and VIPs. Earlier, she was outside talking to curlies in the street.

Texture on the Runway ’18 far exceeded my wildest expectations of what I envisioned when we launched the first event in February 2012 at City Winery in New York City. Since its debut, Texture on the Runway thas become one of the most anticipated and talked-about events in the natural hair community. The innovative runway show arose out of my frustration that Fashion Week lacked inclusivity.

Texture on the Runway puts curls, coils, and waves front and center, letting the hair inspire the fashion rather than the other way around. Brands are encouraged to take their interpretations of texture down the runway, whether that be intricate protective styles like braids and twists, cascading curls, or big, luscious ‘fros.

With each show, the creativity has expanded beyond hair and fashion to the entire presentation. Brands have created increasingly ambitious and exciting themes, incorporating entertainment into their presentations.

The true magic of Texture on the Runway was the confidence, creativity, and positive energy of the people who packed Gotham Hall to see the show. The enthusiasm of the crowd was magical, as eager attendees gasped in excitement as each fabulous look sailed down the runway.

It was the most memorable night in NaturallyCurly’s history.