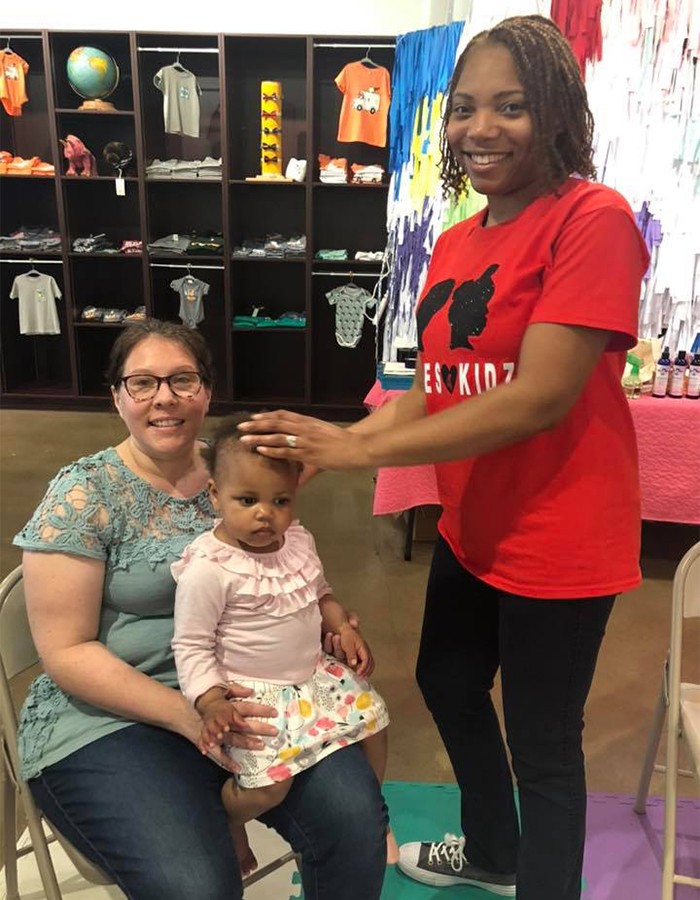 Tamekia Swint was never looking to do hair professionally --- it just happened to be one of her jobs that made extra cash on the side during college. But after going on a missions trip to Poland where she taught a class on hair braiding, she decided to go back to her college days and do hair part-time.

“It was kind of through [the class] that I was open to the idea of working with kids and working with hair,” Swint said.

Years into her part-time gig as a hairstylist, Swint was approached by a friend who had a colleague at work who was struggling with how to manage her three adoptive daughters’ hair. Swint decided to lend her help to the mom, and through that relationship came Swint’s passion to help transracial adoptive parents who were in need of natural hair care services for their children -- so she started her non-profit, Styles 4 Kidz, to help share her knowledge. 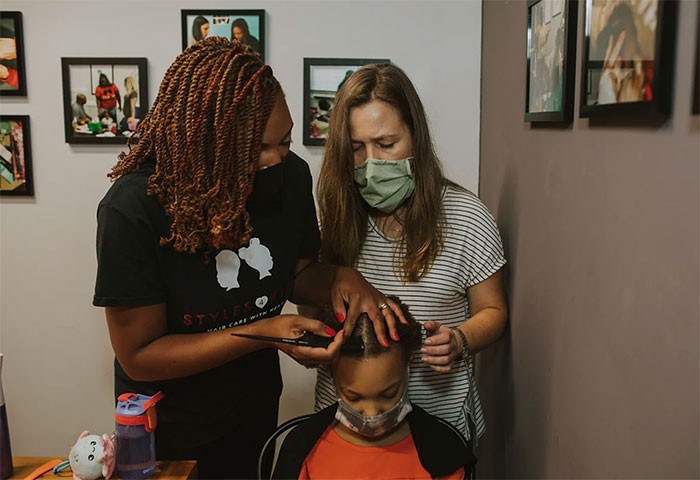 “Nothing could have prepared me for this,” Swint told Naturally Curly. “It was a step of faith the entire time.”

Started in 2010, Styles 4 Kidz aims to provide high-quality, compassionate haircare education and services for African-American kids in foster care and transracial adoptive families. Shortly after starting her organization, Swint realized how much demand there was for her services, going from 3 clients in 2010 to serving over 500 clients throughout the United States. Swint’s approach to her work is simple: to provide a safe place to learn for adoptive parents to learn about their transracial children’s hair without judgment and negative criticism.

Over the past several years, Swint has shared numerous tips with parents so they can better take care of their natural child’s hair. Swint’s biggest tip for maintaining kids’ natural hair is hydration. Most parents, Swint said, are not putting enough hydration in kids’ hair and it’s OK to use more product than you think in order to adequately moisturize the hair. Another key tip Swint gives to the parents she works with is making sure to shampoo once a week with sulfate and paraben-free shampoo and no co-washing.

“We don’t recommend co-washing,” Swint said. “What happens sometimes is that you get more product buildup and your coating it with conditioner. That’s not good for the hair.”

In terms of product recommendations, Swint said every child is different and doesn’t think that a certain product will help everyone’s hair. But she does recommend using products that are specifically for kids and are sulfate-free, close to natural and organic as you can. If you want to take a step further, Swint says you can even make your own hair products with whole ingredients. But for every hair type, Swint does recommend using oils --- like argan or avocado oil --- to keep the hair shaft and the scalp moisturized. For the final step, Swint said to make sure the hair is covered with a satin scarf or bonnet at night and make sure the hair is in a protective style while sleeping.

“Start that process as early as possible so they’re used to it,” Swint said. “You want to wear a protective style so the hair doesn’t tangle.”

While Swint is just about an expert in all things kids’ natural hair, perhaps one of her biggest rewards with her work is empowering the children that she works with to not only look their best, but feel their best with their natural hair. Recently, Swint had a client who was from a group home and was about to graduate high school, but didn’t have anyone to help do her hair. She came into the salon, not confident, but Swint said when the girl walked out, she saw her transform into a confident, young woman.

“She was literally a different girl when she left. Just to see a smile radiating on her face -- that’s what it was about,” Swint said. “The connections I have with my clients because many times over the past eight years, I’ve been the only African-American person they’ve had an opportunity they’ve gotten to know on a personal level. It’s rewarding to me because I can give them that experience. It benefits both of us.”

Here are ways you can help and get involved in the Styles 4 Kidz mission.