This Blogger's Allergic Reaction Was Caused by Henna 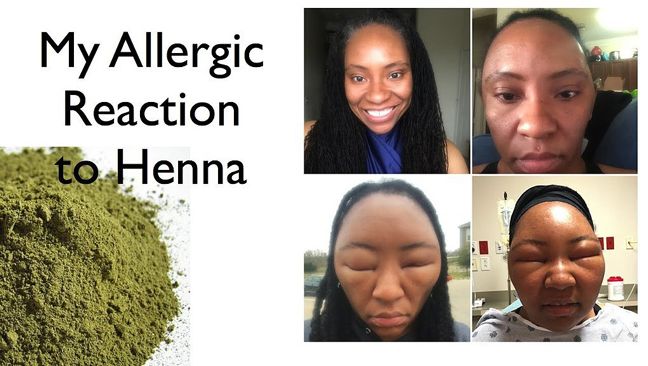 Most naturals have heard about henna, which is known as an alternative and natural way to dye natural hair. Chemese Armstrong, a lifestyle blogger based Texas, chose to try henna because she is allergic to paraphenylenediamine (or PPD), an commercial dye that is found in more than two-thirds of hair dyes on the market.

Read more: Do You Have a Cosmetic Allergy? These are   Common Culprits

After having an allergic reaction to PPD when attempting to get her hair dyed, Chemese didn’t think she would ever try dyeing her hair again until her dermatologist informed her that she should try henna since it is natural and plant-based. Chemese is vegan and thought trying henna would be a safe option, and found a salon in Austin that uses henna, calling it “all-natural, chemical free, and harmless.”

Chemese said she thought her stylist understood she couldn’t use chemicals in her hair, and that the stylist did a 30-minute strand test that produced no reactions. However, the stylist used a different henna to complete Chemese’s entire head. Chemese went home and washed the henna out herself. Later on that day, she realized her scalp was very itchy, and washed her hair with a clarifying shampoo. She knew then that she was having an allergic reaction.

The next morning, her condition worsened. Her right eye became swollen shut and reluctantly, she went to her doctor’s office, who gave her a shot to reverse the swelling. Chemese drove herself home, and by the time she was in the parking lot of her apartment complex, her left eye had swollen shut, too. As the swelling progressively got even worse, Chemese had to be rushed to the emergency room.

Thankfully, the reaction did not affect Chemese’s breathing and the swelling started to go down. In this YouTube video, Chemese says she is 75% recovered from her very traumatic experience and will be more mindful about what she’s consuming and putting into her body.

I personally have never considered getting henna done in a salon and have always done it at home, but I never considered the idea that a salon would use so-called “henna” that clearly wasn’t henna at all since it had been altered. Chemese became a victim to a salon and stylist that she trusted who not only gave her false information, but put her life in jeopardy, and she deserves justice.

In all of your hair ventures, try your best to be safe and do your research. But in cases like these when you’ve done both: #putitinGodshands.

Written by Kanisha Parks and published on CurlyNikki. Kanisha is a Christian writer/author based in Augusta, GA. Other than CurlyNikki.com, she has also written for BlackNaps.org and Devozine, and has authored a book of poetry entitled, "Love Letters from the Master." Kanisha can be contacted for business inquiries at [email protected].