The Truth Behind a Texturizer and What You Should Know 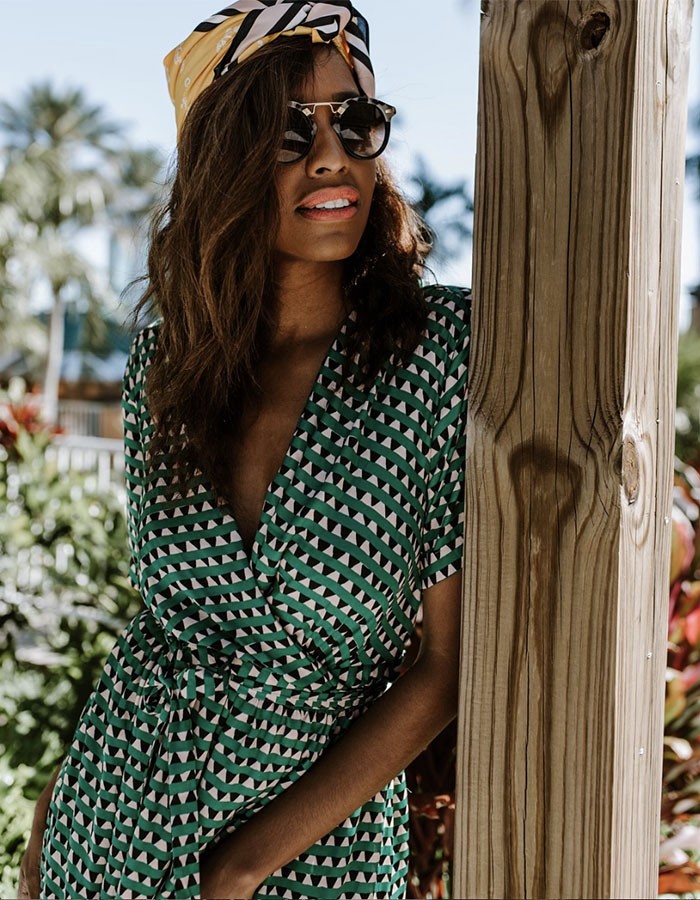 Back when I was in college, my late fiancé did something that was semi-daring at the time. The south side Chicago in him got sick of seeing the Nashville girl in me with relaxed hair. So, he took out his clippers and shaved my tresses off. All of it.

My mother had worn her own hair extra super short, basically since I could remember, and she was always dope, so it didn’t take me long to adjust to the style. Clearly I liked it because, for the most part, I wore it in some variation of a TWA for most of my adult life.

There’s just one thing. I wouldn’t exactly say that what I rocked was natural hair. Although sometimes I wore a fade that was au naturale, most times, I had a mild texturizer in my hair too. And let me tell you, after this journey that I’ve been on with his head of mine for the past couple of years, if there’s one thing that I am sure of, a texturizer is a relaxer. No doubt about it.
Here’s why I say that.

Texturizers are “less potent” chemical relaxers. It’s funny to me that some people want to debate whether or not a texturizer is a milder form of a relaxer. The way to put the conflict to rest is to read the back of the labels of both. Usually, you’re gonna see the same ingredients, although texturizers may have less of certain chemicals than relaxers do. The reason why is because the goal of a relaxers is to completely straighten your natural curly texture while the aim of a texturizer is to loosen the texture up so that your curls are bigger and more manageable. Either way, your hair is not going do that (sans heat) without chemicals. So, the fact that a texturizer is able to alter the structure of your hair, that means that chemicals were used to do it. This also means that however “safe” a relaxer is, that’s about how “safe” a texturizer is as well. (Read CNN’s “Could African-American Beauty Products Pose Health Risks?”)

Texturizers still have the ability to damage your hair. On the heels of all that I just said, something that a lot of us don’t seem to want to hear is the lengths that we take to straighten our hair—heat styling tools and chemicals—on some level, we are damaging our hair to get the results that we desire. That’s because for naturally curly hair to become straight, the strands have to be weakened (we explained this fact in depth here). So, if your goal is to have a head of strong and healthy hair, a texturizer is going to be working against, not for, you.

Texturizers don’t really make transitioning easier. What about if you want to use a texturizer in order to transition from a relaxer to your natural texture? Yeah, I’m not so sure how it’s going to help you to achieve that goal being that, again, it has chemicals in it too. If by “transition”, you mean that you want to spend a little time with a loose curl look before letting all of your natural soul glow, a texturizer might help you to achieve that goal. But if you’re looking for a way to retain length, eventually, just like you’re gonna have to cut out your relaxed hair, you’ll have to get rid of your texturized tresses too. Yeah, texturizers are not exactly the best things for obtaining length retention.

Texturizers work best on shorter hairdos. Like I mentioned earlier, I rocked a texturizer for years and years. And, if I must say so myself, I was C-U-T-E. Still, the styling options of a texturizer limited me because if I wanted to grow my hair out and I applied the texturizer to all of my hair too often, eventually, the ends would become straight which looked C-R-A-Z-Y. Plus, I’m not sure exactly why but texturizers have a tendency to give off a Jheri curl effect once you have more than a couple of inches of hair on your head. So, if you’re looking for it to complement longer locks, my personal opinion is that you’re going to be sorely disappointed.

Texturized hair IS NOT natural hair. Several years back, while I was rocking a pretty impressive Afro (if I do say so myself), I said to my boyfriend at the time, “I love this natural hair of mine.” He paused and then said, “I like your Afro too, but I wouldn’t exactly call your hair ‘natural’.” After I looked at him strange and then asked him to expound, he said, “To me, hair that has any kind of chemicals in it isn’t natural and you dyed yours red.” I mean, he has a point. Although there are natural hair dye options (herbal tea, coffee, henna, etc.), any time chemicals are added, it does prevent our hair from being authentically natural. And that’s right where I’ll end this—if you do decide to get a texturizer in your hair, make no mistakes about it, it’s cute and convenient. But if you try to pass it off as being your “natural hair”, that’s not the actual truth. Your natural hair is what’s growing out of your head before you put any chemicals in it. It’s the hair Mother Nature gave you. Anything that’s chemically altered can still be beautiful…you would just need to use a different adjective to define it. No harm, no foul.

What are some experiences you have had with texturizers or relaxers? Let us know in the comments!