15 of the Best Curly Hair Stylists in the World

Finding an awesome stylist when you have curly hair can be — to put it mildly — a challenge. We've all walked out of the salon with hair shorter than we asked for (it’s called shrinkage, people), an uneven cut, or the dreaded pyramid head. It’s enough to make you swear off haircuts for good. But, you can't avoid the salon forever.

So, we searched around the globe and listened to reviews from members of our community who vouch these stylists and their curl expertise. No matter where you're based — or happen to be jet-setting to — and what your budget and needs are, we've compiled a list of the most reputable and sought-after salon experts in the industry. From New York City to Paris, they're here just for you, curly girl.

For years, Amiel has owned and run one of the first Los Angeles-based curl-friendly salons; today, he is the go-to hair artist for popular YouTube personalities and celebrities who want to begin their healthy natural hair journeys. Just see Tamera Mowry-Housley’s lovely transition back to curls via DevaCut perfection.

With clients like Solange Knowles and Rihanna, Dickey has earned his title of curly connoisseur. In 2009, he cofounded the Hair Rules salon, which caters to textures from loose waves to super-tight coils, and became the first and only multi-textural salon in the U.S. On top of that, he's authored Hair Rules! The Ultimate Hair-Care Guide for Women with Kinky, Curly, or Wavy Hair and launched his own successful line of hair-care products — all of which were created with the same message: to encourage people to embrace their natural beauty.

Neel Morley headed to the U.S. to learn the DevaCurl technique, and then returned to his hometown to open up the very first curly-hair salon in Melbourne after serving clients at Cherry Bomb in Collingwood. Morley has teamed up with Lou of Love Your Curls Australia, and participates in curly-hair education seminars in his area. Read more of Neel's storyhere, and the next time you find yourself down under, don't forget to make an appointment with this curly-hair genius.

Super awesome morning today with @devrivelazquez from @naturallycurly!!! We used @innersenseorganicbeauty for her deep conditioner and her styling. Her hair the Curl Control & Hold Gel! Call me if you want to schedule- 779-490-6485 or find me on Facebook @ Robin Sjoblom Curly Hair Specialist A photo posted by Robin Sjoblom (@robinsjoblom) on Apr 18, 2015 at 5:12pm PDT

Robin's passion for educating people on the uniqueness of textured hair and her dedication to bettering the salon industry have worked together to give her copious amounts of recognition.

Robin hosts curl-education seminars, is a member of the prestigious Curly Hair Artistry, and has been working as an independent curl stylist for over 16 years.

Known for her trademark Carving & Slicing curl-cutting method and the Rake & Shake defining technique, Ouidad has earned her way into the curly hall of fame. In 1984, she opened the first salon in the U.S. catering specifically to curly hair, and has a widely popular line of hair products sold in beauty stores like Ulta and CurlMart. Find a Ouidad-certified salon near you. 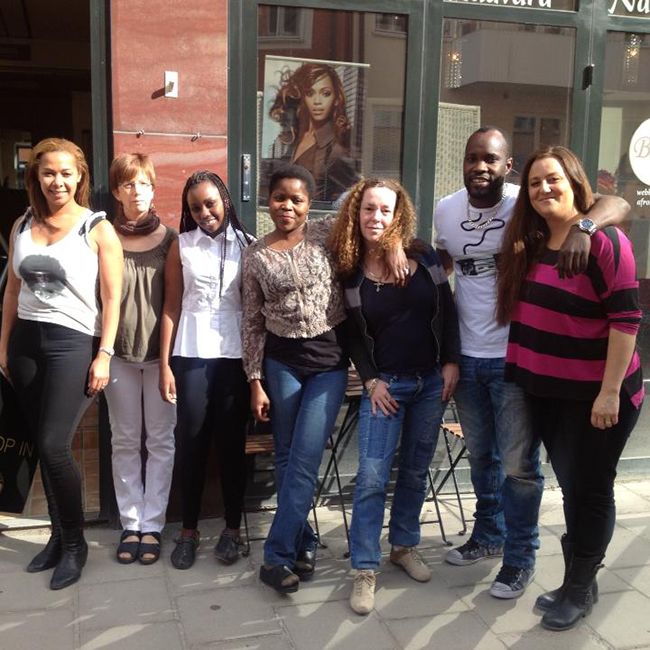 Owner and head stylist of Black Hair Care of Sweden salon in Stockholm, Camilla has been a trailblazer for the natural hair industry in Sweden for 20 years. In 1995, she opened her salon — which carries Curls, Redken, and Mixed Chicks brands — and soon after, started the Swedish Afro Hairdressing Society in an effort to educate and uplift other curl stylists in her country.

With over 20 years of experience as a celebrity stylist in Los Angeles, Maya Smith relocated to Germany after feeling the urge to make a dent in the “neo-natural” hair movement and the noticeable shortage of professional, natural hair-care services. She opened The HoneyComb in 2008, but uprooted her salon and moved back to the U.S., where she now serves natural-haired clients at The Doux salon in Macon. Maya’s The Doux hair-care products can be found at retailers in Germany, Italy, France, and the Netherlands.

The dye in her hair works so well in creating an interesting view. Our popular #puffythread hairstyle put into a #mohawk. You have #shorthair? Not to worry because we can make it happen for you Don't be left out, visit us for your #puffythread style this week! We'll post some more of the style so stay tuned! #naturalhair

This visionary owns the youngest salon on our list: It has been on the type-4 natural hairradar since 2013, and is quickly gaining notice and praise. With her personal blog kickoff in 2009, “President” Omozo marked the start of a movement of pride for the naturals of Nigeria. Using only local ingredients in her homemade products and making a point to also specialize in protective styles, Omozo has made O’Naturals a one-stop shop for healthy manes.

The "East Coast Curly Hair Specialist" is a pioneer in the natural hair movement. With a multitude of creations spanning across the textured hair educational platform — the CURLYS Method, the MagiCurl Application Process (MAP), the Curly Hair Artistry group — Musgrave’s many accomplishments in the salon industry have made him a Renaissance man when it comes to working with waves, curls, and coils. 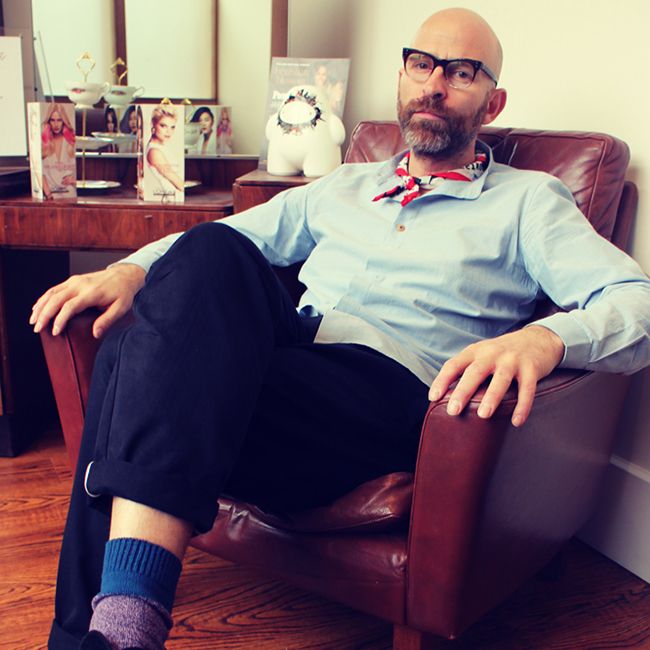 People flock to Parlour in hopes of scheduling an appointment with “Filly Gift” for his precision, expertise in cutting and styling short hair, and soothing head massages. Serving wavy and curly clients in an area where there are over 146 salons and hair "parlours," and still making a name for yourself, is truly a gift in its own right, and Phil possesses his talent with poise. 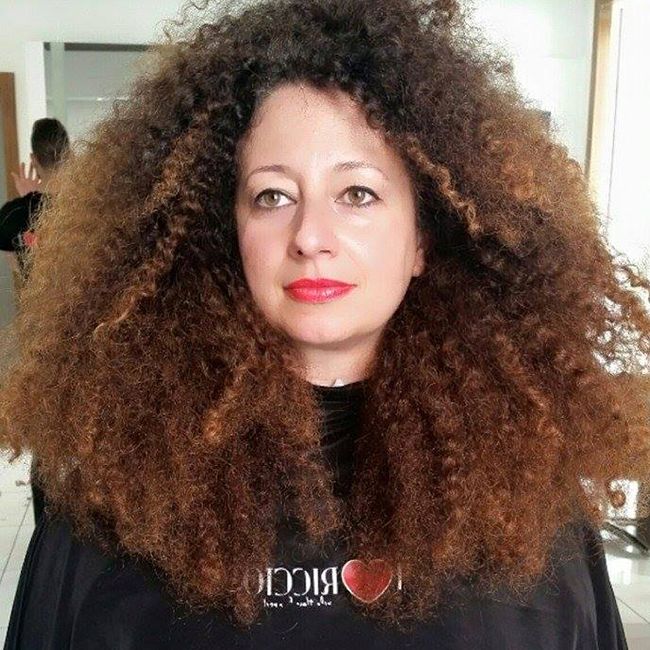 Fulvio Tirrico, creator of the X-Curl cutting method and a lover and student of curly hair, opened the first — and, currently, only — salon in Milan that focuses on textured-hair needs and styles. With an education from London’s Vidal Sassoon Academy under his belt, Tirrico continues to innovate through his partnership with Hairmed, an Italian hair-product line. Related: NaturallyCurly’s Must-Read Interview With Fulvio Tirrico 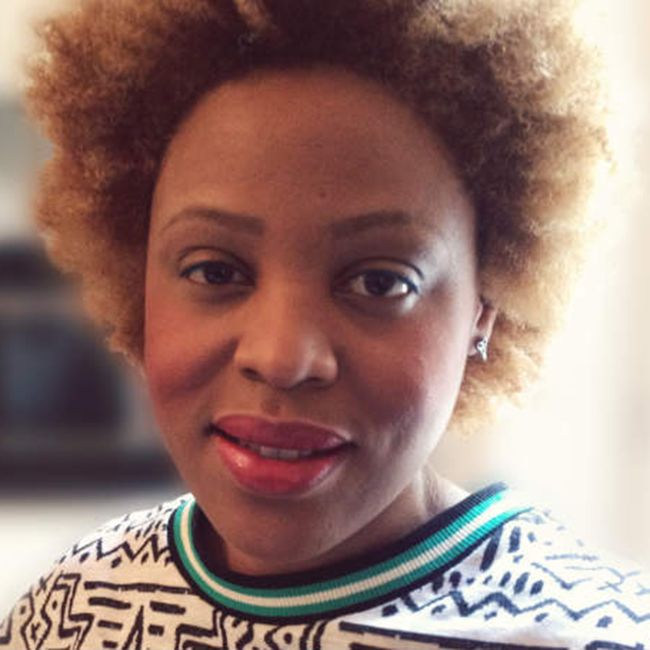 American-born Parisian mother and businesswoman Nicole has every aspect of the professional natural hair salon down to a science. With over 20 years of experience, Pembrook has made a name for herself catering to the local naturalistas and curly-haired women. The third-generation visagiste ("beauty specialist") finds a way to channel her passion for the 1980s in California through her uniquely shaped haircuts.

Since 1958, Janine Goossens has been heavily involved in the hair and beauty spa industry, specializing in bridal and formal looks. Having curly hair herself, she constantly receives rave reviews from the many textured-hair clients she has transformed. In 2010, Janine received the You Brazil Featured Business Award for her efforts to shake up the salon industry. With over 60 salons all over the country, Janine has always believed that exceptional quality is the key to success. 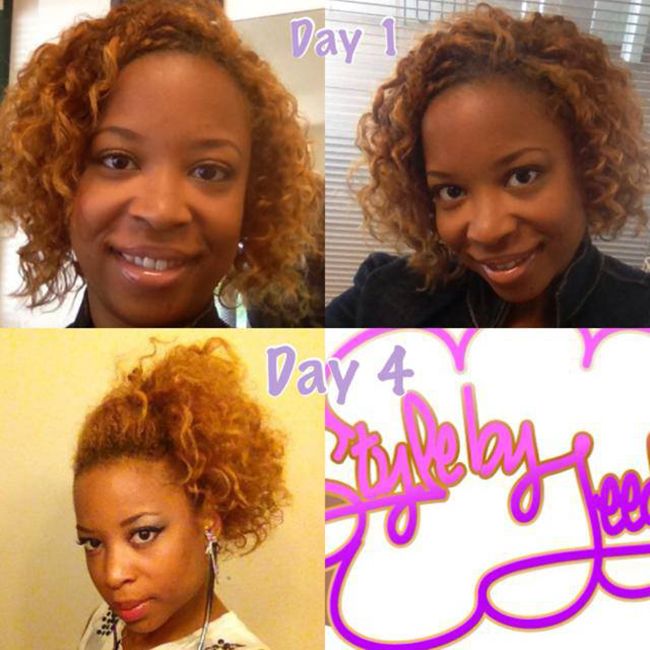 Through a paramedical partnership and an education at the National Trichology Training Institute in Stockbridge, GA, Jeeda ended up in Hawaii where she honed her craft from an all-natural perspective. Ten years later, the licensed cosmetologist has gained a vast clientele with expertise in healthy hair care. Now, she's bridging the gap between hair extensions andnatural hair, retailing for a virgin-hair company that caters to her transitioning curly clients.

No roster of curly stylists would be complete without Lorraine Massey, creator of the #NoPoo movement in the curly-hair community. With three flagship salons in New York and one in Culver City, CA, Devachan is the go-to salon for true curl transformations from none other than the creator of Curly Girl: The Handbook. Massey's line of DevaCurl products shows curly, coily, and wavy clients the true beauty of their natural texture.

If you haven't found a curly hair stylist close to you, you can search our Salons section and read reviews from other curlies.