7 Things You Should Never Say to a Transitioner 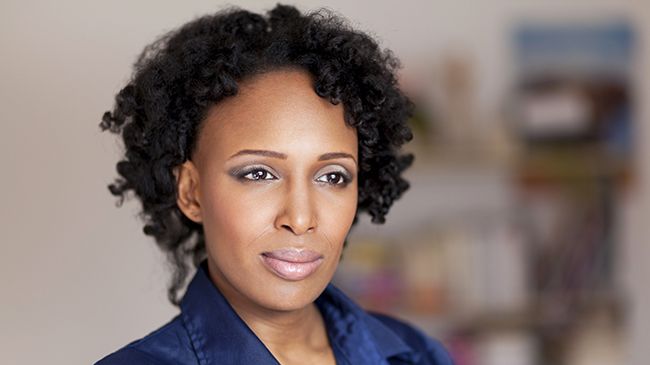 More often than not people do not think before they speak. Most mean well and are not being malicious, but taking a fraction of a second longer to think before speaking may have made them realize what they were about to say was a tad rude. That can go for anything in life really, but with the natural hair movement explosion over the last few years, more women who are deciding to ditch the chemicals of straighteners and perms are getting some rather unflattering remarks thrown their way. Women who are going natural have the choice to big chop or long-term transition to save their length. It is a personal choice, and although women who BC get some serious flack for their choice, the transitioners are right there tacking some ridiculous comments and questions as well.

Family, friends, significant others, co-workers, and even strangers on the street are making some ugly remarks to women who are choosing another path for their own tresses. The saddest part is some of these remarks are coming from the mouths of naturals themselves! For whatever reason they feel they offer sound advice or can police, but it really needs to stop. So, if you have fallen into this category of offering these types of comments below, please take heed that they are never welcome.

“When is it going to start curling?”

There are curls, kinks, and coils along with a huge variation in each group. There are different textures, so what you may see as a lack of curl may either be the relaxed ends or just the way her hair is in its natural state. It takes time for the hair to find its own way so please stop pressuring her to force her hair to do something it is not either ready to do or capable of doing.

“Why don’t you just wear it straight?”

This is a passive aggressive way of saying someone's hair does not look good. Everyone does not want to go that route. Take it as a hint that she is choosing to rock her transitioned tresses just as she has planned and does not need the ridicule. Not everyone wants or likes straight hair and many transitioners have found that using rollers, flexi rods, Curlformers, and the like allow her hair to have a more uniform look.

“Can you get a comb through that stuff/mess?”

Yes, I have heard this before and it cuts like a knife. It is rude, ugly, and uncalled for. Mind your business and keep it moving. Many transitioners use wide tooth combs or finger comb their tresses. Many naturals have put combs away altogether, so do not expect her to use the same tools or techniques she did with relaxed hair.

“Your hair looks like a bird’s nest/Brillo pad/a hot mess!”

Do I really need to explain why this is a highly inappropriate comment to make? No. Please do not try and play it off as a joke because it is hurtful and never funny.

“Aren’t you afraid of not looking professional”?

To say someone’s hair, their natural texture is unprofessional is offensive and buys into the notion of only one standard of beauty.

I had a boss that would say my hair looked really good and more professional when I straightened it and I was so angry by the third time she said it that I ran to the bathroom and rewet my whole head. No one likes this unsolicited opinion obviously stating her present look is not up to par. Just like I mentioned above, transitioners have more choices with curlier styles for the two textures to blend better so keep your opinion to yourself unless otherwise asked.

“When are you going back to a relaxer/creamy crack”?

If a transitioner decides to either keep on track for a short-term or long-term transition or go back to the relaxer, it will be of her own volition. This journey is time-consuming and there are doubts that can creep up as a woman goes natural. She really does not need someone asking is she ready to fail. Now, it is not a fail if you choose to go back to relaxers but asking when they plan on going back implies what they are doing is not working or a waste of time.

Has anyone said these to you? What other things should someone never say to a transitioner?