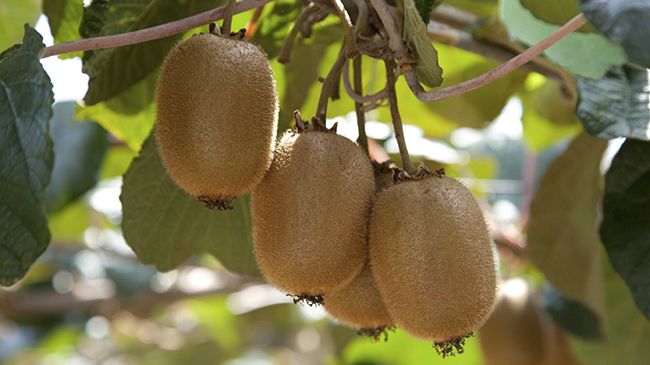 Kiwi is not just for consumption (though we do love it for that). It is also an overlooked wonder for your hair and kiwi seed oil is a light way to moisturize your hair if it is feeling brittle.

What is Kiwi Seed Oil?

Kiwifruit (Actinidia deliciosa) is indigenous to Southeast Asia and has been known to the inhabitants of China and Southeast Asia since ancient times. According to Medical News Today, it was formerly known as the Chinese gooseberry but many mistakenly associate it only with New Zealand because it became popular when they started exporting the fruit around 50 years ago. It bears the name kiwi or kiwifruit rather than Chinese gooseberry in order to avoid the high duties charged on berries and because it shared some of the same characteristics as New Zealand’s national symbol, the kiwi bird which is also small, brown, and fuzzy. This wonder fruit is now cultivated in Chili, Italy, New Zealand, and the United States.

This fruit has a thin, fibrous brown skin that encases the sweet edible green fruit with hundreds of tiny black seeds. Those seeds that are cold pressed into a nourishing and high in essential fatty acids like alpha linoleic acid (ALA) and linoleic acid. Kiwi seed oil is ideally suited for hair and skin because of the high concentration of ALA, which helps to maintain moisture and prevent drying and scaling. ALA is an omega-3 fatty acid that can also be found in flaxseed, canola, soy, and walnut oils. ALA is significant in hair and skin health because people who lack it often have dry, brittle hair and have trouble growing hair according to nutritionist Ann Louise Gittleman.

Paula Martinac, who holds a Master of Science in health and nutrition education, says that  just one cup of sliced green kiwi supplies 167 grams of vitamin C or about 150% to 200% the recommended daily value for an adult. It is a highly nourishing moisturizer and is extraordinarily effective in healing dry, cracked skin, treating eczema, psoriasis, and other skin and scalp conditions. This oil is also great at restoring the health to dry, brittle, lifeless hair because of the richness in vitamins C and E, phytonutrients, minerals, potassium, and magnesium, which all aid in regenerating damaged skin and tissues cells.

There is not much to dislike about this fruity oil, but it is a very light oil. Many people combine it with fatter oils in order to achieve an immediate moisturizing effect that would normally take longer to achieve if used on its own. It also has a short shelf life so adding vitamin E to it will lengthen that time.

Blend all ingredients until smooth. Apply to dry, unclean hair. Allow it to sit for 15 to 30 min. before rinsing and cleansing as usual.

Have you tried kiki seed oil?