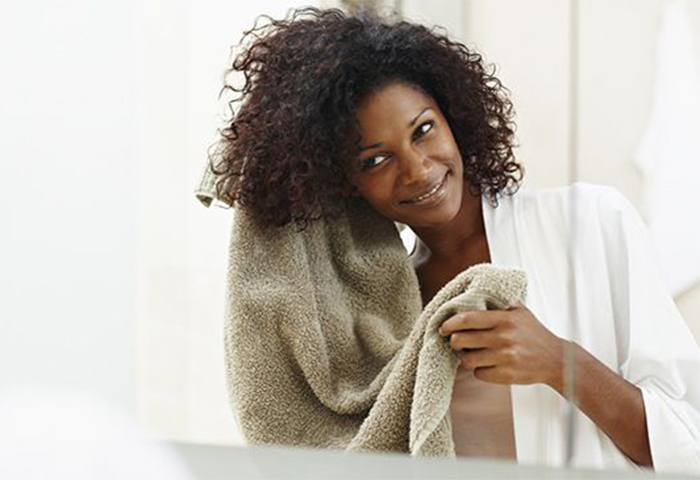 It was not long ago when people were unfamiliar with good alcohols . The perception was that all alcohols are drying to one’s tresses. When the natural hair revolution exploded, we become educated on what our hair actually needed. It is no secret that our hair needs different care than our straight-haired sisters. Becoming educated on the ingredients in hair products are essential in keeping them moisturized, healthy, and strong, plus you save time and money when product trial and error consistently fail. Now before we assume, I will explain the difference between good and bad alcohols.

Are All Alcohols Bad For Hair?

No, they are not and it is good that people are beginning to learn the differences. Doing a little layman’s research is all it takes, but we know you want the 411 on them so we decided to become super sleuths and do the work for you. For curlies, most short-chained alcohols are considered bad, as they have very few carbon atoms in their backbones, which means they are liquids that can act as solvents and they can dissolve the natural protective oils in your skin and hair.

I call them so-called bad because they can have limited benefits for curlies. Short-chain alcohols are often used in some hair products for their drying effect. They evaporate quickly which may be helpful in some regard, but that drying can whisk away the moisture that your hair needs. It appears that they are more ideal for looser textures like wavy hair and maybe used sparingly for tighter textures. They are also used in styling products to ensure proper spreading of the products onto the hair.

All of these alcohols have similar functions. In shampoos and conditioners these alcohols primarily help to mix oil and water and sometimes are antiseptic. These small-chain alcohols are small enough to penetrate the hair shaft and are often the culprit for frizz. Isopropyl alcohol is used to absorb other substances into the hair follicles and is a common ingredient in hair color rinses and the absorption of dyes. Believe it or not but this is a home remedy in the removal of head lice and some loc wearers use it for that too.

Have you heard of fatty alcohols? Sure you have if you have visited a curly hair care site within the past two years! Fatty alcohols or long-chain alcohols that are derived from the fat (usually from coconut oil or palm oil) and they do not act like ethanol or isopropanol.

They have 12 more carbons per molecule and this higher count of carbon tends to make them oilier, which is why they are called fatty.

Read more: All About Alcohols

These are definitely beneficial to curly hair as they do the following:

They are emulsifiers that aid mixing water and oil in conditioners and they do help in spreading conditioner more easily over the hair.

They are too large to penetrate the hair shaft and although they are surfactants, they do not properly cleanse the hair. They tend to be found more in the top five ingredients of daily conditioners and deep conditioners and act as an oily moisturizer that will give your hair a smoother, softer feel by helping the hair cuticle lie flat.

Short-chain alcohols are small enough to penetrate the hair shaft but tend to be drying for textured hair. They are used in some shampoos and conditioners for spreadability of the product and because they can allow other substances to be absorbed into the hair follicles, they are common ingredients in color rinses and hair dyes. Fatty alcohols or long-chain alcohols are derived from natural resources like coconut oil and are too big to penetrate the hair shaft. Their larger carbon makeup causes them to be oily so they are mostly used for emollients in hair conditioner and deep conditioners. They aid in detangling by giving a product more slip and help the water and oil to mix and not separate in some products. They both serve a purpose and even the bad ones just need to not be used for specific styles and sparingly. Seeing the full picture should allow you to make better hair ingredient choices and keep your tresses moisturized and healthy.