The Truth About Sulfates, According to Science 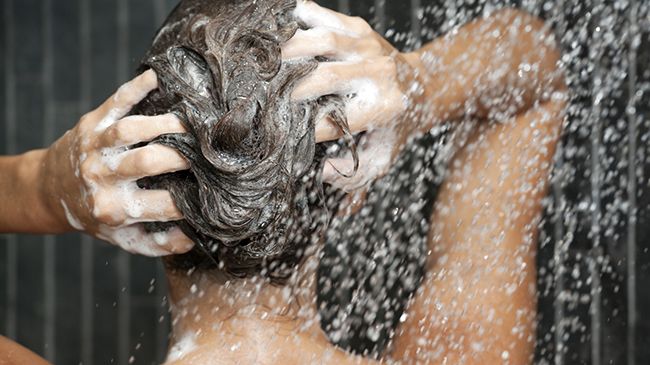 As a cosmetic chemist, it is often hard to hear blanket generalizations about ingredients that are often labeled as no-no ingredients. The rationale behind avoiding certain key ingredient words is a bit complicated and not as simple as "good" or "bad." Actually, it is a lot more complicated. The miseducation of the naturalista has led to the ultimate fear of certain ingredients for what sometimes seem to be pretty irrational reasons from a scientific perspective. There is truth to a lot of what you hear, but a number of these generalizations are not 100% true; rather, some of these ingredients can do some good when intelligently formulated and used in moderation.

Here is a good example: sulfates. They are like the ugly stepchild of the natural hair community. Sometimes, I do feel bad for them because they have all been stereotyped and labeled as dangerous, drying, and cancer causing. I realize that there are studies that prove a number of these things to be true; however, this is the equivalent of making the statement “All Republicans are rich.” It is essentially a stereotype that may hold true for some ingredients that have been designated as a sulfate, but it is not all-inclusive.

Sodium lauryl sulfate (SLS) and sodium laureth sulfate (SLES) are known to be some of the harshest surfactants due to their potential to be drying to the skin and hair. However, the word sulfate is just a chemical designation for the chemical structure SO42-. This structure by itself is not what makes sulfates scary; it is the chemical process called sulfation that treats an alcohol with sulfur trioxide gas, leaving the newly formed alcohol sulfuric acid not stable due to sulfate’s negative charge, potentially leaving behind traces of dioxane  (an odorless ether liquid that can be irritating to the eyes and respiratory system).

A number of products claim that they contain “oil derived” surfactants. Although this may be true, it ultimately does not matter whether the source of the alcohol is from a natural source or not, it is the sulfation process that makes the surfactant potentially harmful. SLES undergoes the same sulfation process, but the only difference is that it is first ethoxylated to reduce the irritancy factor of the sulfation process; however, it too can still leave behind traces of dioxane.

It ultimately does not matter whether the source of the alcohol is from a natural source or not, it is the sulfation process that makes the surfactant potentially harmful.

Surfactants are amazing compounds that we could not live without. We use them in hand soap, laundry detergent, and shampoos, but what you often do not hear about are the other types of surfactants that are in other products like conditioners and styling creams. These types of surfactants are made through different chemical reactions that are not as unstable as the process behind SLS and SLES. There are four categories of surfactants and a surfactant’s designation is determined by the type of charge on the polar end of the molecule:

Nonionic surfactants have no charge on the molecule. These types of surfactants are not ideal for cleansing, but are used primarily to modify the level of foam and aid in solubility. Cocamide MEA and coco glucoside are examples of this type of surfactant.

Amphoteric (or zwitterionic) surfactants are the mildest of the surfactant categories. They have positively and negatively charge groups that help to reduce the irritancy of other surfactants in a formulation. The most common surfactants that fall under this category are called betaines, and are often used in baby or no-tear shampoos.

Cationic surfactants on the other hand are positively charged and have the ability to bind to the negatively charged outer layer of the hair. These surfactants are most commonly used in conditioners and serve as great detangling and softening agents. Some of the more common cationic surfactants are monofunctional cationic compounds such as cetrimonium chloride or quaternary ammonium compounds such as dicetyldimonium chloride and behentrimoium methosulfate (BTMS).

Behentrimonium methosulfate is an example of an quaternary ammonium ingredient that contains the sulfate compound (SO42-), but due to it being a cationic surfactant, the chemical process to produce this ingredient is less irritating and creates a more neutral/stable compound. As a matter of fact, this particular ingredient has the ability to impart some great conditioning properties to the hair by increasing slip and aiding in closing the cuticle, due to its cationic nature. This is just one example of a no-no ingredient that has some beneficial attributes, when used in the right context.

You have to admit, it makes you wonder what other ingredients have you generalized and judged prematurely without having all the facts.