Tropical Storms: You Need to Know These Island Women

There’s more to islands than coconuts, you know...

A lot of our favorite hair and skin care ingredients come from islands—   red palm oil , coconut oil,  hibiscus flower —the list goes on. But these smaller nations also have rich histories behind them that we tend to ignore in favor of assessing either recent tragedies or vacation plans. Jeff Porath of Rejected Princesses is helping us fix the gaps in popular knowledge of female figures everywhere, and his selections on ladies in the tropics go harder than a monsoon.

You’ve heard of ‘turning over a new leaf’, but former spoiled royal Te Puea flipped the script on the whole forest. Going from a carousing teen to a ruler that lobbied for her people’s protection in both World Wars, set up homes for influenza orphaned children, brought the Maori further into economic independence under New Zealand’s colonization, and more is about as big a 180 as anyone can do. And she did. Just don’t call her a princess. 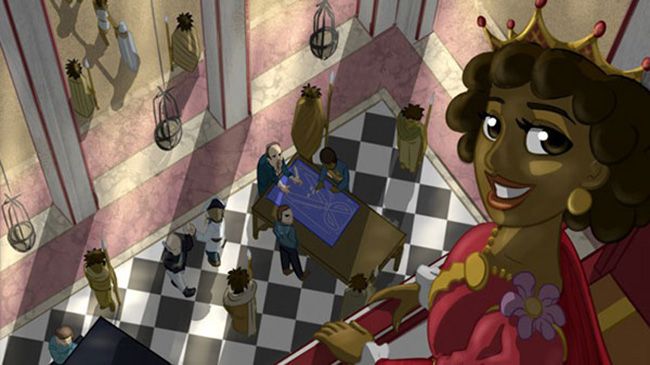 In honor of historical ladies rewriting the rules, let’s play two lies and a truth!

Question 1- Ranavalona ruled Madagascar with an iron fist, and ingeniously dispatched her enemies with:

Well, due to European missionaries (and the imperialist crowns that backed their excursions) having a somewhat vested interest in painting the staunchly traditionalist queen as a tyrannical idolater, we may never actually be able to pick apart the real facts from the racially motivated embellishments. What we do know is that Ranavalona was a serious lady that shrugged off multiple coups, successfully kept invading British and French forces from colonizing the island, oversaw her nation’s industrial revolution, and...reinstituted slavery? Eesh. Can’t make an omelet without breaking a few human rights laws, I guess. Although given her achievements in keeping European powers at bay, those might not even be on the menu.

Kumander Liwayway, 1919-2014 - A commander that brought compacts to combat 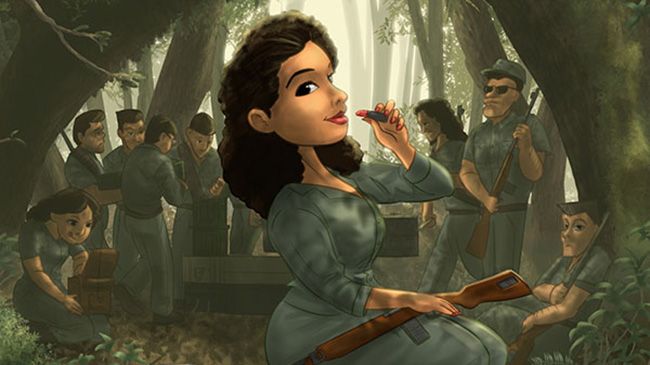 Classic story:  small-town girl grows up in a good home, works hard, racks up loads of beauty pageant wins, sees her freedom-fighter father’s body horrifically exhibited in the middle of town by the invading Japanese, swears vengeance, and moves through the military ranks to become a key figure in the Filipino resistance.

Born Remedios Gomez-Paraiso, Kumander changed her name, joined the Philipines’ guerilla forces, and went from a nurse/supply runner to a gun-toting head of a squadron that turned the tides of battle, survived two rounds as a POW, and never went onto the field without makeup and a manicure!

Although it’s easy to ask why she prioritized her looks on the battlefield, it’s even easier to admire how she refused to let the war affect how she chose to express herself. Gotta love how she... stuck to her guns.

Source: Madhouse Records
First off, let me get excited right quick because this one’s about my people!

With the formalities out of the way, Nanny wasn’t this queen’s real name or profession. She led the Windward Maroons—a community of escaped and freed former slaves that would circle back to liberate supplies and their brethren from British slavers on the east side of Jamaica.

For nearly twenty years, Nanny successfully organized her people using long-distance signaling, forest cover, and tactical city planning to smash platoon after platoon of the colonizing forces. Like Ranavalona I, her reputation is also colored by the passage of time and imperialist racism,  but also from the awe of her fellow Maroons.

Stories of her feats include growing pumpkins for her starving companions in a single night, boiling noxious herbs without fire to confound her enemies, and catching and re-firing adversary ammunition with her “batty jaw”, as my cousins would say. Black Girl Magic isn’t quite that literal, so those stories probably aren’t true, but Granny Nanny’s not on the Jamaican $500 bill for nothing. Just putting it out there.

So how do I find out more about amazing women that history couldn't quite erase?

Great question! Mr. Porath not only runs several social media accounts detailing these ladies of lore, he's also got a pretty great book out including looks at legends like Nanny, Te Puea, and more that aren't detailed in full on the Rejected Princesses website.

For more from us, you can always sign up for our newsletter!

Meanwhile, did any of these seaside sovereigns leave an impression on you?

Let us know who you've got the most love for in the comments!