Why I Relate to the Girls of Pretoria High School

In 2016, a number of students at Pretoria High school in South Africa protested against their school’s administration, because they were told that it was not acceptable to wear their hair in its natural state.

These young girls standing their ground towards a senior organization impressed me more than these students can imagine. 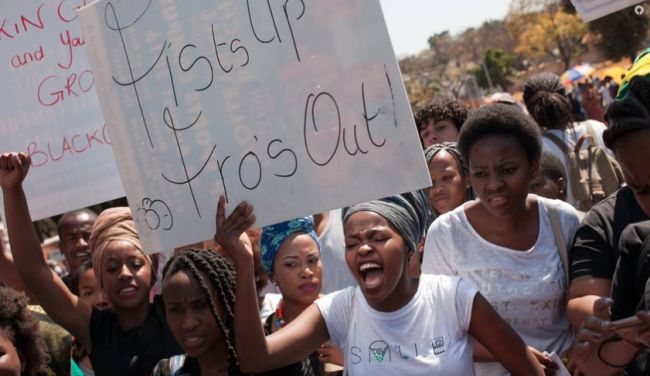 Nothing hurts worse than the feeling you get when hearing that a natural feature of yours is not beautiful and that it needs to be "corrected."  At the age of six years old, I received my first relaxer and this would continue to be done every 3 months or so. I remember the burn I felt and hating the times that I had to sit beneath the heat of a dryer, instead of playing outside with my friends.

Even though, my hair was “special” and “precious,” I wished I had straight hair like my peers. Sometimes I would even envy my classmates, because at least their hair was naturally straight, unlike mine. In my perception my hair was solely beautiful due to the extra efforts taken and my classmates did not have to go through the same struggles as me.

At some point a few classmates questioned whether my hair was naturally straight also.

“Well, then you are lucky, because black hair is not beautiful” one of them responded. And there it was, the feeling of shame you have when your natural features is considered a negative trait.

Telling anyone that a natural feature of theirs is not beautiful is often very damaging. It affects not only their emotional state, but also their self confidence.

Especially during times like these – in which (social) media portrays beauty ideals that do not reflect reality and diversity – schools should teach children to be positive, confident and realistic. Schools should be an example as well as safe-place to students. A school can be a safe-place by transmitting a feeling of acceptance to youngsters. This can be achieved by giving workshops about self-love, (body) positivity etcetera. However, the attitude of the workers should also convey a feeling of acceptance and this starts with the education of staff members. The behavior of the Pretoria High School faculty is an act of ignorance. The students standing their ground does not only contribute to educating the staff of the school, but they are a strong example for many others who are struggling to accept their natural crown. Knowing how tough this is, I am very grateful and proud of these students.