Is Sodium Lauryl Sulfoacetate a Sulfate? 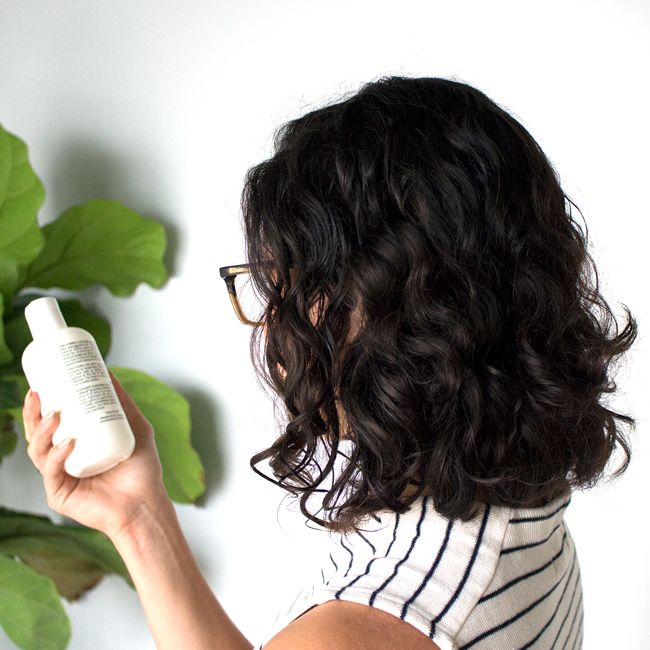 For many curly girls, the start of the naturally curly journey begins with paying more attention to the ingredients in the hair products we use. I generally try to avoid products with sulfates, parabens, and silicones after reading Curly Girl: The NEW Handbook. There's a common short-hand for recognizing sulfates and silicones - look for ingredients ending with "-fate" and "-cone" - but what about Sodium Lauryl Sulfoacetate, is it a sulfate? You may have seen this on the ingredients list of your cleansers. Here's what you need to know about Sodium Lauryl Sulfoacetate.

Is Sodium Lauryl Sulfoacetate a Sulfate?

What Is Sodium Lauryl Sulfoacetate?

Both Sodium Lauryl Sulfoacetate and Sodium Lauryl Sulfate are surfactants that can create bubbles and lather in cleansers, but that is pretty much where the similarity ends. SLS is a cheaper ingredient made in a lab while SLSA is naturally derived from coconut and palm oils, according to Syd Salmon of SLI Beauty. Like Disodium Laureth Sulfosuccinate, the SLSA molecule is too large to penetrate the skin, thus causing less irritation than sulfates like SLS.

Is Sodium Lauryl Sulfoacetate bad for your hair?

We reached out to Janell Stephens, founder of Camille Rose Naturals, to see what she thought of SLSA. She doesn’t believe that SLSA is harmful to hair, saying, “It’s not proven to be bad for the hair. It’s in fact very mild and removes oils and bacteria and it has good cleansing properties.” While it is not as natural of an ingredient as she would like for her own brand, she does not say readers should avoid it. She states that, “It would come down to a matter of choice, if you are a true label reader, and if you want to use all natural ingredients versus semi-natural ingredients.” Stephens considers SLSA to be “semi-natural” but cautions readers saying it could be “a tad bit drying on coarser textures.”

If you’re interested in trying out products with SLSA, we have a few suggestions. Bumble and bumble Bb. Curl Sulfate Free Shampoo is a Naturally Curly Editor’s Choice Winner and can be a great option for removing build up. Eden BodyWorks Coconut Shea All Natural Moisture Shampoo is an economically priced option that can also be used to remove build up. Finally, Drybar Sake Bomb Nourishing Shampoo doesn’t lather as much as the previous two options and contains keratin to strengthen hair.

If you’re looking to avoid SLSA, a good place to start is Jessicurl Hair Cleansing Cream, a Naturally Curly Editor’s Choice 2016 Winner. This product has a light lather and is meant to be a gentle cleanser. Another sulfate free and SLSA-free cleanser is NYC Curls The Curl Cleanser. This Naturally Curly Editor’s Choice 2016 award winner does not lather and is infused with mint oil, aloe, and vitamin E. Camille Rose Naturals Clean Rinse Shampoo is another alternative that doesn’t contain SLSA or sulfates. Janell Stephens mentioned that for this shampoo she chose to “use Decyl Glucoside because it is a clarifying shampoo. This is extremely mild and more natural than Sodium Lauryl Sulfoacetate and it won't make the hair feel dry when rinsed out.”

What are some ingredients that you aim to avoid? Let us know in the comments!

This article has been updated for clarity.