There's a Short Film Dedicated to 'The Big Chop' Experience

Fourteen minutes is all it took to evoke emotion from a situation many curlies have often found themselves in after doing the big chop. 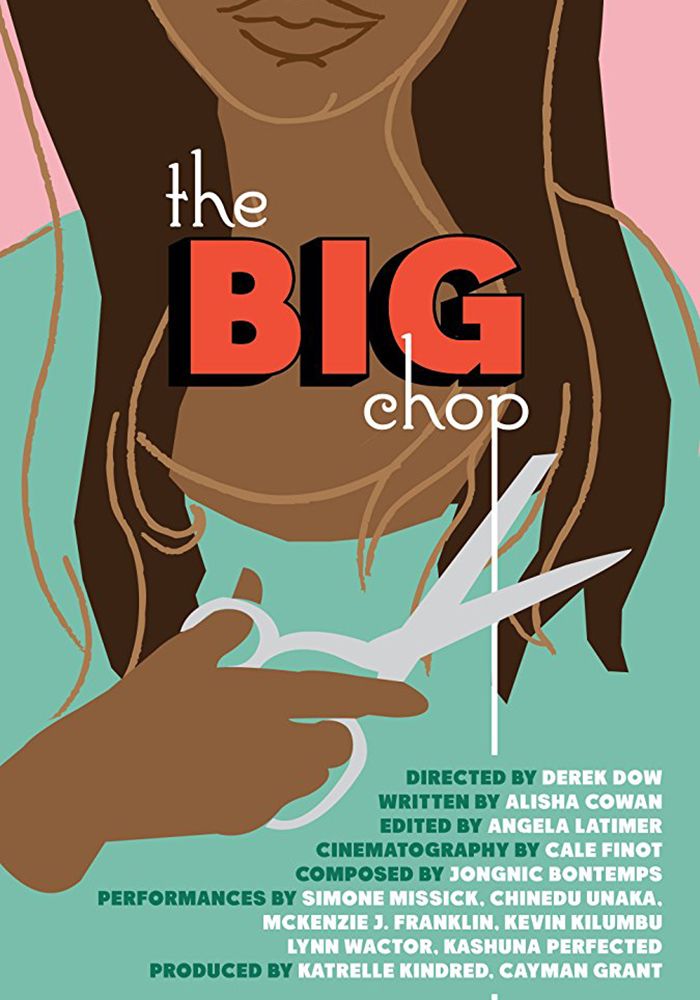 A 2016 short film written by Alisha Cowan and directed by Derek D. Dow, The Big Chop follows the journey of a 10-year-old girl who once has a great love for her afro then gets a relaxer when negative comments by her mother and constant teasing by her peers gets the best of her.

Soon after entering their film into the American Black Film Festival, Alisha and Derek were chosen to have their work shown on HBO. The two chatted with NaturallyCurly on the concept behind the film and their spotlight on HBO. 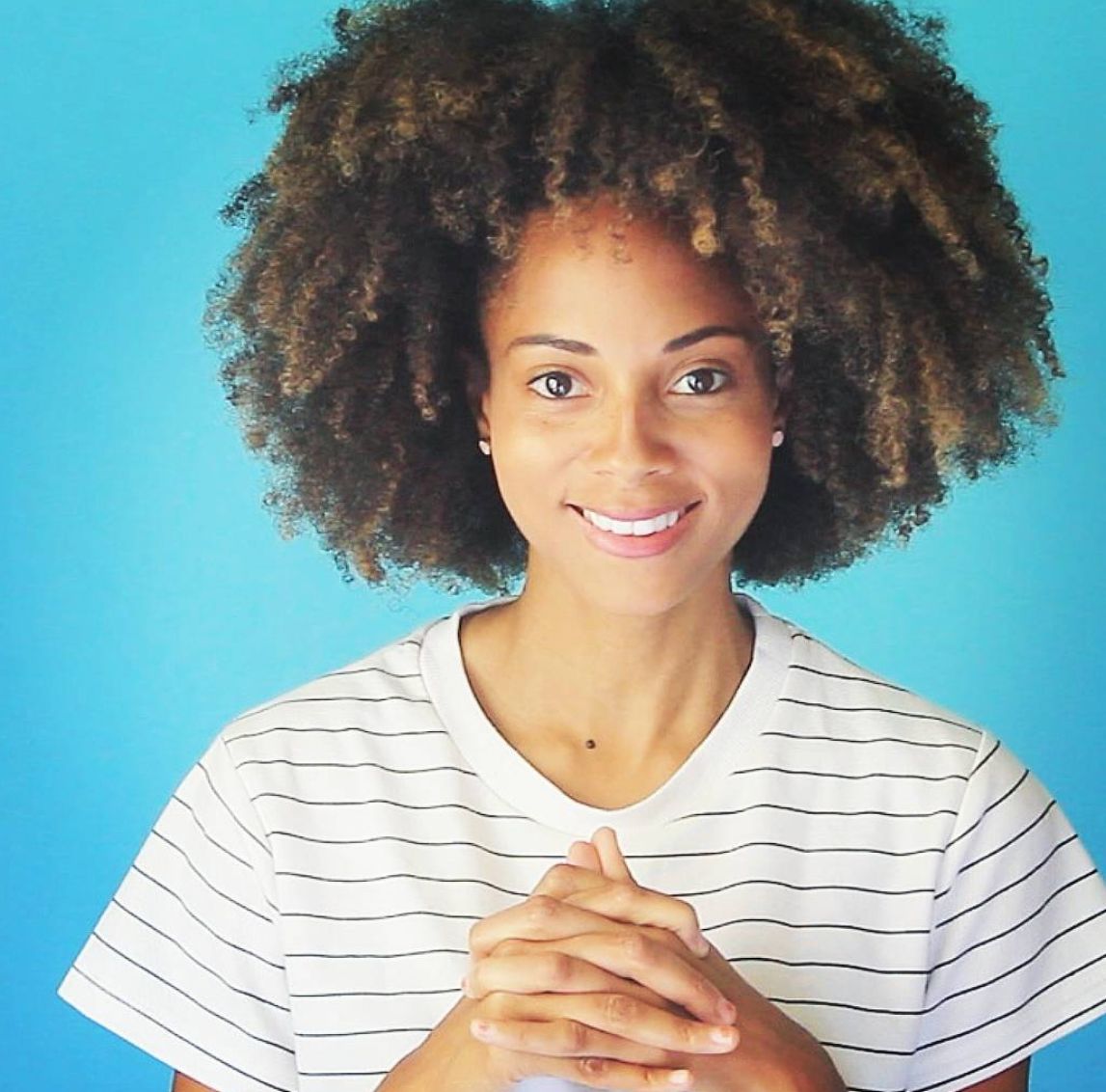 NaturallyCurly: Where did this idea for the Big chop come from?

I had been toying around with the idea for at least maybe two years. I'd been wanting to write [The Big Chop], but I had never really dabbled into short film. My path was TV writing for comedies, but Derek... moved out here [to Chicago] and I said, "You're a director, and I'm a writer," so thought we should do something together.

"It's 100 percent based off my story, but I also think it's based off of a lot of women's stories."

In particular, I transitioned for a year and thought I was ready to cut it off, and I did it on a whelm one night. It wasn't midnight, but it was late. I was standing in the mirror and I just cut it off. What resulted after was not what I expected at all. I didn't have as much hair as I thought and I all of a sudden became clueless on how to take care of it. When I cut it off, it was a whole new life.

"I didn't get a perm until I was about 13, and it was because I wanted it. I've always equated my hair with pain because my mom didn't know what she was doing with it."

I wanted to show the transition of having the fro when you're a child and some situations you might be put in, and then wanting to go back to that when you're an adult.

NC: You talked about the film showcasing a girl's journey to adulthood, but what role do you think children play in the natural hair movement?

I think it's changing for me. I turned 30 in May, but when I was growing up, Just For Me was all I saw. To go from that... and for little girls to know it's OK to embrace their hair, is a totally different world for the better. I think parents are more educated now, as well.

NC: Since doing the big chop comes with a range of emotions, what was the process like of directing a story such as this one?

The source material was so good. I personally could relate to it because my story was more in reverse order. I grew up as a black boy who was told his hair was nappy and ugly, so my mom would keep me bald because she didn't know what to do with it. On the other side, boys deal with, "did you brush your hair?" Now, I have fairly long locs, so for me it was finding the truth in each scene and what it feels like. When a scene took place, it was like I was living in that scene.

With the children (actors), it was more of helping them with the pace. I wanted to make sure they didn't say lines how their parents told them to say them, but how I needed them to say them.

NC: How long did it take you to develop the concept from start to finish?

Alisha: The idea came about and then we were like, 'we don't have any money,' so we came up with the idea to crowdfund. That was a process within its self - I'd never done it. We gave people about a month to give us money for the project.

Derek: We shot it, and shooting it only took three days. We missed the first deadline for the American Black Film Fest, and then life happened. We needed $13,000 to do the film, but we only raised $5,000. I started changing some of my shots, scenes and we shrunk the camera package. We spent the $5,000 on production, and we still needed money for post production, which took another month the complete between the edits and the sound design. We literally turned it in to ABFF an hour before it was due.

You mentioned how you had difficulty meeting your crowdfunding goal. What type of challenges did you face for this film, considering we're living in a time where curly hair is so popular?

Derek: It did make me think like, 'we only got $5,000.' I even personally contacted natural hair people and got cold shoulders left and right. I don't know if it was because I was a guy or what, but that made us want to make the film even more. It wasn't about their support, it was about getting the message out and making people feel like what they do through matters.

So you submitted to the ABFF - what was the result?

Alisha: Their short film competition is sponsored by HBO and they chose five films out of thousands. They fly out the winners to Miami, screen the films for an audience and then they vote on a winner. There was a cash prize but if filmmakers agree to, they can allow HBO to license it. No one really declines that, so we were on HBO. It was pretty cool -- it was one of my ultimate goals when I was writing it, so I was super excited when we got in.

Both of you mentioned your curls -- what's your hair routine like?

Alisha: I don't really think about it. You know at first you're obsessed with everything -- and I'm still obsessed with natural hair in general -- but as far as my hair, I don't care anymore. I wash it once a week and I usually do a wash and go. I use DevaCurl and then I go about my week.

Derek: I've had my locs for a little over 10 years and they're pretty easy to maintain. When I do wash them, I do an apple cider vinegar rinse and then use light to no oil. I had been told my hair was so ugly growing up, but now people can't wait to tell me how nice it is.

You can watch the Big Chop here and learn more about Alisha Cowan and Derek D. Dow on Instagram.