From High School to College: Transitioning the Way You Think 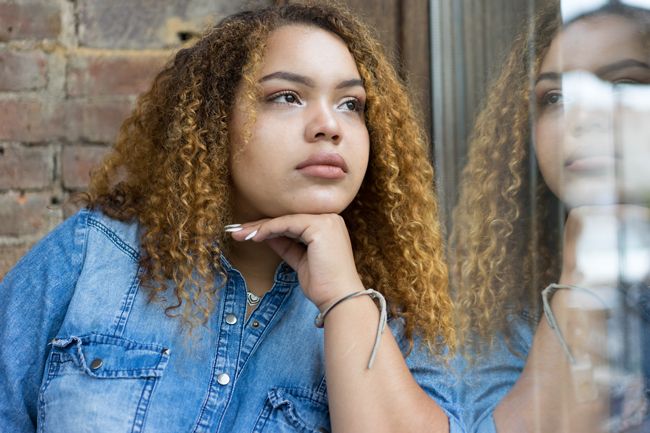 Have you ever looked at the throwbacks of yourself that Facebook Memories shows you and thought, “Oh my gosh, I was weird,” or “what the hell was I thinking?” Well, that tends to be me…a lot. Trust that the “glo up” has been very real.

Being a teenager is an awkward stage in life, and I undoubtedly was knee deep in that stage. I was clueless about everything. My anatomy was morphing into an “adult” body, but not really at the same time. I had a crush on someone new every month. I had my own circle of friends but was still an affable person in general. I cared way too much about what others thought of me. I never wanted anyone to dislike me (even though it happened regardless). All of these traits are specific to the idiosyncrasy of teenage-hood, however, I believe that I would have been able to navigate through this period of life had a safe space been available to me at that time.

Three lessons that shaped me

The universe did not spare me; my naiveté was corrupted a month and a half into my freshman year in college, and I learned three important lessons that molded me into the woman I am today.

1. I stopped caring what others thought of me.

I grew up in a traditional religious latin household, which meant that reputation was everything. If anybody saw me doing anything as trivial as talking to a boy, that piece of information would automatically find its way to my parents (plus the universe), thus getting me in trouble because the daughter of God-fearing parents should in no way be fraternizing with the opposite sex. Unless of course she was a million years old and ready to get married.

This mindset stifled my upbringing and carried over to my college years, until I had enough. Extreme life situations had to slap me in the face in order to wake up and realize that I do not live my life for anybody. I am the only one who has the autonomy, agency, and authority over my life—the autonomy over my body, the agency over my actions, and the authority over my decisions.

2. I ceased pleasing everybody.

I hated having anybody mad at me. The mere thought of getting anyone upset was so nerve-racking that it did not allow me to speak my mind or express my emotions, even if I was the one getting hurt. I was always the “good and obedient” daughter or student, mainly because I did not want to get in trouble, not because I believed in what I was being taught. I did not want to cause any stress or anger on my parents, therefore I did everything that was asked of me.

I eventually stepped out of that box in which I was involuntarily placed in, and learned to say no. I was not put on this earth to be constrained to a fixed path. Following your heart and being a good daughter are not mutually exclusive. I am allowed to venture out and unlearn the socializations that do not sit well with my soul, nevertheless, that doesn’t mean I’m not a good daughter. It simply means I am my own and that I have a voice.

3. I said “screw you society standards.”

Once I became aware of everything that was previously stated, I realized that I was different. I was not the type of woman who cared about fitting in or following the rules. Girls learn from a young age that masculinity comes with freedom, and femininity comes with restrictions, and that was an ideal that was not going to get lived out by me. My clothing does not have to abide by any guidelines. I dress to feel like a goddess when I see my reflection in a mirror. My virginity does not equate to my worth or affirm my entire life’s work. Night is not a woman’s enemy. It was created equally as daylight and it will be taken in and revered as such. My body is not immoral. I should not have to live my life under the fear of men acting like animals, instead they should know to not consume a girl’s body as piece of meat.

As I traveled through this journey of transition, I became my true self because I learned that authenticity begins when one lets go of the fear of how others perceive you. If I would’ve known all of this at 15, one hundred and one desolate nights would be nonexistent.

Now I always keep in mind: “If any female feels she need anything beyond herself to legitimate and validate her existence, she is already giving away her power to be self-defining, her agency.” - bell hooks.

What lessons shaped you in your teenage years? Share yours in the comments!

These are the 7 Latina icons that paved the way for feminists like me.

Ever been bullied for your hair? Here are the curly girl clapbacks you can use when being bullied.

Self love takes work. This is how affirmations helped me love myself.