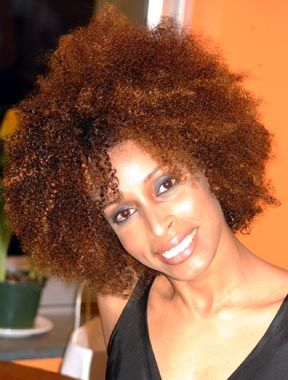 Raquel Gates was shopping for hair products at her local drugstore when she came across the new Garnier Fructis Style Hard Curl Gel.

She was looking over different curly style suggestions on the label when she saw the phrase 'No Fro Curls' -- a description that shocked and angered her. She was so upset that she sent a letter to the company to voice her opinion.

In recent years, acceptance of natural texture has grown exponentially. But despite the huge strides that have been made, there is a still a perception that there is one ideal of curl beauty—long, defined curls. One CurlTalk member called them 'Stepford Curls.'

Not everyone wants or should have the same curly look, said 'Textured Tresses' author Diane Da Costa. The afro is a stylish and desirable style for many men, women and children.

The style became popular in the 1960s and 1970s in connection with the growth of the Black Pride and Black Power movements. The style was a rebellion of the use of hair straighteners used to mimic the straightness of Caucasian hair. An afro became the epitome of 'Black is Beautiful!', a popular slogan of the time.

In the 1970s, afros made their way into mainstream culture, becoming a major fashion trend embraced by people of all ethnicities and backgrounds

Today, bushy afros are gracing the runways of Paris and Milan and have become popular in the entertainment industry. Today's 'fros come in all shapes and sizes, sometimes incorporating braids, twists and beads.

Wikepedia defines it as a 'hairstyle in which the hair extends out from the head like a halo or cloud. Some people wear their afros long, to several times the diameter of the head.'

Da Costa defines it as 'a large mass of kinky, tightly coiled hair.' She said afros can be very curly or tightly coily. But what makes a 'fro a 'fro, she said, is its size.

When Lisa Goddard (aka CurlTalker Webjockey) wanted an afro, she went to a black barber who picked out her hair and used his barber shears to give it a nice, feminine shape. Then his advice was to 'use as little product as possible.'

You can get it curlier or straighter by manipulating it with products or a blowdryer, Da Costa said. Individual curls can be defined to create a mixture of textures.

An afro must be kept moisturized. Da Costa recommends using oils and moisturizing conditioners. Moisturizing pomades and light essential oils can be used to moisturize it daily.

She suggests using a light, leave-in conditioner Stay away from heavy creams, butters and oils.

Thanks to the efforts of Da Costa, Gates and many others, the afro will be around for a long time. After getting Gates' letter, Garnier officials immediately responded with an apology and assurances that the company had taken steps to change the insenstive copy on the gel. They also assured her that no offense was meant. 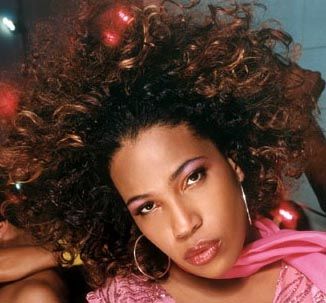 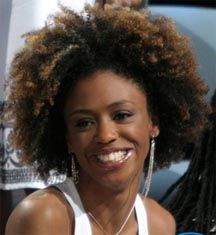