Want to Know How to Care for Dreadlocks? Ask This Guy... 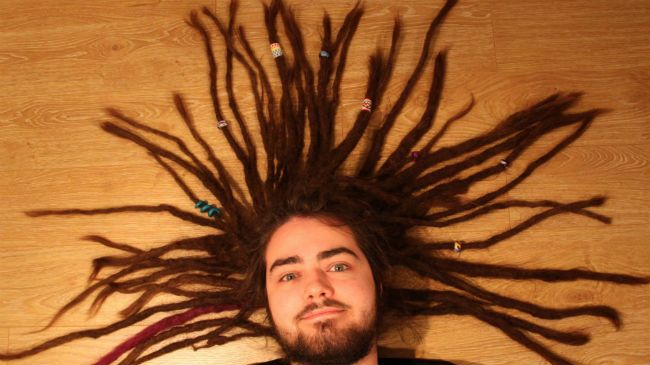 I'm a 22 year old Physics undergrad and YouTuber from Sheffield, England.  I started my dreadlocks just before my 15th birthday, I turned 22 in June and so my dreadlocks passed the 7 year mark then too.

I don't think I've ever considered the "hair scene" before! I would say it's quite diverse here-- Sheffield has two universities and so we have large and multinational student population, dreadlocks are not at all uncommon here... although I would not go so far as to say that they're considered normal - I still get my fair share or awkward stares, but on the whole I feel quite comfortable here and not particularly out of place.

I'd say it was the music I was into at the time, the artists that inspired me to start my journey. I'd had an interest in them long before I knew what they were, but in my early teens listening to rock and metal music I really started to take note. Anders Friden, the frontman for the Swedish band In Flames had some iconic dreadlocks at the time that I believe really swung it for me. Overtime I've found a connection beyond the initial aesthetic draw, which I think is why I've kept them for as long as I have - I think it would have been difficult to put up with them for so long if it was only for the aesthetic since they're so often rather uncooperative, but initially it was the bands I was listening to at the time. 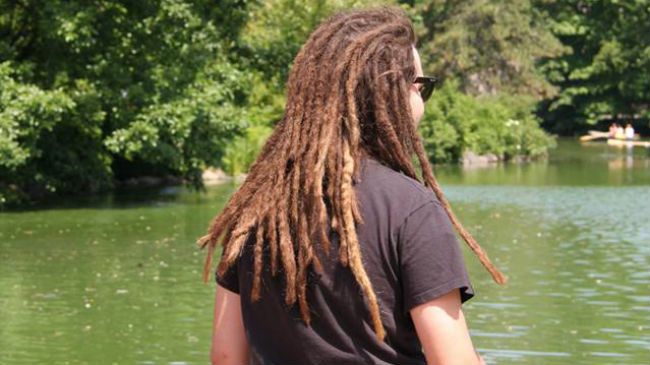 Given enough time, enough knots will form up and the hair will lock itself. It's really easy to freak out at the state of dreadlocks when they're young, sometimes people think that once you start dreadlocks that they're good to go from day one, others know that they take months to lock up but are not quite prepared for how they'll be in the meantime. They key really is to wait things out, keep them clean, separate as required, but otherwise just let them do their thing.

Aside from shampoos, I really don't make that much use of products.

I pretty much keep my hair clean and let it do it's thing. I do however have a spray from Dollylocks which I am quite partial to, it has a coconut and lime scent which I love and so I will sometimes make use of that. My favourite routine would be giving my hair a deep clean with some essential oils. Deep cleaning refreshes my whole head, breathes new life into my hair every time - so whenever I've got the time, I'll give them a soak.

With my blog I hoped that I'd be able to spare some people some of the pitfalls and just lay out unbiased pros and cons. 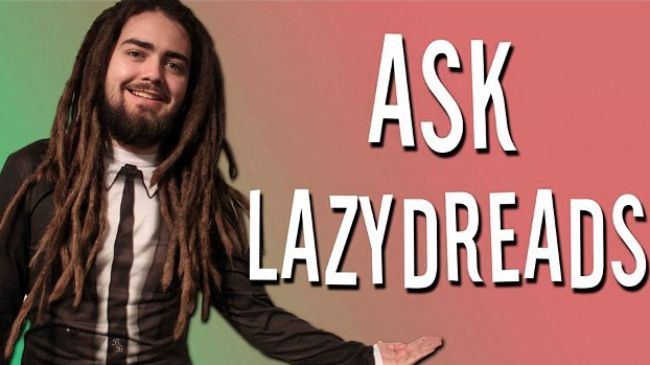 My Youtube channel was actually originally just a spin-off from my blog.

I felt that I could express myself better if I was able to sit in front of a camera and speak rather than try and type everything out. I started blogging about dreadlocks specifically because I felt it was a topic I'd had a fair amount of experience with (having already been locked for 5 years at that point). In my experience there is a lot of not all that great information floating around regarding starting and caring for dreadlocks. I myself have followed a lot of the questionable guides in the past and found that a lot of them are very product driven, with the results seeming to benefit the product companies more than the consumer. With my blog I hoped that I'd be able to spare some people some of the pitfalls and just lay out unbiased pros and cons.

You can find Lazy Dreads all over! Most of my content is on my Youtube page- Lazy Dreads.