10 Books That Will Change the Way You Think About Hair 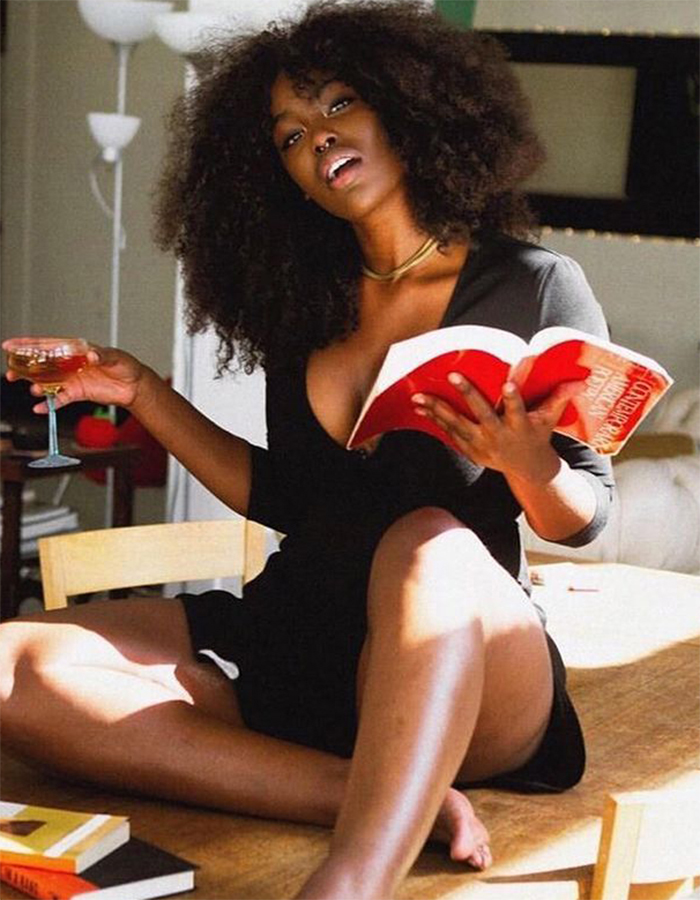 The discussions about natural hair and culture are not only happening on NaturallyCurly, but at colleges and universities across the country. Anthropology, sociology, history and journalism professors have written deep analyses about the race, class, and gender symbolism of hair styling in society. I mined my dissertation bibliography to compile a list of 10 of my favorite scholarly books on hair. Thank me later! 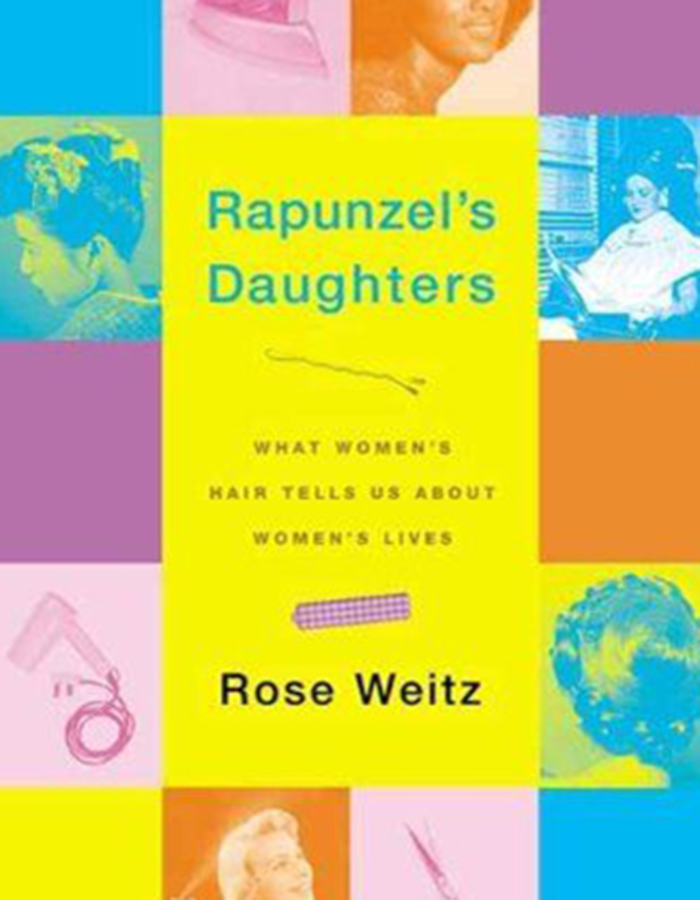 1. Rapunzel's Daughters: What Women's Hair Tells Us about Women's Lives by Rose Weitz

In Rapunzel's Daughters, sociologist Rose Weitz theorizes the power hair holds in society, especially for women. This theoretical tour de force takes the reader from the ancient world to the late twentieth century, examining the relationship between women's hair styling and sexuality, race, religion, work, health, and aging. Rapunzel's Daughters encourages the reader to turn a critical eye to her own hair journey and to reflect about what hair says regarding identity, inequality, and culture. 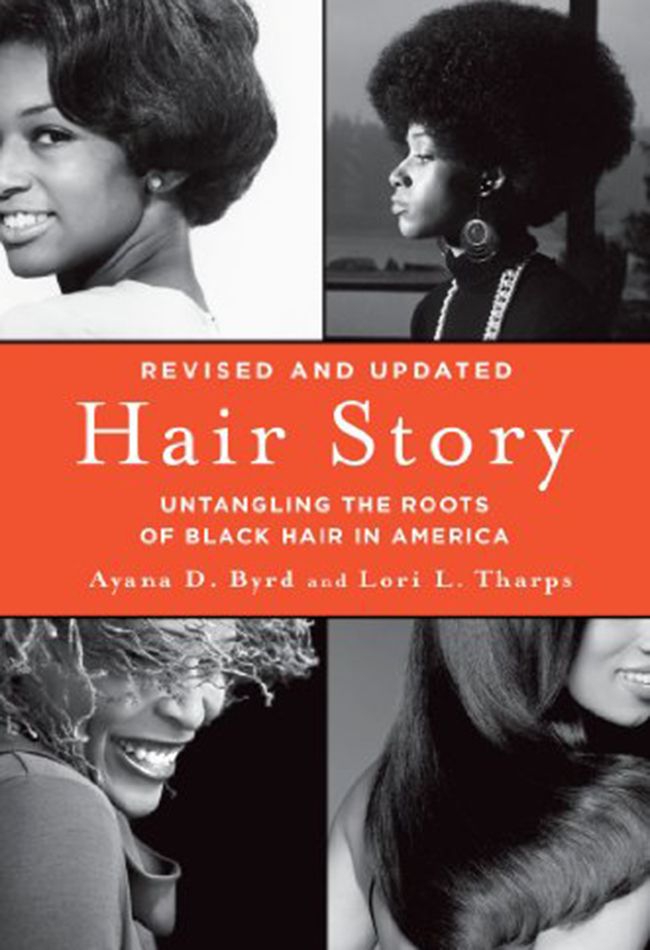 2. Hair Story: Untangling the Roots of Black Hair in America by Lori Tharps and Ayana Byrd

For over 15 years, Hair Story has been the go-to text for those curious about the significance of hair in the African American community. In the newest edition of Hair Story, journalism professors Lori Tharps and Ayana Byrd tell a broad, overarching story about Black hair--from West African hairstyling cultures in the 15th century to the emergence of the natural hair movement in the 2010s. Accessibly written and thoroughly researched, this book is the ideal start for learning about the history, politics, economics, and culture of Black hair. 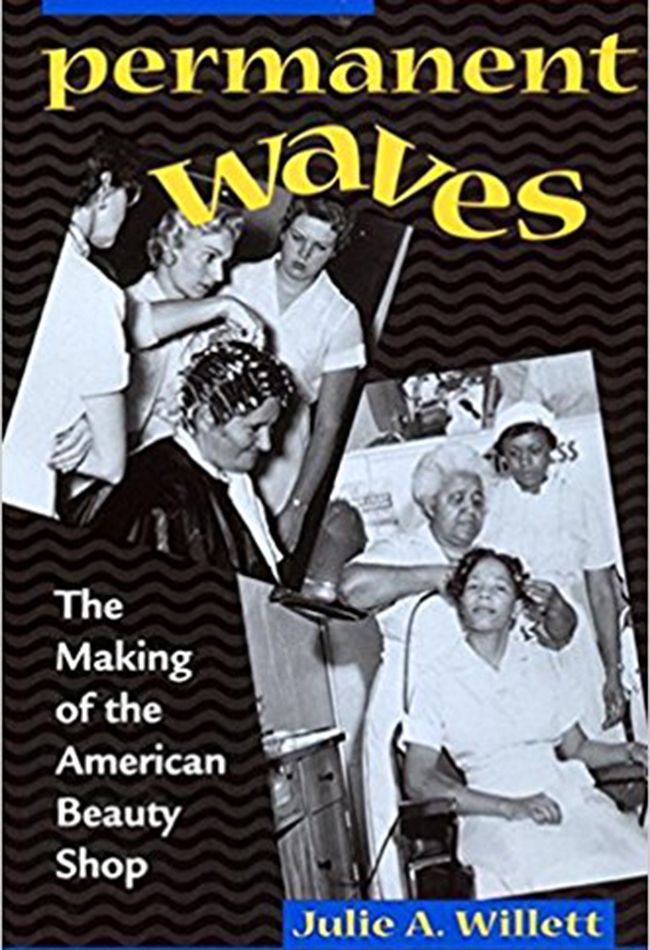 3. Permanent Waves: The Making of the American Beauty Shop by Julie Ann Willett

What does the racial segregation of the beauty shop say about American culture? How does the gender segregation of beauty shops from barber shops shape the social relations that occur within them? In Permanent Waves, historian Julie Willett describes the parallel conversations that white and black women were having in their salons during the 20th century. As women of all shades and backgrounds begin to embrace their curls, Permanent Waves may invite the reader to contemplate what it may mean to come together around texture in the future. 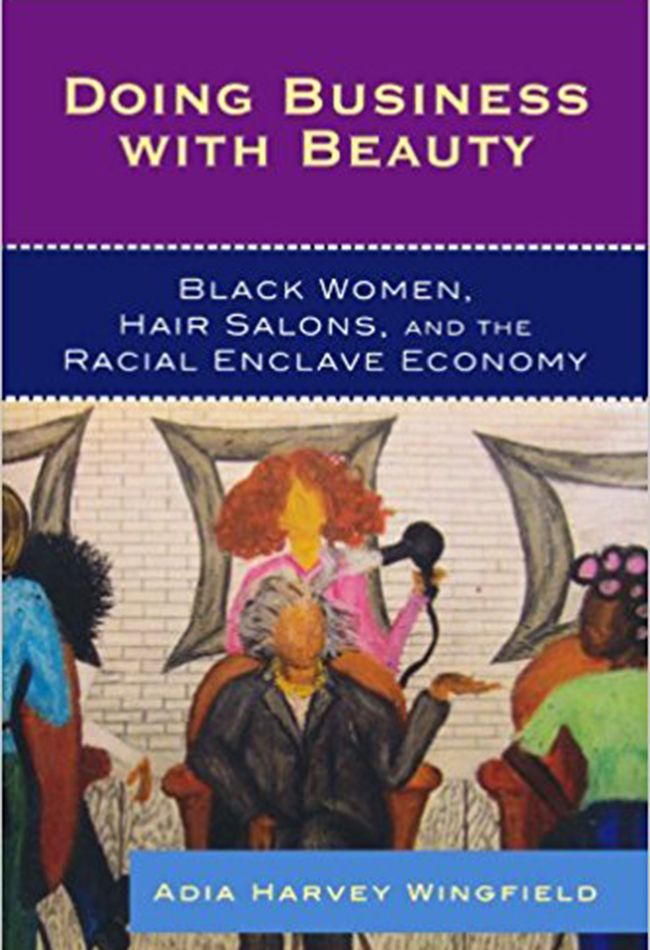 In Doing Business with Beauty, Adia Harvey Wingfield turns a sociological eye to the processes that attract large numbers of African American women to the hair care industry. Wingfield parses out the differences between race and ethnicity to describe how racism in the job market pushes Black women to start their own businesses, and how ethnicity shapes the relationships and services offered within salons owned by West African women. The interviews presented in this book will be of particular interest to the aspiring entrepreneur. 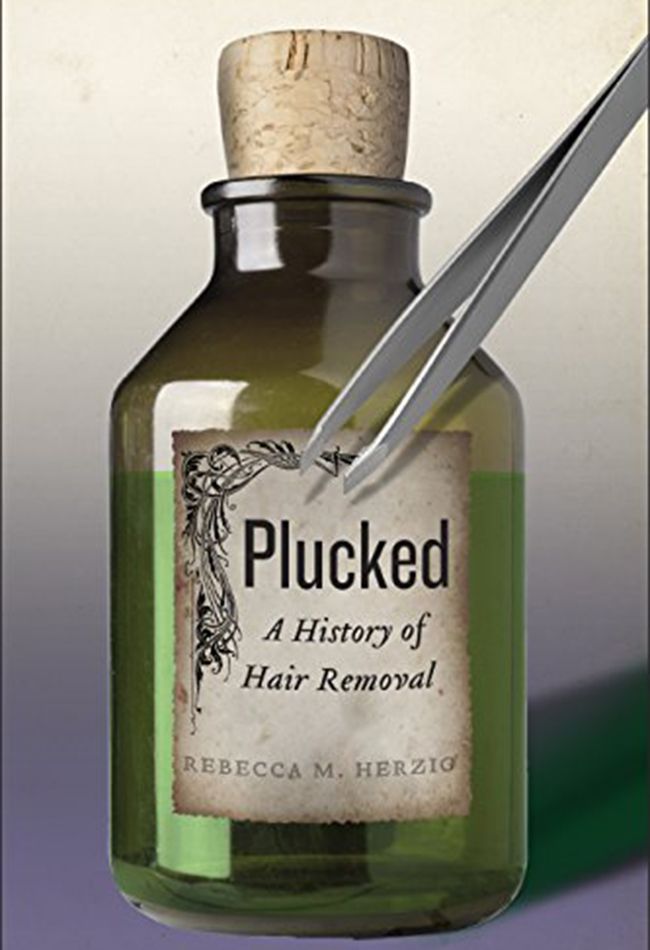 5. Plucked: A History of Hair Removal by Rebecca Herzig

Plucked is so valuable because it brings visibility to the increasingly invisible: women's body hair. In this book, professor of Gender and Sexuality Studies Rebecca Herzig traces the evolution of our ideas about body hair on women. In recent times, body hair has become symbolic of women's political extremism, laziness, or deviance. However, in the midst of a natural hair movement that emphasizes loving yourself just as you are, Plucked forces the reader to consider what expanding the natural hair movement from head hair to the rest of our bodies might mean. 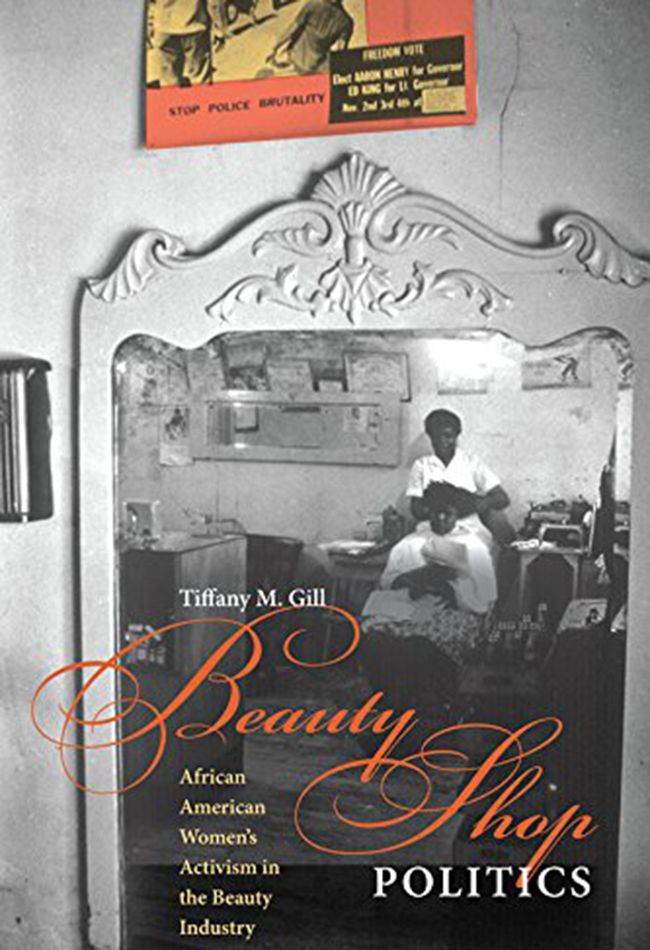 In Beauty Shop Politics, historian Tiffany Gill describes how beauty shops fostered Black feminist activism and sisterhood during the Jim Crow era. Beauty salons are often segregated by race and gender, enabling Black women to critique patriarchy and racism with one another in a safe space. Gill analyzes how beauty salon owners, or beauty culturists as they called themselves, presented an image to the world of Black women as entrepreneurial, fashion-forward and characteristically American during the Cold War--a time when Black women were immensely marginalized by race, class and gender at home. Beauty Shop Politics is a rare project that features Black women's contributions to shaping international, national, and local political affairs. 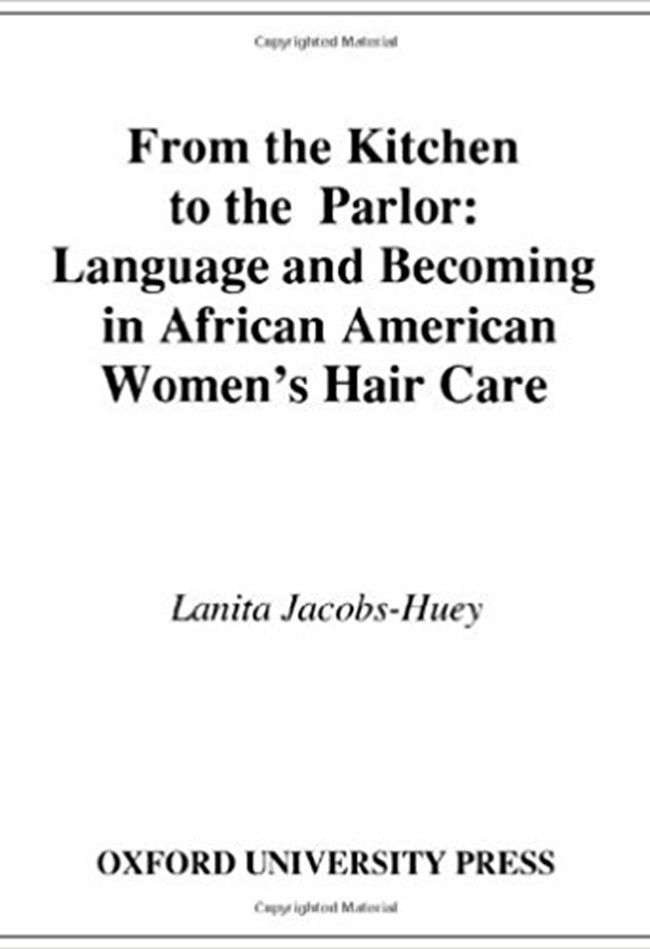 7. From the Kitchen to the Parlor: Language and Becoming in African American Women's Hair Care by Lanita Jacobs

Written by a professor and the daughter of a hairstylist, From the Kitchen to the Parlor analyzes how African American women talk about and style hair to articulate their racial, gender, and professional identities. Lanita Jacobs finds that Black hair stylists liken themselves to physicians in order to construct themselves as skilled experts on Black hair over and against their clients, kitchen beauticians, and non-Black women. Those interested in what the terms "good hair" and "bad hair" tell us about race, gender, and cultural relations will enjoy this linguistic anthropologist's deep discussion on the topic. 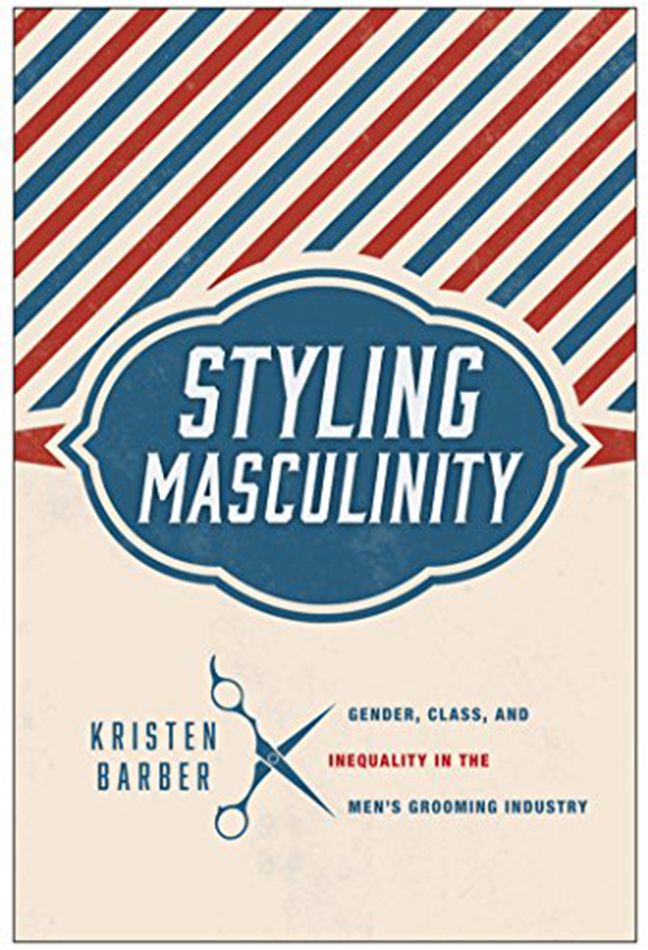 As the "metro-sexual" term evidences, straight professional men are increasingly engaging in beauty culture. In Styling Masculinity, sociologist Kristen Barber focuses on the newly emergent high-end men's hair salon. Styling Masculinity describes how clients work to protect and project their masculinity while getting facials, manicures, and coiffed hairdos. We also hear from women salon workers, who face unique obstacles due to their close, physical interactions with clients. Styling Masculinity is an excellent pick for readers interested in men's grooming and gender relations. 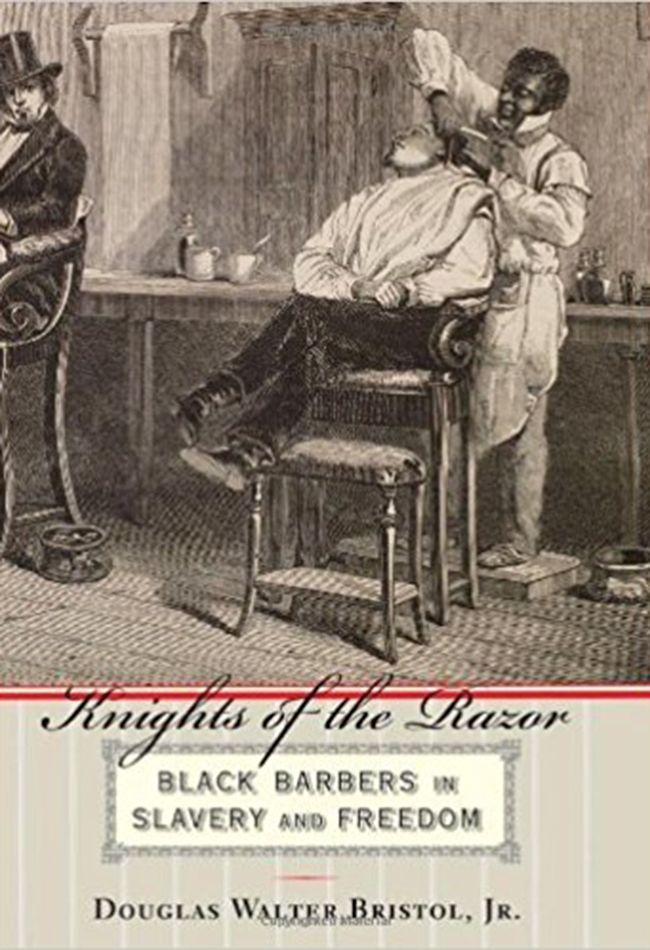 9. Knights of the Razor: Black Barbers in Slavery and Freedom by Douglas Bristol Jr.

Written by historian Douglas Bristol, Jr., Knights of the Razor reveals how barbering was a rare trade that enabled enslaved and free Black men to become entrepreneurial businessmen during the antebellum period. Though their close contact with white elites, Black barbers learned the limits and possibilities afforded by accommodating white middle-class masculine social etiquette. Armed with sharp razors, these men even enjoyed temporary power over white clients during a time where Black Americans in the South had very few civil liberties. If you're interested in how men fit into the social fabric of the beauty industry and race relations from the 19th to the mid-20th century, Knights of the Razor is a great place to start learning. 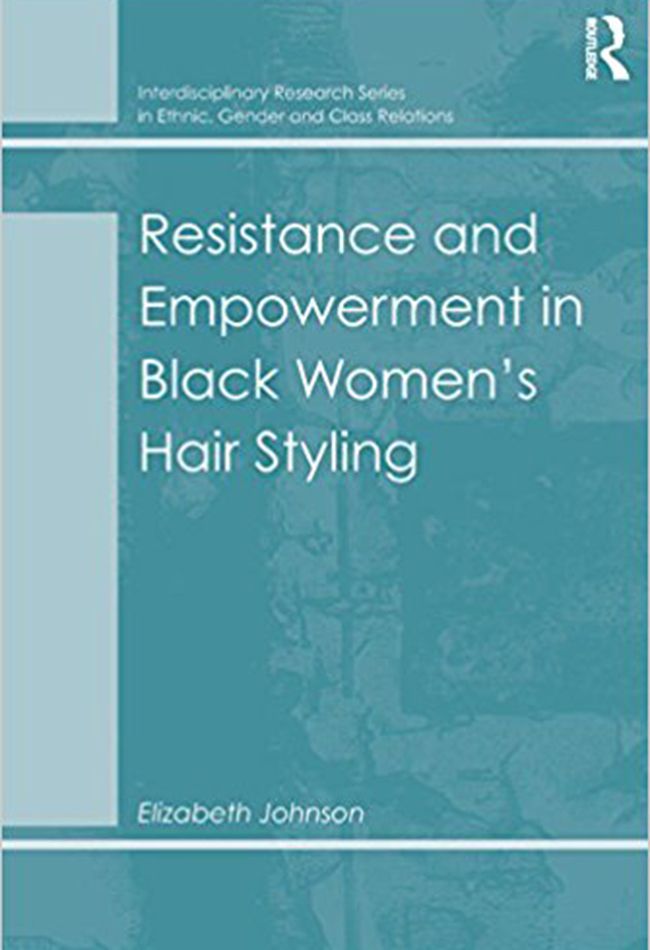 In this book, American Culture Studies Ph.D. Elizabeth Johnson unpacks the relationships between exclusionary media advertising, the racial ownership of cosmetics companies, and how Black women choose to style their hair. This book turns a critical eye to dominant media messages that kinky-curly hair is unmanageable, ugly or unprofessional, and analyzes advertisements that challenged those stigmas. Centering generation Y Black and multiracial women in the early 2000s, Resistance and Empowerment in Black Women's Hair Styling contextualizes the natural hair movement that was just about to emerge.

What are you and your curlfriends reading? Tell us below!