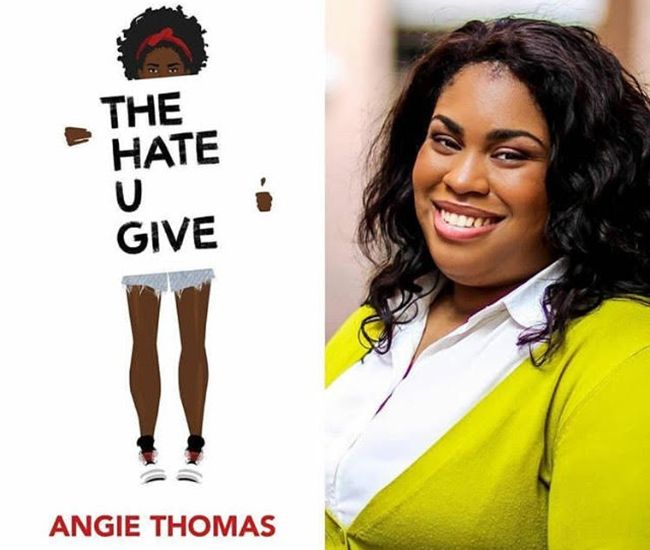 The Hate U Give is our NaturallyCurly Book Club pick of the month and a New York Times best-seller for the Young Adult Fiction category. This novel is tragically timely and fearlessIy honest, shining a light on police violence, systematic racism, and code-switching. Most importantly, it provides a first person perspective that forces the reader to explore the reality of racial injustice and provides an understanding of what it's like growing up Black in America.

Recently, I had the opportunity to have an exclusive interview with the author, Angie Thomas. We discussed the importance of representation, her inspiration behind her first novel and how she's using her voice to encourage others to speak up.

What's the book about?

The Hate U Give is inspired by the #BlackLivesMatter movement and takes place where the main character, Starr, 16, witnesses her best friend, Khalil, 17, get murdered by a police officer. Starr is straddling two worlds where she lives in a poor, predominantly black neighborhood, but attends a private school in the suburbs all while battling to remain true to who she is.

Who influenced you as a young girl?

Tupac was and still is my favorite rapper. He influenced so much of this book. The title itself comes from the tattoo that he had across his abdomen that so many people know him for, that thug life tattoo. And what people don't realize is that it actually stood for, the hate U give little infants effs everybody (ph). And he explained that as meaning that what society feeds into youth has a way of coming back and affecting us all. And in the novel, we see that in the form of riots. And we see that in the form of anger and frustration.

Why was it important for you to write this book for young-adult readers?

In so many cases where unarmed black people lost their lives, the victims were young. Trayvon Martin was 17. Tamir Rice was 12. Michael Brown was 18. When young people see that, they're affected by it. I know young boys in my neighborhood who said that they could have been Trayvon. They could have been Tamir. The young lady who was slammed on the floor at her school by a police officer, when they see that, they see themselves. I wanted to write this for them. I also knew that YA fiction goes beyond young adults. I wrote this from a perspective of a 16-year-old girl, so I felt like I had a better chance of reaching people who may take issue with the phrase "black lives matter." People who already have their preconceived notions about the movement, about all of it. If I presented it from the perspective of this innocent teenage woman, they might be able to understand.

Did you experience any pushback from your publishers on the decision to share an authentic and honest story?

I'm extremely lucky because my publisher went all-in behind this book. They're amazing. They recognized that there is a problem in publishing. They wanted to break away from the narrative that black books don't sell. I do hope that we'll start seeing more black girls on the cover of books, more books about black girls. Publishing does not target black kids like they should because they stereotypically think that black kids don't read. I could send them the emails that I get from black kids who have read this book. I've had so many of them. I hope that publishing will continue to give these kids mirrors, and the white kids who read this book will get windows into black kids' lives. 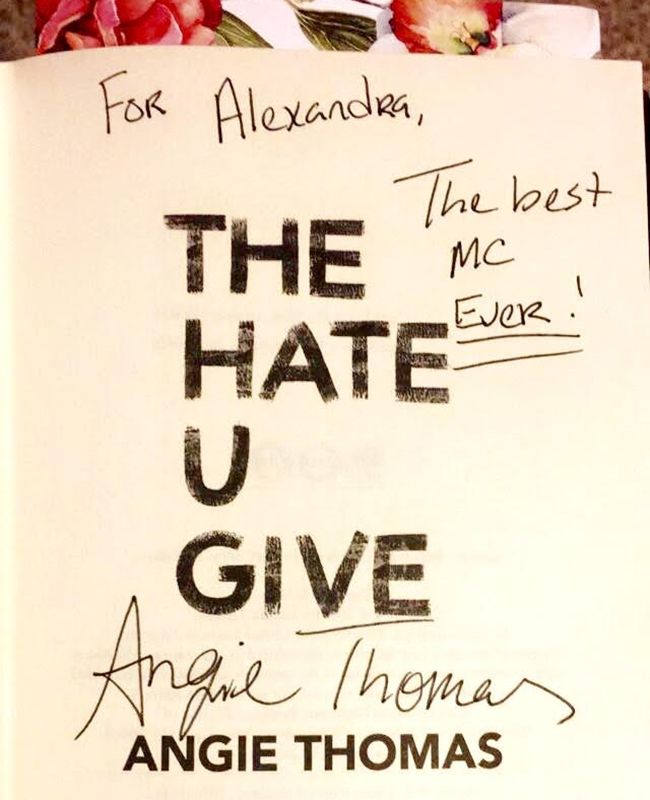 Our virtual book club meeting will take place live on Facebook, so that everybody can attend no matter where you live! Tune in to the NaturallyCurly Facebook page on August 17 at 2pm CST to discuss the book with us and other book club members! You can also follow #NaturallyCurlyBookClub on Instagram and Twitter to chat with us through the month as you read. We also filmed a Watch & Go for this book that will release next Wednesday on our YouTube channel.

Have you read The Hate U Give? If so share your thoughts below!