Lisa Price Opens Up About the L'Oreal Acquisition 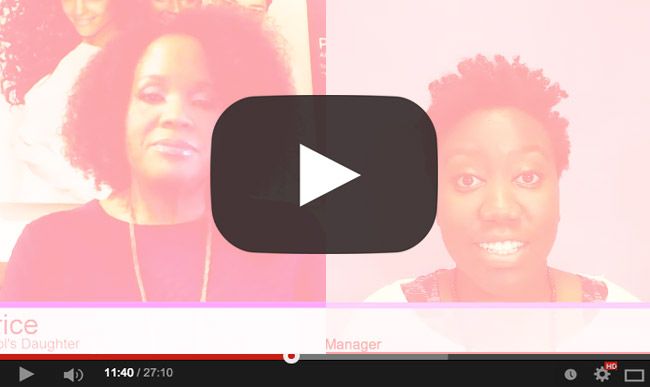 This week the natural hair community was galvanized by the news that Carol's Daughter was acquired by the largest cosmetics company in the world, L'Oreal. As a community who gets its information, support, inspiration and products online, it's only natural that they turned to social media to react. As speculations about product formulas and concerns regarding the legacy of the company arose in comment sections and Twitter feeds, we thought it best to take your questions straight to the source.

Lisa Price is the founder and is in actual fact, Carol's daughter. Price named the company after her mother when she began creating recipes that would go on to become the beloved Carol's Daughter products as we know them in her kitchen over 20 years ago. With the encouragement of her mother Carol, Lisa began selling her homemade goods at flea markets and today you can find them on the shelves of Ulta, HSN and Target.

As devoted Hair Milk users and admirers of Price's entrepreneurial achievements, we are thrilled to have the opportunity to speak one on one with the woman herself and relay the most asked questions from our community - first and foremost, will the products change? What does this acquisition mean for the future of Carol's Daughter, and for its long-time customers? And out of curiosity, what have the past few days been like for Lisa?

NaturallyCurly's Social Media Manager, Evelyn Ngugi, asked all of this and more in her exclusive interview with Lisa Price today. Lisa's answers were heartfelt and candid, and some may surprise you. She described the road to this acquisition and the role her children and her legacy played in this decision, "it's not something I did lightly, I mean the company is called Carol's Daughter, my mother is Carol, and I'm never going to do anything to make her not be proud of me. Even though she isn't physically here anymore I know she watches everything I do. So when I read that someone feels that I have lost my integrity it's painful, because I would never do that to my mother, and I would never do that to her memory. So that's what I think about when I move forward and make decisions, that's the legacy for me."

Watch the full interview and as always we want to hear from you in the comments below!