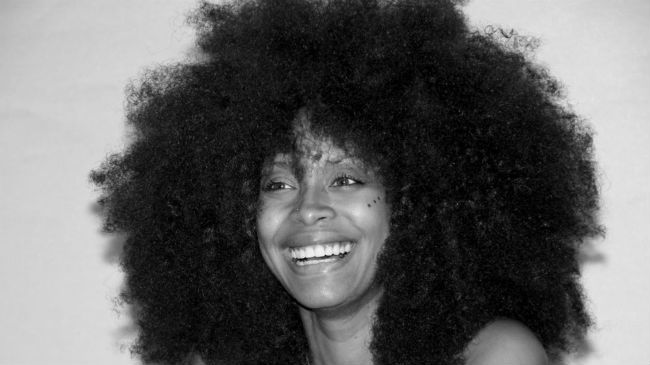 It’s safe to say that as a black child in this generation, your hair was either pressed or relaxed. Having natural hair (or what we called nappy hair) was unacceptable and made you an easy prey for ridicule. There was no alternative. You had to straighten your hair in some way and if your hair was not funky, fresh laid, you were bound to get teased. Negative labels were hurled from the classmates and playmates who had learned them from their mothers, aunts, and grandmothers. Nappy was not a sentimental word used to tell little girls how unique and beautiful their hair was.

Forgive me for not being politically correct, but this is my past and it's something I never want to relive. As I continue to fall in love with my natural hair, I had long forgotten the ugliness of the word and what it meant. I forgot about being teased for my kitchen (hair at the nape) being nappy or my new growth sticking out begging to be “tamed”. As a woman who is proud of her natural hair, the painful remnants of those memories began to resurface when younger generations started reclaiming the word nappy.

I don’t like the word. I cannot. Since everything you experience as a child is magnified from the impression of your psyche, i t’s difficult to embrace a word that was originally fueled with negativity. You want me to like that word? Really? Maybe I could have embraced nappy if it wasn't used as a tool to inflict shame and reinforce an inferior beauty complex.  I understand the desire to reclaim it and repurpose it as something beautiful, but the negative sentiment is ingrained in me. I love curls, coils, and even kinks but the naps? Love the naps? Sigh I cannot and please do not judge me for that, as some words cannot be reclaimed.

Take my parents for example: they are baby boomers who grew up with extremely negatively charged words that I cannot expect them to get past and accept. A word with such diversity and beauty was turned into something ugly…colored. That word means very little to me, but the word carries the memories of segregation that had a relentless chokehold on this country and minorities. For them to embrace that word would be asking too much, because it was used to symbolize and perpetuate hate so I get it...I really do. So I’m asking Generation Y, give me this pass on the word nappy because like my parents, I can’t get past it.

Love it, embrace it, nurture it, say it, and reclaim it as your own, but please do not expect me to do the same. I tried, I really did but the pain runs too deep for me to give a degrading word a new warm sentiment. I’m a Generation X kind of woman and as easily as African American can roll off the tongues of Generation Y, I feel more accustom and accepting of the word black. It’s not negative or disrespectful to me, but I am of another generation and my truth is not the same as yours. We can have dissimilar truths and still be in love with our natural hair. We can have a different pasts and still enjoy our curls and coils. We can share the word nappy, but understand and accept that it holds separate places in everyone's hair journey.

Sabrina, founder of seriouslynatural.org and contributor to several online publications, is a freelance writer who engages her audiences on the relevance of natural hair, beauty, and style.

Do you agree with reclaiming or repurposing the word nappy? Share your thoughts and experiences!