There's Still a Stigma Against Natural Hair (This Study is Proof) 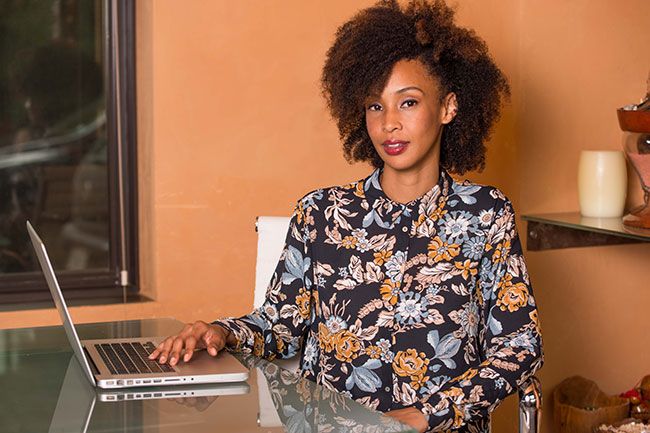 In our safe NaturallyCurly world, where we celebrate coils and kinks on a daily basis, we can lose sight of how society, as a whole, views natural hair. Facebook posts of naturalistas are greeted with thousands of likes and dozens of positive comments. Women are empowered and supported as they transition from relaxers to their natural texture.

So it was a bit of a shock to see the findings of the Perception Institute's "Good Hair" Study, the first study to examine implicit and explicit attitudes related to black women’s hair. In conjunction with a creative team at SheaMoisture. The study included 4,163 participants: a national sample of 3,475 men and women, and a sample of 688 “naturalista” women from an online natural hair community.

The study assessed women's explicit attitudes toward black women's hair, hair anxiety, and experiences related to their own hair and implicit attitudes toward black women's hair: Is natural hair viewed as professional in the workplace? Is it viewed as attractive by the opposity sex? Is there bias against natural hair? And can the science offer any solutions that can help reduce bias and promote positive perceptions of natural hair both for women themselves and among others who see them?

The "Good Hair" study was conducted by the Perception Institute, a consortium of researchers, advocates, and strategists who translate cutting edge mind science research on race, gender, ethnic, and other identities into solutions that reduce bias and discrimination, and promote belonging. The study found that tightly coiled hair texture is distinctly tied to blackness and has been a marker of black racial identity and beauty norms for centuries. While women of other races and ethnicities with curly or textured hair may experience significant pressure to conform to these beauty standards - I know I have felt that pressure throughout my life - black women experience a unique kind of pressure. Black women are often pitted against each other - those who are natural and those who chemically relax their hair. There are certain value judgments placed on how black women choose to wear their hair, according to the study.

There are certain value judgments placed on how black women choose to wear their hair, according to the study.

"Powered by editorial, advertising, fashion, Hollywood, and social media, the beauty industry drives our visual intake daily," said the study's authors. "Our perceptions stem largely from implicit visual processes, and as a result, our brains’ repeated exposure to smooth and silky hair linked to beauty, popularity, and wealth creates associations that smooth and silky hair is the beauty default. Naturally textured hair of black women, by comparison, is notably absent within dominant cultural representation which automatically ‘otherizes’ those natural images we do see – at best they are exotic, counter-cultural, or trendy; more often than not, they are marginal."

Since launching NaturallyCurly 19 years ago, it can be easy to focus on all of the progress that's been made. Whether it's attending a natural hair event or looking at the growing number of models who wear their hair natural, you can get the sense that everybody celebrates and embraces kinks and coils. But the 2016 study by the Perception Institute provided a sobering look at how much there is left to do to help women of color accept their hair, no matter how they choose to wear it.