What It's Like Having Natural Hair in South Africa #CurlsAroundtheWorld

The natural hair movement is a global phenomenon with fascinating local meanings. As part of my doctoral dissertation in sociology, I’ve spent the past four years speaking with bloggers, entrepreneurs, and everyday women about what natural hair means to them. In the fall of 2016, I traveled to South Africa to gain a richer understanding of the social, cultural, and historical significance of hair texture there. I learned just how complex the movement to celebrate kinky-curly hair is.

To understand what natural hair means in South Africa, you must first unpack the country’s unique racial history. Unlike many other places, South Africa has four main racial categories: black, coloured, Indian, and white. Most coloured South Africans are the multi-ethnic descendants of European colonizers, sub-Saharan African tribes, indigenous Khoi Khoi and San tribes, and formerly enslaved people from Southeast Asia. Their hair textures range from gladdes (straight/sleek) and krulle (curls) to kroes (kinks)—often in the same family—while most black South Africans have kinky-coily hair. This was particularly interesting to me, because I am easily read as black in the United States but more likely to be considered coloured with kroes hair in South Africa. 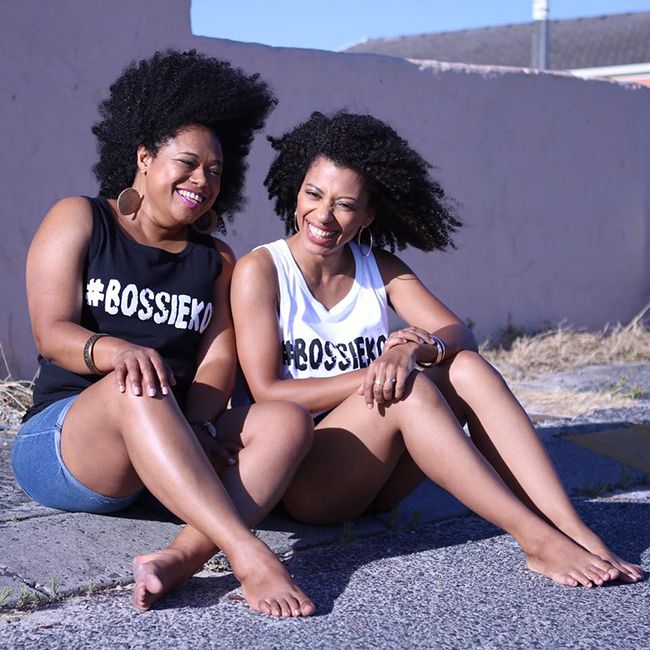 As an intermediate group in an apartheid racial hierarchy that privileged whiteness and denigrated blackness, coloured people stood to gain the most by appealing to white-centered ideals for long, straight hair. No person was ever legally reclassified from black to white during apartheid, but some coloured people successfully legislated their way to whiteness through the “pencil test” that rewarded gladdes hair. The significance of hair texture in the coloured community can be observed through insults like bossiekop(Afrikaans for “bushy head” in English), used to tease women with kinky hair. Natural hair influencers like Amanda Cooke of Cape Town Curly and Eleanor Barkes of Eleanor J’Adore are working to reclaim bossiekop in much the same way black women in the United States are reclaiming the word nappy.

South Africans are still reckoning with the aftermath of apartheid, which reserved elite institutions for whites only. Many black and coloured millennial women I interviewed felt pressured to assimilate into newly accessible spaces by straightening their hair. However, the “born-free” generation is more outspoken in fighting white-centered norms for professionalism and beauty.  For example, in August 2016, students at Pretoria Girl’s High successfully protested school rules that banned them from wearing their hair in Afros and large braids. The activism I observed around the natural hair in South Africa was truly inspiring, and a model for naturalistas around the world. 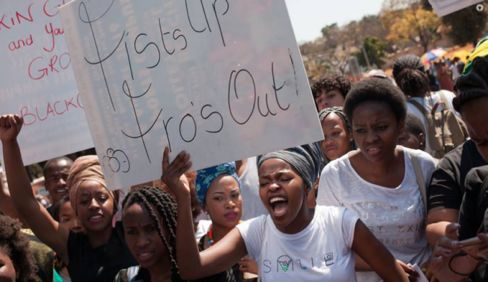 Wearing natural hair in South Africa is both a personal and political act. Even though coloured and black women often remain spatially and socially segregated due to the legacy of apartheid, they participate in natural hair movement spaces together. Some women I spoke with felt that the natural hair movement has become a racial bridge that undermines divisions rooted in European colonization. In addition, several coloured women told me that embracing their natural hair allowed them to proudly embody their African heritage for the first time.

As we learn about “Curls Around the World,” it is important to acknowledge that there is global inequality within the natural hair movement.  Natural hair influencers in South Africa compete with American and European women who enjoy greater access to start-up capital and affordable Internet. Most products for natural hair at convenience and beauty-supply stores in South Africa are manufactured by Western companies. However, a budding natural hair meet-up scene is giving local entrepreneurs more opportunities to shine. The product lines by Nubian Nature, The Perfect Hair, Natural Moisture and Naiobi’s Olive have much to offer, featuring ingredients indigenous to Southern Africa like aloe and mongongo oil.

Are you living outside of the U.S. and have natural hair? Share your experiences with us below!