What It’s Like to Live in LA With Natural Hair

Don’t be fooled by the silver screen, there’s a healthy natural hair scene in Los Angeles that is only getting stronger. 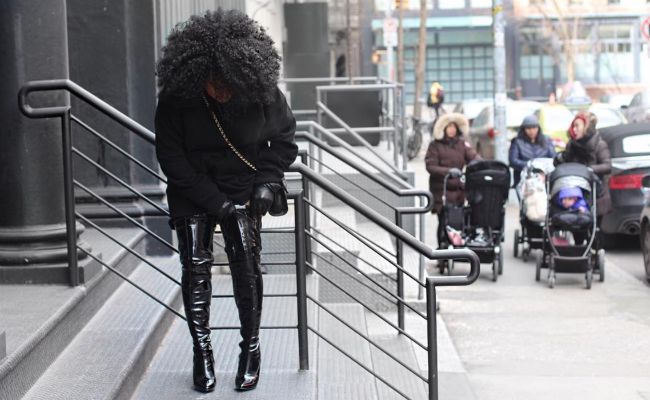 The natural hair scene in LA

The City of Angels tends to get a pretty bad rap across the board because of its partially undeserved reputation for being the epicenter of shallowness and a place where attractiveness doubles as currency. But is there a place among the cookie cutter models of the moment and aspirational 'It Girls' for the natural-haired woman?

Although I may be a six-year Angeleno with only six years under my belt, I feel qualified to say that the city is a safe place for ‘fros. Pardon me while I get all weather girl in front of an aerial map of LA. You will have no problem finding your curl creams, oils, and deep conditioners in beauty supply’s all over our fair city; we're also home to a fair amount of natural hair salons that are actually good. Now that's something, right?

There are meetups, expos, and an array of events dedicated to natural hair. Step into a fancy shmancy restaurant ad chances are you will not be the only natural there. Walk down the street and you will notice fellow naturals giving you the I-see-you-queen head nod. I live for that head nod, BTW.

Is there a 'safe zone' for natural hair in The City of Angels?

Anyone who lives in LA will tell you it is made up of numerous communities and subcultures, with a stoplight or two sometimes showing a gaping cultural divide. That being said, there are many safe zones for you and your hair. I have chatted with strangers about carrier oils versus essential oils and had healthy debates over LCO versus LOC. Don’t be fooled by the silver screen, there’s a healthy natural hair scene in Los Angeles that is only getting stronger.

Alas, Rome was not built in a day.

For every “You go, girl” I’ve gotten a “Can I touch your hair?” I have had my ‘fro fluffed at Bar Santa Monica, asked if I was my hair “with soap” in Hollywood, and even had my hair grabbed from behind in Beverly Hills. The dating scene is overflowing with fetishizers and points and stares are just part of the package. In this way LA is a microcosm of the world we live in. Progress has been made, visibility has increased, but more education and inclusivity is oh-so-necessary, and less traffic on the 405 wouldn’t hurt.

What's the natural hair scene like in your city?