The Psychology of Hair 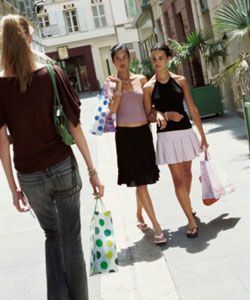 If you stress over your tresses to the point that unruly hair ruins your mood, you’re not alone.

A survey from Tresemmé showed that 23% of women don’t want to leave their house on a bad hair day. Extreme? Not when you consider that young girls receive more compliments for their hair, smile or eye color than for their soccer skills or math expertise, says Dr. Marianne LaFrance, a professor of psychology, women’s and gender studies at Yale University.

Even if parents take care to spread praise around to include non-beauty traits, the checkout lady at the grocery store is cooing over her long lashes, or a kindly school teacher doles out positive attention by complimenting her braids — there’s no avoiding it.

“From early on, women are given the message that appearance is massively important, and it can become a marker for their success in life," says LaFrance.

Hair can be a significant piece of that puzzle. In a Harvard study, women who felt that they looked younger after a cut, color or both showed a drop in blood pressure, suggesting that a simple haircut can make your body more youthful.

So the question is, if your hair can make you feel amazing — is that bad? For the most part, no. “Your outward appearance projects things about you, and people will make judgments about you based on that,” says Art Markman, Ph.D., a psychology professor at the University of Texas at Austin, and YouBeauty Psychology Advisor. Hair plays a role because it frames your face and it’s a prominent part of first impressions, so it’s fair game to care.

What’s more, he says, when you look good, it gives you an extra feeling of confidence, which allows you to take risks. You might find the nerve to speak to someone you normally wouldn’t, or do something gutsy in an office presentation. “There’s research that shows when you’re in a positive mood, a lot of things go better,” says Markman.

How Hair Defines You

Besides riding a good-hair high to social and work success, you can use hair to shape your identity. “Because hair is so malleable, it can give women a feeling of control over their bodies which they don’t otherwise have,” says Viren Swami, Ph.D., psychologist at the University of Westminster in London, and YouBeauty Attraction Expert.

Indeed, women have used hair to relay messages about who they are, and where they fit into their culture for centuries. Roman women powdered their hair with gold dust to convey wealth and decorated it with luxe accessories like gold hairnets and ivory pins. Marie Antoinette’s tall, ornate wigs indicated status and power (the term “bigwig” comes from 17th century England when wig size distinguished the upper class from the riffraff: Men of importance wore larger wigs and were called bigwigs).

MORE: How Healthy is Your Hair?

In the early 19th century, Flappers sported shorter, daring haircuts that defined them and made a powerful statement about their feelings on women’s liberation.

Lack of hair also makes a statement, most prominently in religious contexts. Think nun’s habits, burqas and wigs worn in some Orthodox Jewish denominations. These head coverings prevent the public from seeing women as objects of desire. The message is that hair is a powerful attraction tool, says Swami. 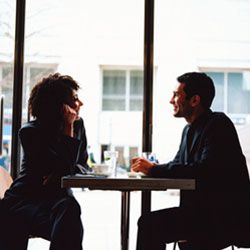 Long before wigs, scarves or hair pins, there were cavemen and women. Many scientists believe that hair played a role in mate selection.

“Hair on the top of our heads evolved to pad and warm the scalp but that doesn’t account for why we are able to grow it so long,” says Nancy Etcoff, Ph.D., psychologist at Harvard Medical School and author of “Survival of the Prettiest: The Science of Beauty.”

Eyelashes prevent sun glare and brows help animate facial expressions and keep sweat out of the eyes, but a long mane serves no practical purpose. It might have acted as an advertisement of fertility. Younger, fertile women have thicker, shinier, healthier looking hair than older women and hair could tell a male instantly how likely you were to have children and if you had the stamina to care for them.

“Every strand of hair has a blood supply, and reflects what’s going on in the body,” says Etcoff. Being able to produce a lush head of hair can (and still does to this day) indicate health and youth, just as having thinner graying hair signals aging. (Hair was an equal-opportunity fertility signal — it flagged healthy young males, too.)

Although expert opinions differ, there is also a theory that blonde color evolved to attract mates: when early humans migrated from warm desert climates to northern areas, fertility cues like a curvy or muscular body shape were hidden under warm clothing, so it’s possible that blonde hair, which is typically seen only in younger women, became a way to get attention.

Most of this still holds true today. Thick, abundant manes do look youthful and healthy, but many a raven-haired beauty or romantic redhead would challenge the notion that blonde is the most attractive.

Reasonably, if good hair can boost self-confidence, then when it misbehaves, it can have the opposite effect. A Yale study led by LaFrance and commissioned by Procter & Gamble found that when subjects recalled a bad hair day, their self-esteem dropped. Specifically, “bad hair” increased social insecurity and self-criticism and lowered performance self-esteem, hurting subjects’ can-do attitude toward personal accomplishments.

“We make choices every day about the kind of person we want to be, and we ask ourselves, do we look our best? Are we putting out there what we want people to see? The choices we make about how we look say something about our social identities and when the choices fit, that’s terrific, but when it doesn’t you feel out of sorts and that loss of control can derail your self-confidence,” LaFrance says. The stress is on par with spilling coffee on your blouse, she says. “It can make your mood sink like a stone, in the same way.”

More: The Science of Your Hair Type

While there’s no question that bad hair is, well, a bummer, it isn’t the end of the world. Research on appearance indicates that no one else is as focused on the snafu as you are.

“Although judgments are made quickly, they seem to be based on a number of variables,” says Swami, whose own research has shown that when others look at you, your hair, face and body are equally calculated with no single attribute standing out more than the other. Other studies support the notion that details like a rogue curl or bit of frizz seem to get by everyone else.

To prove this, in a study in the Journal of Personality and Social Psychology, researchers asked 44 college students to walk into a classroom of fellow students while wearing a t-shirt with either an embarrassing or flattering image. The students wearing the embarrassing shirts thought they stuck out like a sore thumb, but that actually wasn’t the case.

Once the subjects left, the majority of students in the room could not recall the image on their shirts. Researchers concluded that people overestimate how much others’ notice their appearance both positively and negatively and that the “social spotlight” doesn’t shine on us as much as we think.

Remember all this on a rainy day when your bangs misbehave or if your locks are curlier or straighter than you’d like. In the larger picture, no one will notice.