Why I Cut Off My Dreads of 10 Years 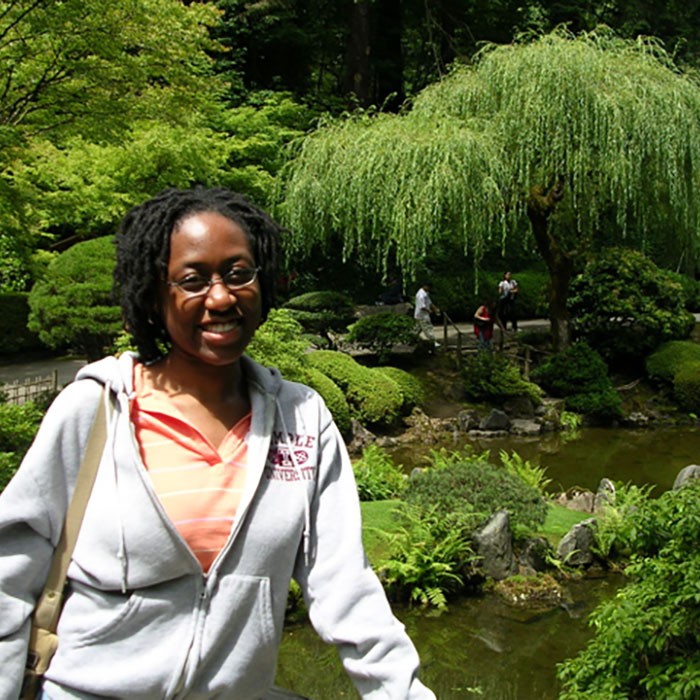 I was on my second set of locs. They were about three years old, and while I began twisting them monthly in their infant stage, as they grew, I ended up semi-freeforming them; washing, separating, oiling, and going about my day.

Part of why I semi-freeformed was laziness. But I was also a busy mom of two elementary school-aged boys and time was at a premium. I like doing my hair, but I don’t like to feel tired and rushed during the process. Also, I’d moved past the idea that my locs had to be neat at all times. The freedom of washing, moisturizing, and quickly moving on was attractive.

I love locs. And I have a special love for free-form locs. And having them worked for me.

So why did I find myself sitting in a stylist chair getting my third big chop? 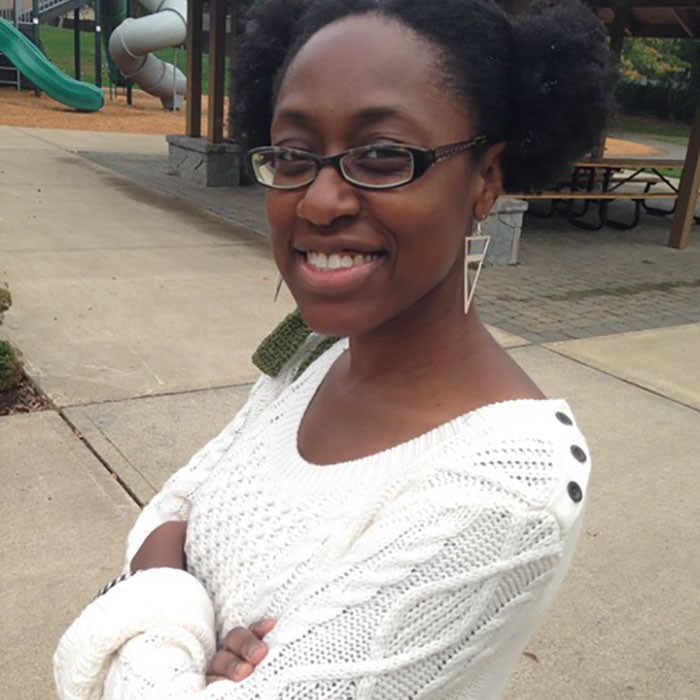 As most black women have experienced, there is this ritual around getting our hair done. For me, that started when I was 11 years old. Up until then, my mother did my hair herself and when I was about 7 or 8, she started giving me a “kiddie” relaxer maybe once or twice a year. But now, I would start getting my hair relaxed more often, like her. And I’d be able to get more interesting styles that my mom couldn’t do, like an asymmetrical cut or finger waves (I totally dated myself here).

So my mom, aunt, cousin, and myself all went to the salon every two weeks. I would get my hair washed and styled; but every 6-8 weeks, I’d get the relaxer touch-up. I wasn’t the most popular girl in school, but at least my hair wouldn’t be a thing for me to get teased about, right? And our family spent this time to catch up on things, gossip, and talk family history.

But I always heard about how “coarse” my hair was. How thick it got. The unspoken assertion was there was really no other way to manage it except to straighten it out. So when I was in my early 20s, and started playing with the idea of going natural, those voices got louder. How would I take care of my hair? What kind of style would I be getting exactly? 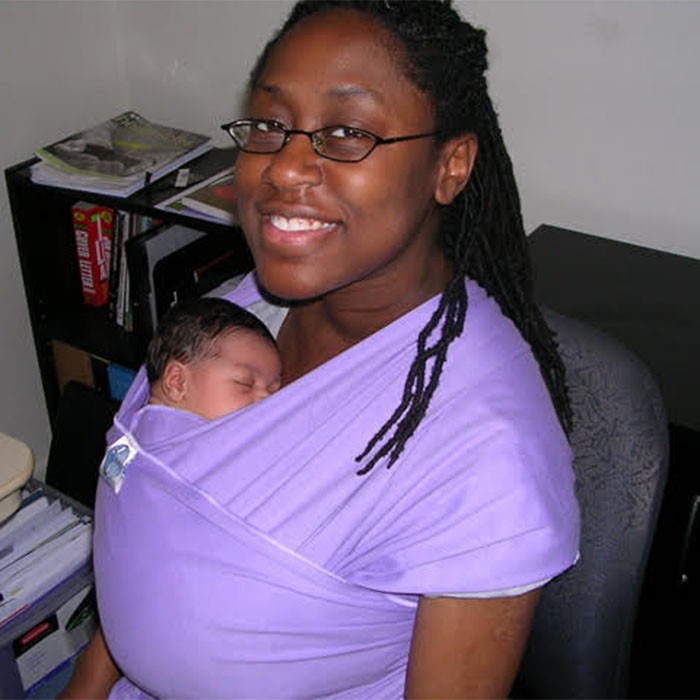 So I took baby steps, as most of us do, and stopped relaxing my hair, replacing that with a press and curl. When I felt like I had enough new growth, I took the plunge and had my very first big chop. I sought out a new stylist who only did natural hair. She sported a beautiful head of locs that coursed down to the middle of her back. I remember she kept asking me was I aware of how short it was going to be. Pfft! Of course I did. Can you get on with it?

I will say that while I got used to the new look very quickly, right after it was done and I got home? I had to lay down. Yeah, it was pretty short. Very short. Yikes. I felt a bit of anxiety going to class the next day. Remember that Peanuts comic where Linus tells Lucy about being aware of his tongue? Well, I was incredibly aware of my head.

But you know how it goes. People compliment you and talk about what a great shaped head you have. And having short, chemical-free hair felt good. Never regretted it or looked back. I thought, I am at peak awareness and acceptance of my black self. I am natural. I have nothing else to learn. Wrong.

Now even though I was natural, I was still getting these your-hair-is-really-hard-to-manage messages. I found a second stylist to do my two-strand twists every two weeks and somehow I got the idea that my hair would be a perfect candidate for locs because my hair was so...whatever it was. Coarse, thick, you know the drill. Yeah, tell that to my edges. After I went natural, I saw that I had different textures on my head and the areas near my hairline on the sides were persnickety (and they still vex me).

So I started locing my hair. And it was easier in many ways. No more combing, so less manipulation. Locs really are the ultimate protective style. My hair pretty much thrived. Even after I moved to Eastern Washington State, where black people are in low supply, I began doing my own loc maintenance with no problems at all. I had this. I don’t need a salon!

Until I had a baby.

I held on for as long as I could. But by the time my son was a year and a half, I was so done with my hair. I was tired. My son was bouncing off the walls. I was also making a tremendous effort to make Mommy Friends in my new hometown (we’d moved to the Portland, Oregon area when I was 4 months pregnant). So that summer my mom was scheduled to visit us and I asked her if she minded cutting my locs off.

“Shouldn’t you think about it more?”

I imagined her eyebrows rising, about to take off from her head.

When I first cut my hair, the idea was to grow it out. I tolerated the short phase and grinded my teeth during that in-between phase (which, admittedly, is rough). Because the goal was the long phase. What happened at this point in my life is that I embraced the short phase. Because my hair is beautiful no matter how long it is. And this is what my hair looks like when it’s short. Deal with it. It’s just hair. It can grow back. 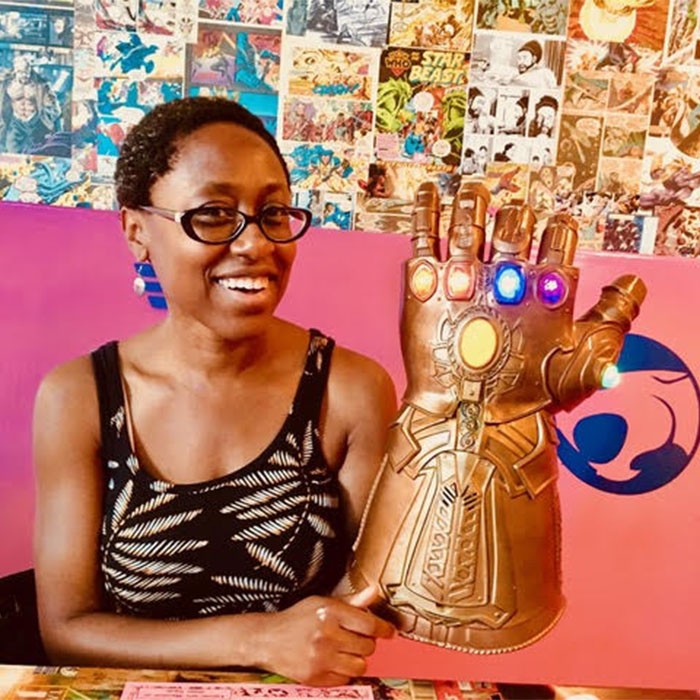 Does anyone else talk to their hair? I don’t know what she wants or needs half the time. And then I had two babies and I am one of those women whose hair likes to fall out after giving birth. However, I did find out that she really likes protein. That was definitely a lightbulb moment.

So I decided to grow my second set of locs in 2015. She (my hair) was crying for something new. It was gonna be locs or another big chop. Both my kids were older, so I felt like I had more time (hah!) to maybe devote to loc maintenance. But also, what is this about semi-freeforming? Should I do that? I liked doing my hair, but twisting new growth can sometimes create too much tension, and then breakage. Another chain fell. I don’t need my locs to be “perfect”. I’m going to embrace some of the wildness, the uncertainty.

And three years later, I was sitting in a chair getting them chopped off.

Well, I had another epiphany. Remember all the comments about my thick, coarse hair? Yes, it’s thick. But guess what? The strands are thin. Which means they are very delicate. And when I’d decided to loc, I wanted to make them a little bigger than my last set. And they looked pretty sparse when they were babies, but I figured they would thicken up later. However, when you have thin strands, they can only handle so much. So while I had to only combine locs once with my first set, I was forced to combine locs a few times with this second set because the roots were getting thinned out.

Finally, I had a patch that was getting uncomfortably thin. Freaked me out. So literally the next day, I went to have my locs cut off. Sounds super dramatic. But I had been thinking about this for a while (hence, the alacrity with which I was able to book an appointment and get it done). My hair was telling me she wanted something else again.

I had no qualms about sporting short hair, but where did all these grays come from?

To color or not to color

I’m not going to lie. The grays shook me. Even though a lot of people start graying in their 20s and 30s, and even as early as their teens, getting gray hair is still a sign of, let’s be real, getting old. When I saw those grays, I fell into that needing-to-lay-down mindset after I got my first big chop.

But like before, I very quickly grew up and began not to care. I like them now. I started thinking about how cool it would be to have a big fro with sprinkles of grey or a orb of white. Or a silver or white twa.

But, color is cool too. Here’s a secret that’s not a secret anymore: I have never, ever colored my hair. So I’m shifting between leaving my hair be or experimenting with color. And it feels anticlimactic to just cover my grays up. If I am going to color, I want it to be something fun, like blue or purple (my kids voted on pinkish ends with violet roots like Gamora from Guardians of the Galaxy, but that may a bit too much for me!).

I’ve learned that there is always more to learn with your hair. Going natural is simply that first step. And hopefully we’ll all get to a point where we choose styles we love and want, not styles to cover up some insecurity.

Do you have locs? Share your journey with us in the comments below!