YSL Needs to Switch up their Swatch Game

My toleration for absorption of brand nonsense on any given day and my level of eye-twitching have an inverse relationship.

So you know when I saw this ridiculousness on Facebook over the weekend, I had to get out the sedatives and the special optical tape. 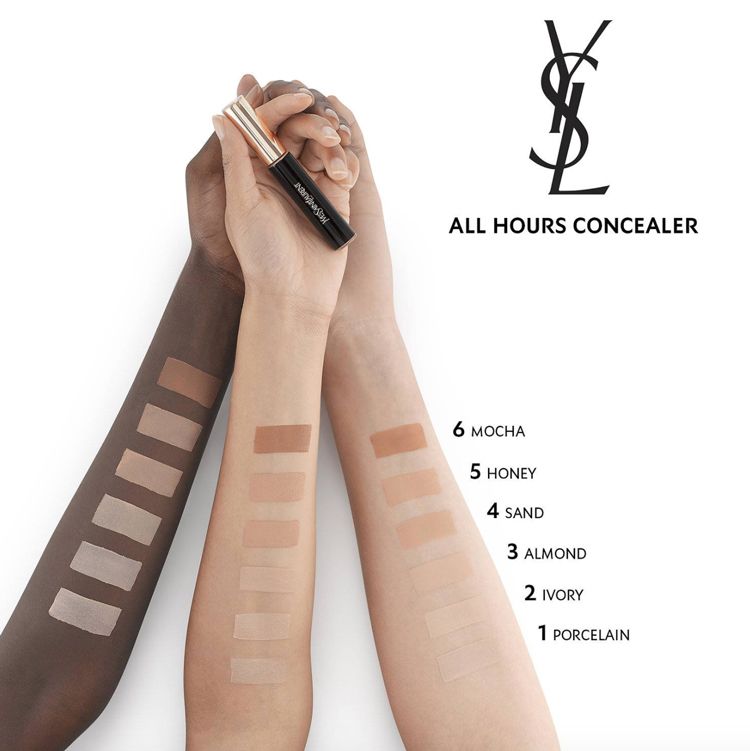 This image appears on the online Sephora listing for Yves Saint Laurent's All Hours Concealer, although it's not (or is no longer) on the YSL site listing proper. Rest assured though, unapproved images aren't really a 'thing' in top tier retailing, so someone from YSL absolutely signed off on this.

Now listen, I don't do base, foundation, powder, primer, concealer, BB cream, any of that stuff except for on the BEST of days. To be 100% honest, I don't know what the difference between most of that stuff even is. But I'm not an MUA. I'm a copywriter. And while it might not be in my official job title here at NaturallyCurly, I'm also a pretty bomb-ass branding strategist. Getting people information about things they want and need has been the last 9 years of my life educationally and professionally. And I say all that to say this: You CANNOT as a company blindly jump on what looks like a trend without looking into what it can actually DO for your brand.

See, what it looks like here is that YSL looked at brands like Beauty Bakerie, and Anastasia Beverly Hills and said 'Okay, what sells is multicolored women swatching the products, we'll just do that'. But they did so without understanding three things.

One: The deeper skinned women that currently fall outside of most beauty campaigns and offerings are not to be included to be "on trend".

They're included because WE ARE CONSUMERS. There's nothing that's being said about the lack of professionalism and offerings surrounding makeup and dark skin that hasn't been said for decades, the only thing different is that social media is amplifying previously unheard voices to the point where we can't be ignored. Our purchasing power is MASSIVE. And even if it's just for mercenary reasons, no company worth its salt wouldn't want to capitalize.

Two: Swatching is for products that are supposed to be seen. Like this highlight kit.

The whole entire point of more and more makeup brands including light, tawny, and deep toned forearms in their promo photos is to show off how the products look on a few different skin tones so that no one ends up with something that's too rich or too low-coverage for them. Obviously the amount of skintones we all have varies in shades of brown and pink as well as undertones, but GENERALLY, you can get some sense of how a product will work out on your complexion when the product is swatched on more than one model. But with concealer...what exactly is the point of showing a porcelain pimple hiding cream on an ebony arm? I don't give a bran cereal cleanse fart about your blending skills, NO ONE'S that good. Obviously.

I do understand that with seasonal changes, we'll all need different shades to compensate for sun exposure, and watching cousin Jackie did let me know that you can contour with concealer. So while it might be argued that it's not a misstep to show products that are darker on the lighter models in that picture, this last point still remains...

Three: It makes 0 sense to highlight the fact that there are people your products will not work for.

As we can see with that beautiful black skin in the picture, the darkest shade that YSL is offering is still so so sooooooooo far off from her shade as to be laughable. Except no one laughs because this kind of mediocrity is expected from everyone darker than a Werther's Original. Pardon the food comparisons, taking part in the sugar challenge has been difficult for me. But this is basically the equivalent of hiring me and my size 18 plushness to model for Victoria's Secret's core sizes, just because big girls not hating themselves is the wave. Why would anyone expect to reach the plus-size market by squeezing my generously portioned figure into a teddy made for consumers half my weight? And why would anyone expect to reach darker skinned WOC by showing off the fact that their product is wholly inadequate for their needs? 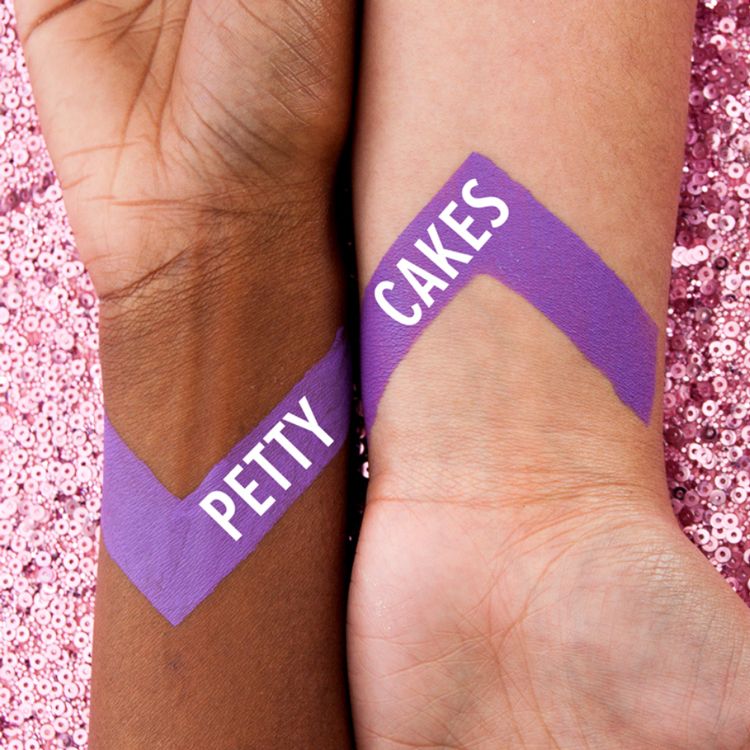 This lip whip's name has absolutely nothing to do with this article...probably.

I understand that this is a new line. Looking through YSL's site though, it doesn't really look like they're trying to upset Fenty any time soon, and since they're hardly crying about not having my money, I'm not crying about not being able to give it to them since I have other options (most of which are just letting my scars and pimples hang out, honestly). What's chafing my buns here is that using a dark skinned individual to sell something so CLEARLY not meant for us isn't even a cynical cash-grab, it's just...dumb.

Curlies, with makeup marketing missteps would you take calculated evil over plain old ignorance or vice versa? Let us know in the comments!