Two Women Team Up to Create an Afro Emoji

Two women with natural hair, Rhianna Jones and Kerrilyn Gibson, are coming together to create change so that curly hair is represented in emojis to help foster social acceptance and conversation around natural hair. 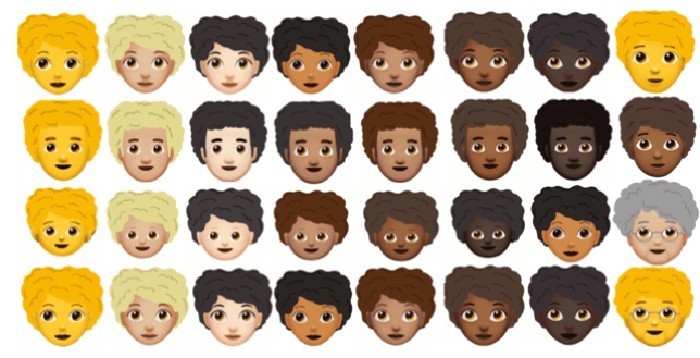 Creator, Rhianna Jones and Designer, Kerrilyn Gibson have proposed an afro emoji to create representation digitally. Rhianna created the #AfroHairMatters campaign to serve the online interaction of this generation. She believes that every person truly deserves to see themselves in their digital conversations. Emojis are creative symbols that bring personality to digital platforms. Rhianna knows that many kids with afro hair are growing up in this digital generation, and wants them to be able to see themselves on screen. She hopes that many children will be proud of their natural hair, and having their reflection visible will be sure to help.

In a recent NY Times interview Jones explains, “With the Afro emoji, I want to create a space where we can bring that big-hair energy and celebrate our roots in digital spaces,” said Ms. Jones, who added that it was important that the emoji be “for us, by us.

“It would be impossible for any singular design to encompass the mul-titextural complexity of Afro hair, with the variety in coils, lengths, volumes,” she said. “However, we feel our design is discernibly an Afro; it grows up, defies gravity and takes up space.”

Rhianna officially launched a change.org petition targeted to Unicode, which sets the standard for computer coding for the computer industry. Top executives from Google, Apple, Facebook, and other tech companies are all included in The Unicode Consortium. This group meets every quarter to agree on and approve emojis once every year. The digital petition gained an overwhelming amount of public and media support. In just the first month, she received over 50,000 signatures from all over the world. People of all languages, ages, and backgrounds have left incredibly powerful comments on their personal hair journeys. 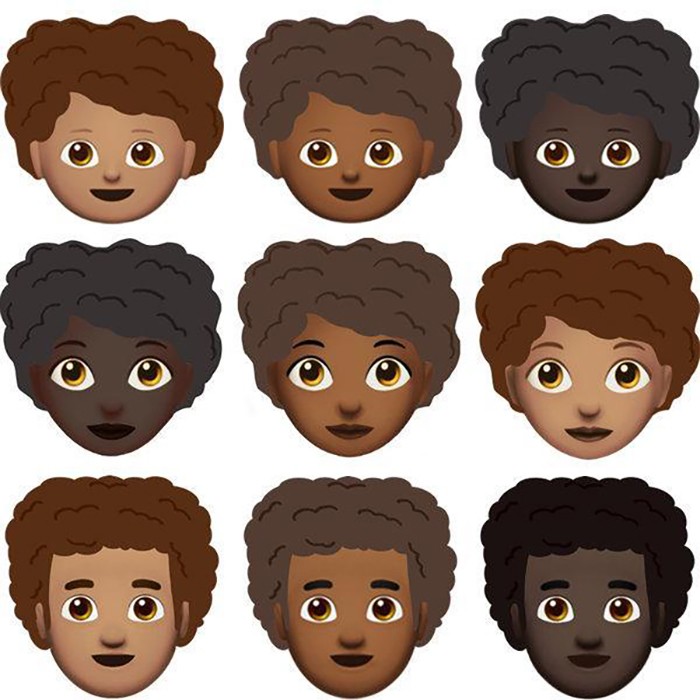 Rhianna loves her natural hair and the happiness it brings her. To her, her afro is more than just a hairstyle. Her afro is an iconic symbol for cultural history and pride. The afro emoji also serves as a symbol for our culture. She feels that the afro emoji isn’t just about big hair. It also symbolizes our culture’s big voices, big stories, and big energy. This emoji will represent the big personalities of the current culture. Overall, the #AfroHairMatters campaign is more than just a promotion of emojis. Rhianna wants this campaign to diversify the conversations people are having in real life and digitally. She also suggested a wide variety of skin tones, gender identities, and ages in her proposal to compliment this concept.

“The fact that NYC had to make anti-black hair discrimination a human rights violation speaks to the fact that this is a pervasive issue that needs to be tackled. It’s not okay in 2019 that people are being policed just for existing and just for wanting to celebrate their natural selves and not abiding to the incredibly toxic, chemical, expensive, procedures that we take on to adhere to these societal constructs. Ultimately, I would love to get to the place where people of color only straighten their hair or modify their hair natural because they want to not because they feel the need to.”

It is Rhianna’s and Kerrilyn’s ultimate goal that people all around the world come together to share their hair stories while redefining the beauty norms, for hair inclusivity to prosper. With inspiration from the afro emoji, she hopes that many will embrace their skin and the hair that they’ve been given, and are in.